Supporting the Game that Sustained Him in War

World of Warcraft saw Aramis Ramirez through two tours in the Middle East. Now, as Blizzard’s Associate PR Manager, he’s helping the game team triumph in their own campaigns. 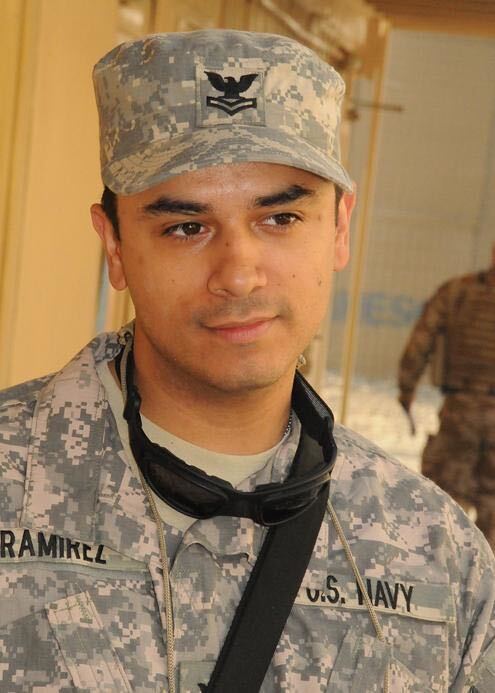 As a Mass Communication Specialist in Afghanistan in 2008, Aramis Ramirez served as a photojournalist, documenting moments of life and death for Afghan,  American, and Allied soldiers and civilians in the midst of war.

A good number of Ramirez’s photos and articles focused on local rebuilding and training efforts, which meant he was frequently off base, where every piece of trash, unattended bag, or pothole could have masked an IED.

“When you’re traveling, every bump in the road has you thinking, ‘Please don’t let it be that one bump,’” Ramirez says.

Sometimes, Ramirez was called in to chronicle ramp ceremonies, where soldiers gathered to honor the flag-draped coffins of their fallen colleagues and escort them onto their final transports home.

“You’re taught as a documentarian to remain neutral about your subject and to not be overrun by emotion,” says Ramirez, a self-described “military brat” who followed his mother, one of the first women deployed overseas, into the Navy. “But there were times when I’d be crying along with the people I was documenting, especially during those ceremonies.”

To unwind in off hours, Ramirez would retreat with his personal laptop to a small portable office on base and escape into World of Warcraft. Before his first deployment, he’d joined a well-known guild of fellow LGBTQ+ players. At a time when Don’t Ask, Don’t Tell was still a military policy, World of Warcraft was the only place Ramirez could be open as a gay man and find LGBTQ+ community. “It was a really valuable place to connect with friends,” he says.

In an active warzone, these gaming sessions also served as powerful mindfulness exercises. One Thanksgiving morning, for example, things were quiet on base as service members looked forward to a day of relaxation and a good meal. Ramirez, who had started his first tour in Afghanistan only a few weeks prior, was just opening his gaming laptop when a nearby explosion rattled the meager portable where he played. Someone had set off an IED at the base’s main gate.

“At first, I was shaken. The explosion was close,” Ramirez says. “Then I remember thinking, ‘I’m going to do as I was planning to do: I’m going to open my laptop and play this game while our leaders capture the information they need and inform us of next steps.’”

And so he did. Throughout two tours in the Middle East, World of Warcraft remained a means for Ramirez to escape, and the friendships he made in his guild deepened over time. 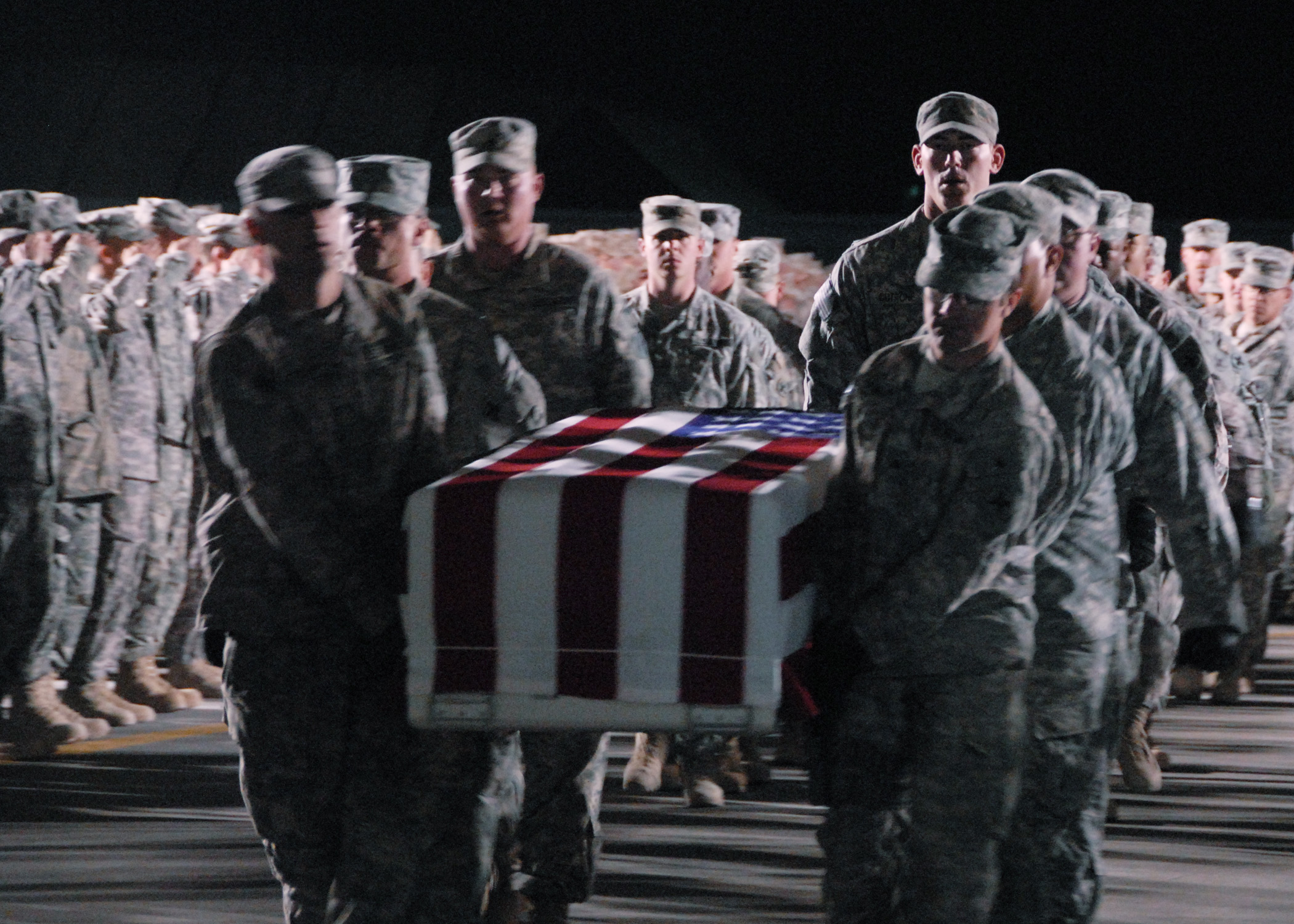 SOLEMN DUTY: As a photojournalist deployed in the Middle East, Ramirez often documented ramp ceremonies for fallen soldiers, like this procession in Kandahar. ISAF PUBLIC AFFAIRS 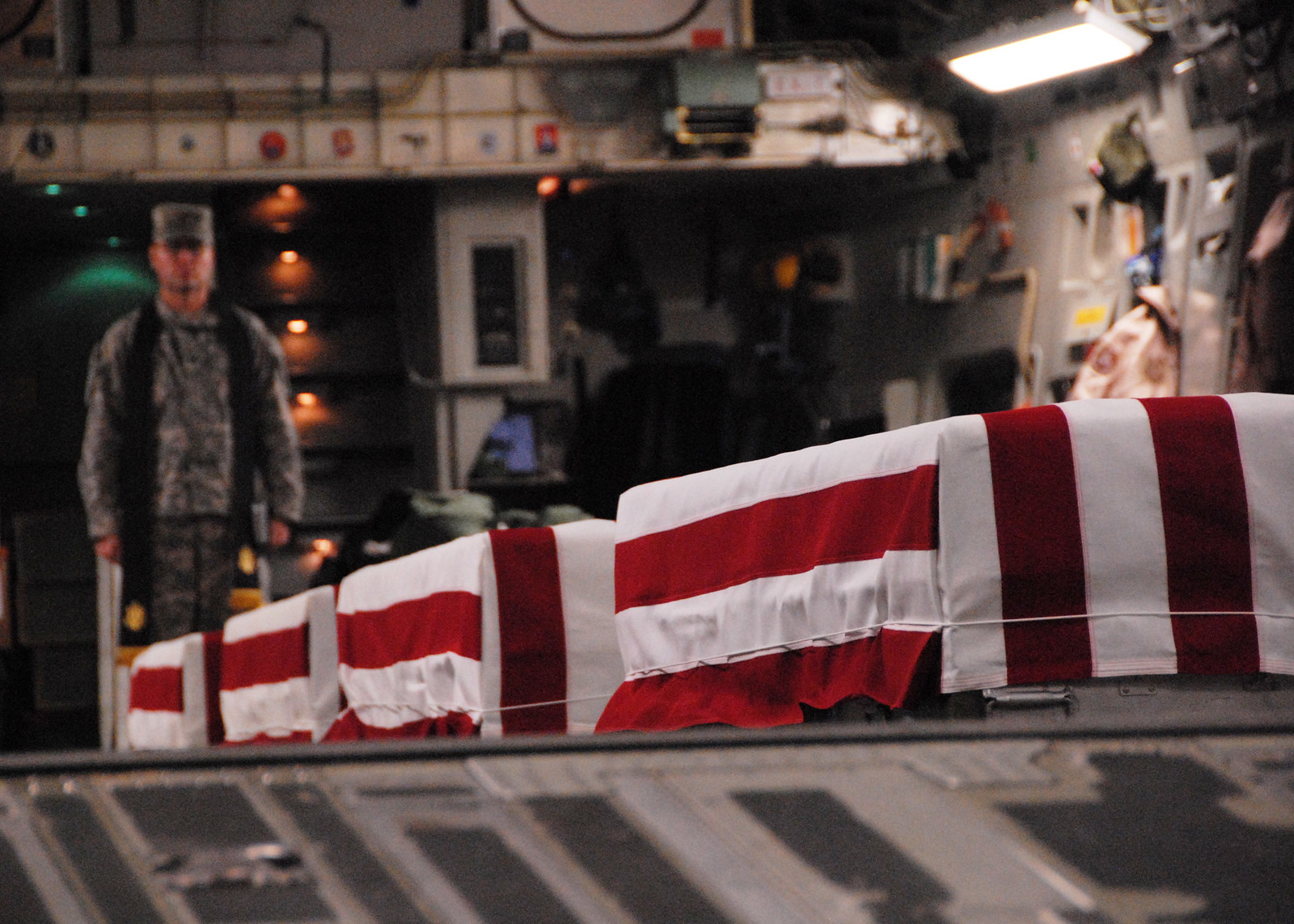 Then, during a tour in Bahrain in 2010, Ramirez got the go-ahead to cover BlizzCon for his base’s newspaper. Traveling back to the States, he sported military press credentials to attend Blizzard’s beloved community event, where he finally met the friends he’d been joining virtually for in-game raids for just under two years.

“It was a great opportunity to finally meet in person the people I’d been talking to in Warcraft for years,” he says.

When Ramirez came home to the U.S. permanently in 2013, he returned to BlizzCon with his friends. Knowing Ramirez would soon be looking for a civilian job, his guildmates hustled to introduce him to Blizzard staffers at the conference. Their efforts led him to a hiring manager, who became something of a mentor for Ramirez as he started graduate school. Pursuing an MBA and an MA in Strategic Communications, Ramirez picked up freelance work covering Blizzard esports and continued to foster relationships at the Irvine-based studio. When a new internship program opened up, Ramirez was an easy admit. 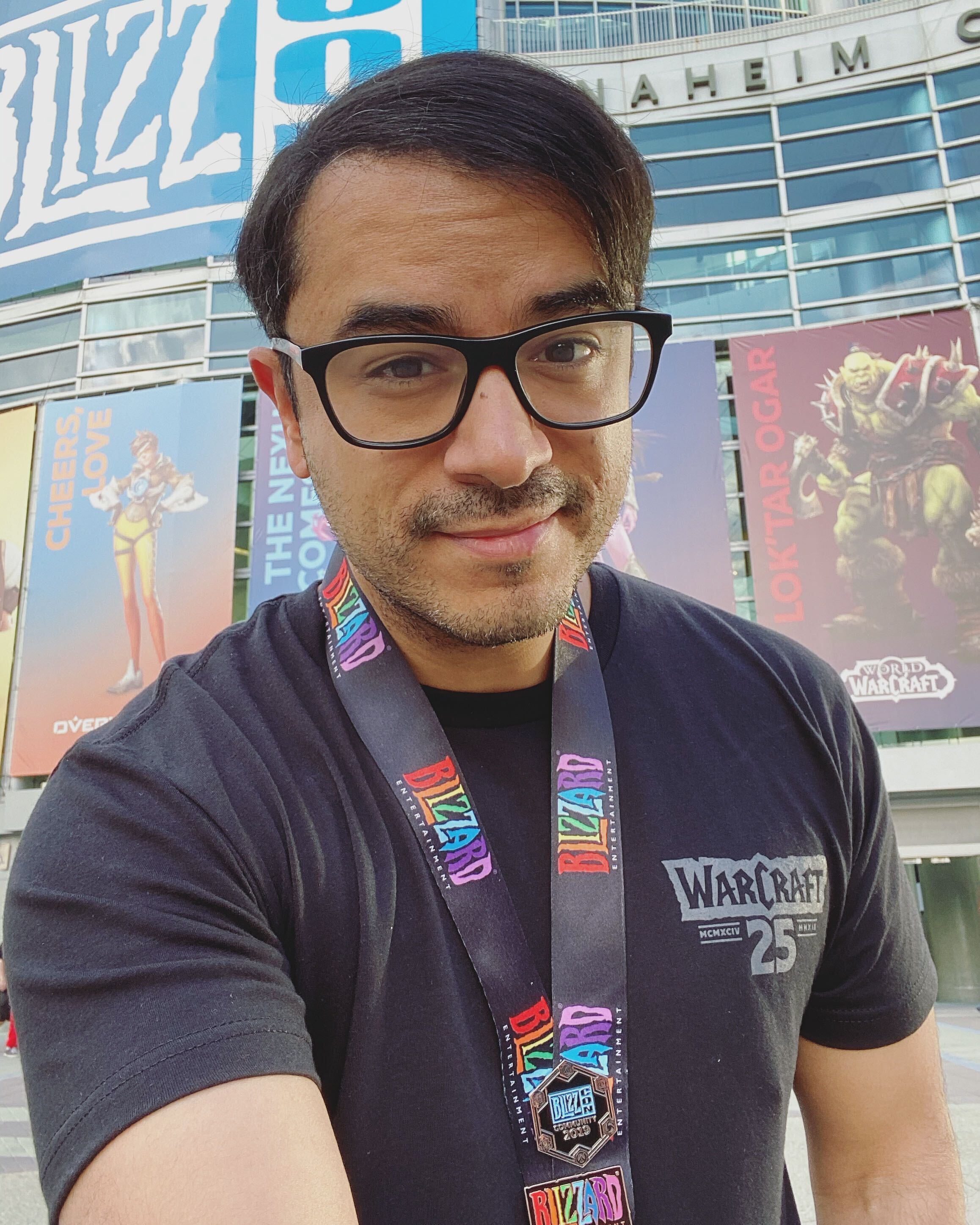 “It felt like the stars had aligned at that point,” says Ramirez, whose internship resulted in an offer to coordinate PR for the North American squad at Blizzard.

“I got to go to places like PAX East, PAX West, E3 Expo, Comic-Con — places I’d had fun as an attendee — and support the game from the other side of the table,” Ramirez says.

Two years into his career at Blizzard, Ramirez found a role on the World of Warcraft PR team. He recently celebrated his five-year anniversary with the company  and, per Blizzard tradition, received a commemorative sword. Right now, he’s preparing for the launch of Dragonflight, where players will explore the Dragon Isles on dragonback, becoming part of an ancient legacy as the secrets of the land unfold.

“Having World of Warcraft to look forward to made war feel more manageable for me. Other folks didn’t have that, and I saw the effects,” Ramirez says. “People at Blizzard have given a lot to me as a player. Now I’m in the position to support them as they do that for other people. Being able to contribute to our major launches, sharing an expansion alongside everyone working on the game, I feel like I’m accomplishing something good.”

On November 28, immerse yourself in the Dragon Isles, an epic, true-to-roots Warcraft setting filled with primordial magic, untamed wilderness, places of ancient power, and deep lore.

For the last nine years, Activision Blizzard King employees have given back to our local veterans communities through Veterans Day of Service — part of a suite of programs we offer to support veterans. This year, on November 17, we’re coordinating with more than 20 non-profit organizations to help with employment, housing, service dogs, and more.