Opening Doors and Creating Opportunities – For Everyone

Lauren McLeaird, on why career opportunities should always come with a healthy dose of empathy and understanding

While challenging, turning DE&I commitments into tangible, actionable programs is non-negotiable, if one truly seeks meaningful impact. So, while the teams that worked behind the scenes of Activision Blizzard’s Level Up U, took a well-deserved moment to celebrate the program’s inaugural graduating class (comprised of 45% women, 40% underrepresented ethnic groups, and 10% veterans) as they step into their new careers, they also understand there is still much to be done. And it has to do with more than numbers.

Last year, the Society for Human Resource Management (SHRM) released a study that specifically focused on the impact of DE&I initiatives in the workplace. Of those business professionals who participated, 73% claimed to feel angry at work. Another 64% admitted to feeling excluded, and more than half (58%) said they felt there was no one at their workplace they could turn to for help. True diversity, equity, and inclusion can’t be achieved solely through numbers on a spreadsheet. It must be coupled with empathy and understanding.

When Lauren McLeaird joined Activision Blizzard, she already had a resume filled with success stories helping veterans get jobs through USAA and Hiring Our Heroes. Being a military spouse herself, McLeaird had a personal connection to her career mission. As she began to develop programs at Activision Blizzard that complemented the Call of Duty Endowment’s more external-facing efforts, she realized that opening one door here showed her all of the others that needed to be opened over there.

It was a “take stock” moment where McLearid understood she could approach the challenge of creating more inclusive and empathetic environments from many different – and deeply personal – angles. 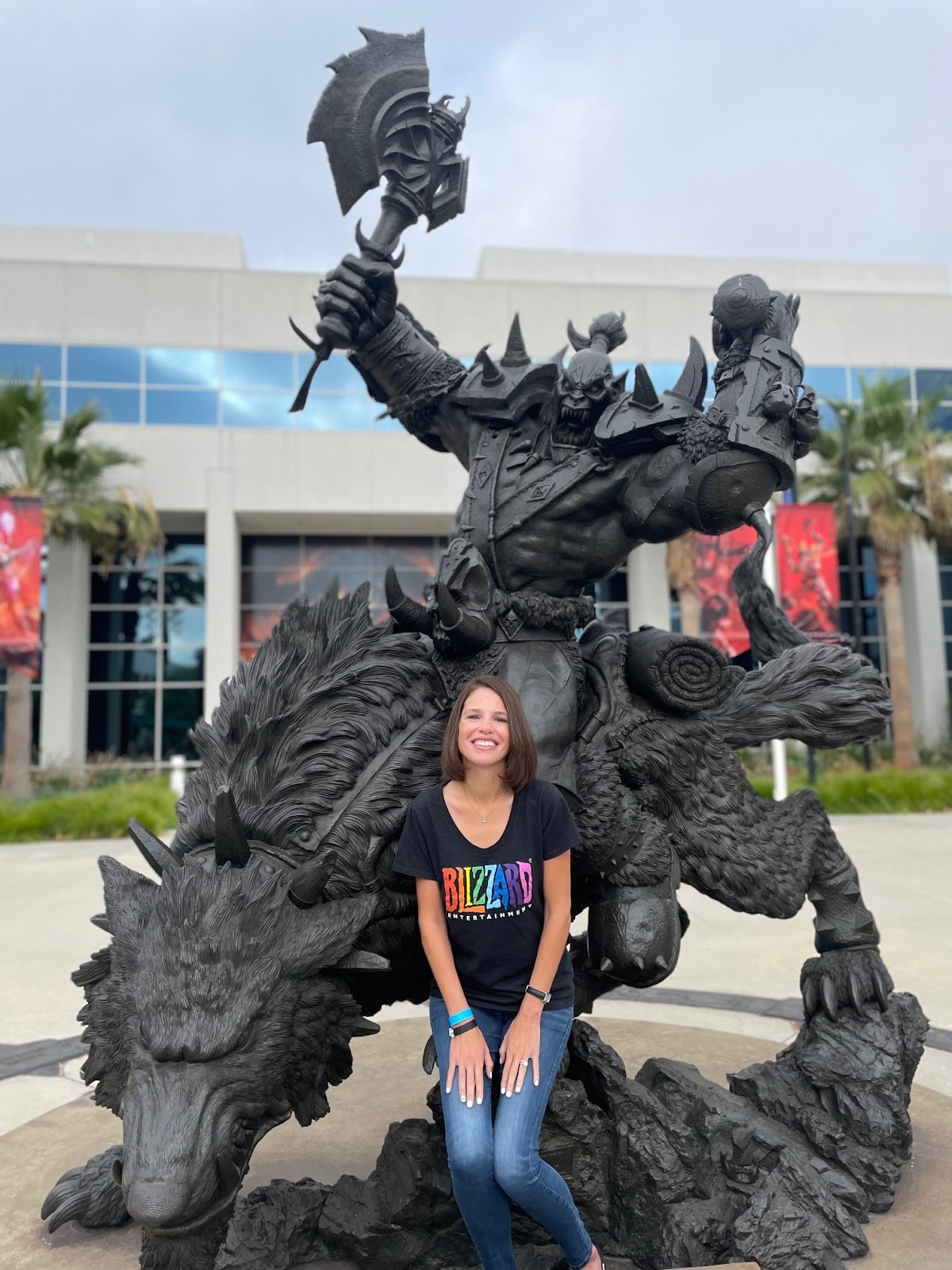 McLeaird had always been a film buff, and knew she wanted to work in entertainment in some capacity. She just never expected it to happen so fast. “I graduated college and landed my dream job…and I didn’t even realize it,” she says. The newly minted University of Florida alum began working as a coordinator for the film commission of Broward County. “My whole job was going to film festivals, movie premieres, and meeting famous people. I didn’t realize how hard that is to do, that people didn’t just fall into that.” Although she enjoyed the work, life had other plans. McLeaird met her husband, who was in the Navy, and the couple had to relocate from Florida to Fayetteville, North Carolina, when he was assigned to Fort Bragg. Without much of an entertainment industry to speak of in North Carolina, McLeaird refocused her energy (and her degree in Hospitality Event Management) into working with Methodist University, doing intern placements for international students. “I am so grateful for the experience,” says McLeaird. “There were students that I worked with 20 years ago who were from places like Uzbekistan and Ukraine, who are at the top of their fields now. I found my calling there.”

McLeaird built tech-centric early career programs at companies like iHeartMedia, and began consulting with VMware, doing what she describes as “high volume diversity recruiting”. In this capacity, she happened to attend a career development event where Activision Blizzard had a presence. Excited by the possibilities presented by the gaming industry, McLeaird reached out and discovered there was a role that seemed just ripe for her. “A sourcing manager for Blizzard responded and said, ‘I’m building a veterans program here at the company, and you sound like a great fit for this.’ She explained that I would be brought in as a Talent Sourcer, but there was opportunity to do more.”

“It’s a Bigger Population Than You Realize”

Indeed, there was. Although McLeaird herself did not have a gaming background, she discovered that what she did bring to the table could have a far-reaching impact across the company and the industry. The veteran placement program she was brought in to help build, and manage, began broadening in scope, and eventually - along with Lauren’s overall talent, energy, and ideas - helped catalyze what we now know as Level Up U. “

And McLeaird herself underwent a similar evolution. While her experience placing veterans in jobs and being a military spouse was valuable, she also found that she could relate to entirely new groups of people seeking the chance to push back against preconceived notions and prejudices. 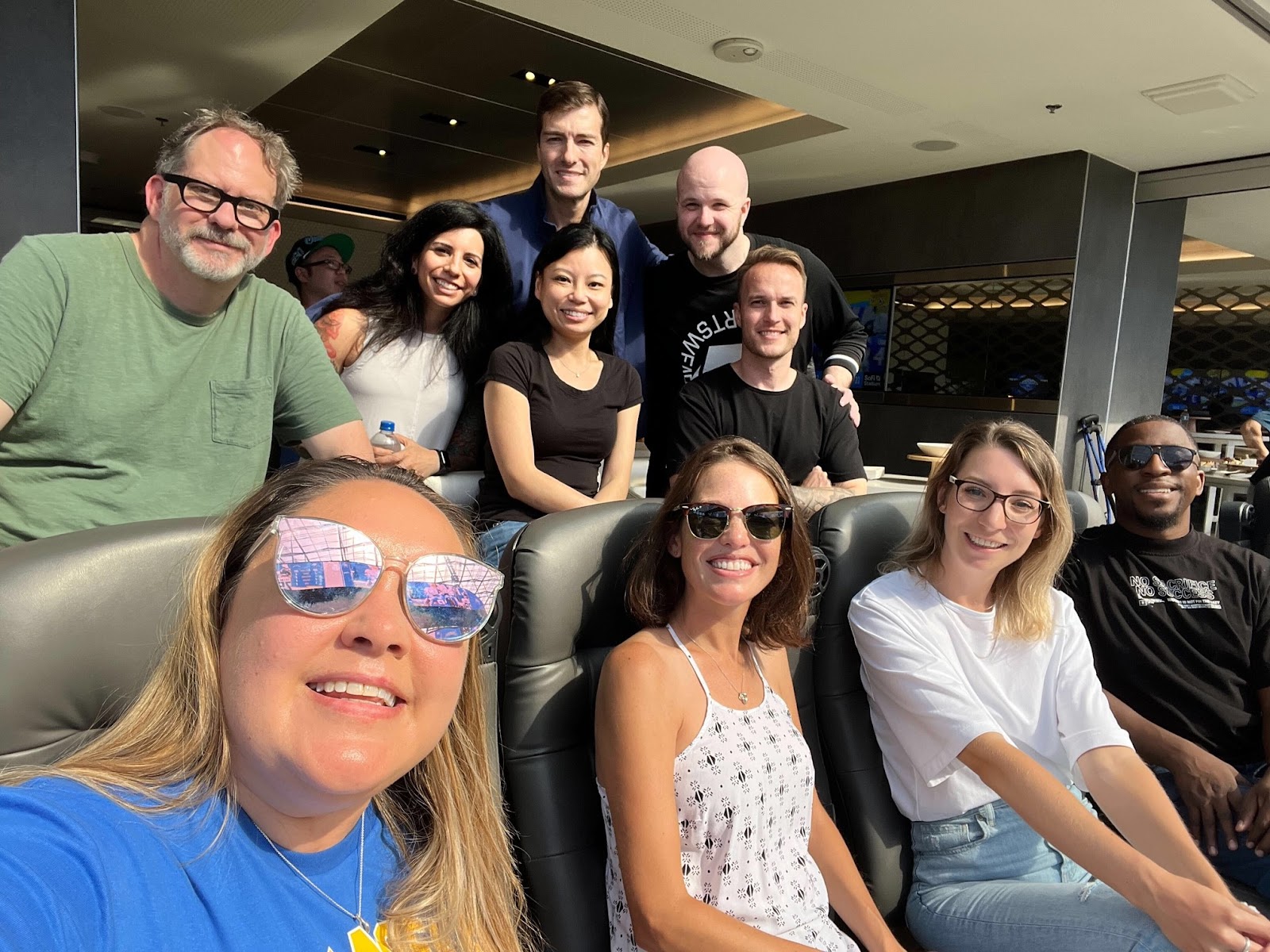 Lauren with some members of the Level Up U team

“I myself have a non-visible disability,” says McLeaird. “I have epilepsy, which I was not born with, it was the result of a life event. And my brother is severely autistic, and I’ve watched my mother be his sole caregiver for the last 30 years.” While things like ethnic heritage are often openly celebrated, identifying as having a disability carries enormous stigmas, and here McLeaird found that she could be a strong empathetic voice. “People are often afraid to mention their disabilities because they fear being seen as maybe not reliable or as fragile -  and yet there is often a connection between neurodivergence and things like creativity and focus that make someone naturally successful in our industry.”

As Level Up U started to take shape, all involved realized that this kind of “bootcamp-style bridge program” into the industry for those who may not see a clear path for themselves was not only unique, but absolutely game-changing. “Although 10% of our initial cohort were veterans, I’m equally proud to say that 15% of our hires also identified as having a disability,” says McLeaird. “Maybe someone has a differing ability themselves, or someone they love does, or they handle the brunt of caretaking responsibilities for someone – it’s a bigger population than you realize,” says McLeaird. “We are making sure the knowledge is there, the education is there, the awareness is there, the empathy is there, and the accommodations are there when needed.”

As she and everyone else watched with pride as the first graduating class of Level Up U entered the Activision Blizzard workforce, McLeaird considered what this meant not only for them, but for the future of the industry as a whole. “It’s really about giving people opportunities, so 10 to 20 years from now, we’re not having these conversations anymore. It’s just how things are!” she says. “Instead of people thinking, ‘I don’t even know where to start to get into the gaming industry,’ I want them to think, ‘I’ve got to figure out how to get to Activision Blizzard, because they are really leading the charge.’”

With people like McLeaird - fueled by personal connection and genuine understanding - at the forefront, that “someday” is now. 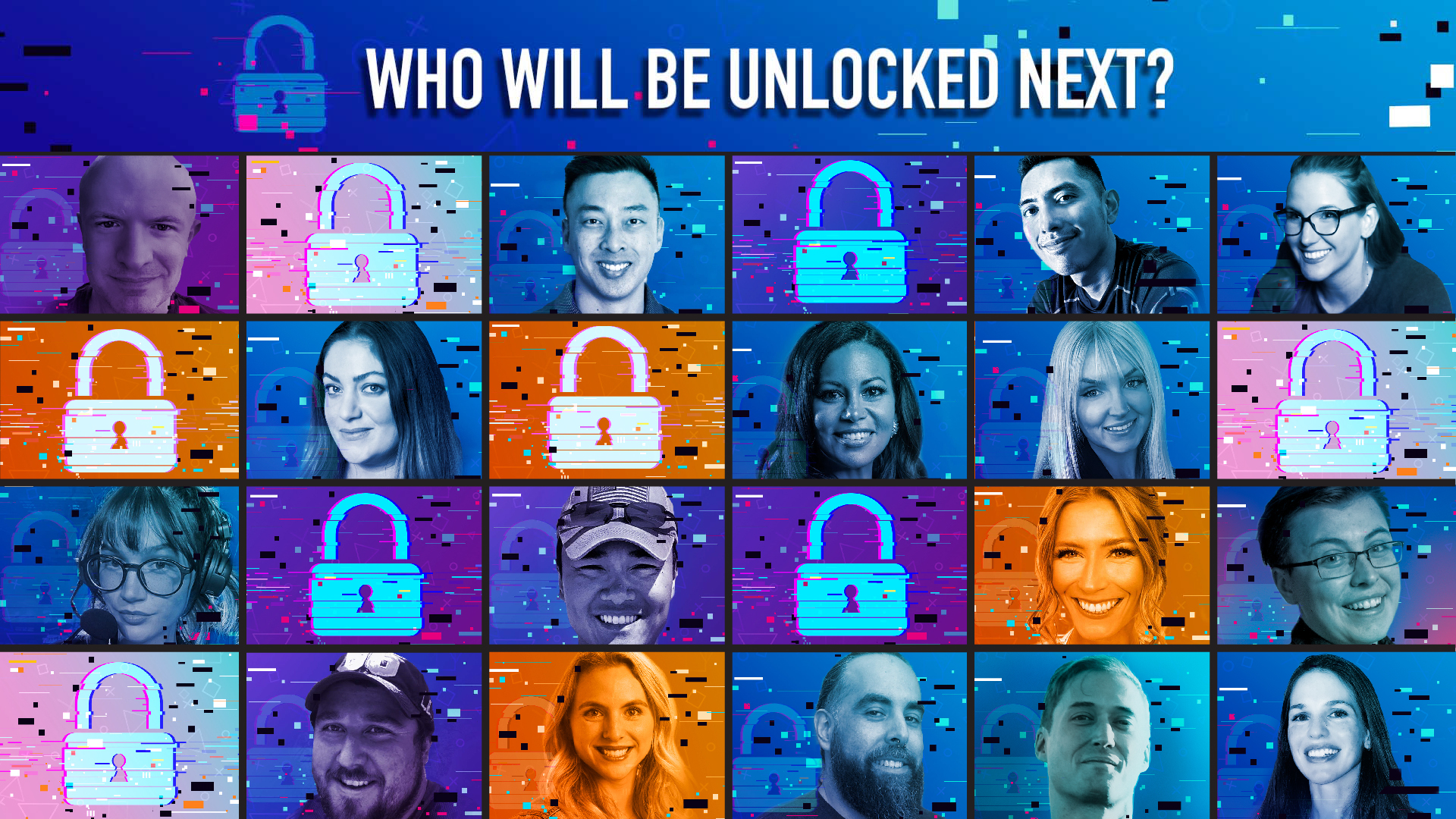