Meet the designer of one of Hearthstone’s most popular expansions

One of the most popular Hearthstone expansions in years, Murder at Castle Nathria launched in August to historically high levels of engagement. The expansion invites players of the virtual card game to an ill-fated dinner party under the vampiric shadows of Revendreth, the World of Warcraft zone that departed souls call home. When dinner takes a tragic turn, players must solve the mystery of whodunnit alongside renowned detective Murloc Holmes and his sidekick, Dr. Watfin. A 35-card miniset, Maw and Disorder, introduced a new cast of characters to the story.

The expansion’s architect is Cora Georgiou, a college cardmaster turned commentator, turned lead designer, who merged her deep knowledge of Hearthstone with her love of murder mysteries. Play for this expansion reinvigorates some of the best attributes of the 8-year-old card game: fantasy, intrigue, surprise, and a little camp. Its success is an even sweeter triumph for Georgiou, whose own path to Nathria wasn’t always clear, or smooth.

— As told to Marli Guzzetta

I started playing Hearthstone in between Broadcast Communications classes in college, when it was still in Beta. It was something my brother and I did together, and I became quite good at it. I even had a couple of decent tournament results, including a first place finish in the 2016 Summer/Winter Playoff qualifiers and a second place finish in the 2018 World Series of Esports Hearthstone championship.

So when Hearthstone esports ran a “So, You Think You Can Cast?” competition, I sent a video of myself and was chosen to start casting. Given the chance to combine Hearthstone with my college training, it felt like, Could there be anything better for me to do?

I commentated from 2015 to 2019. I loved the game and the people. The fact that I commentated as long as I did, and as steadily as I did, is something I’ll never take for granted. 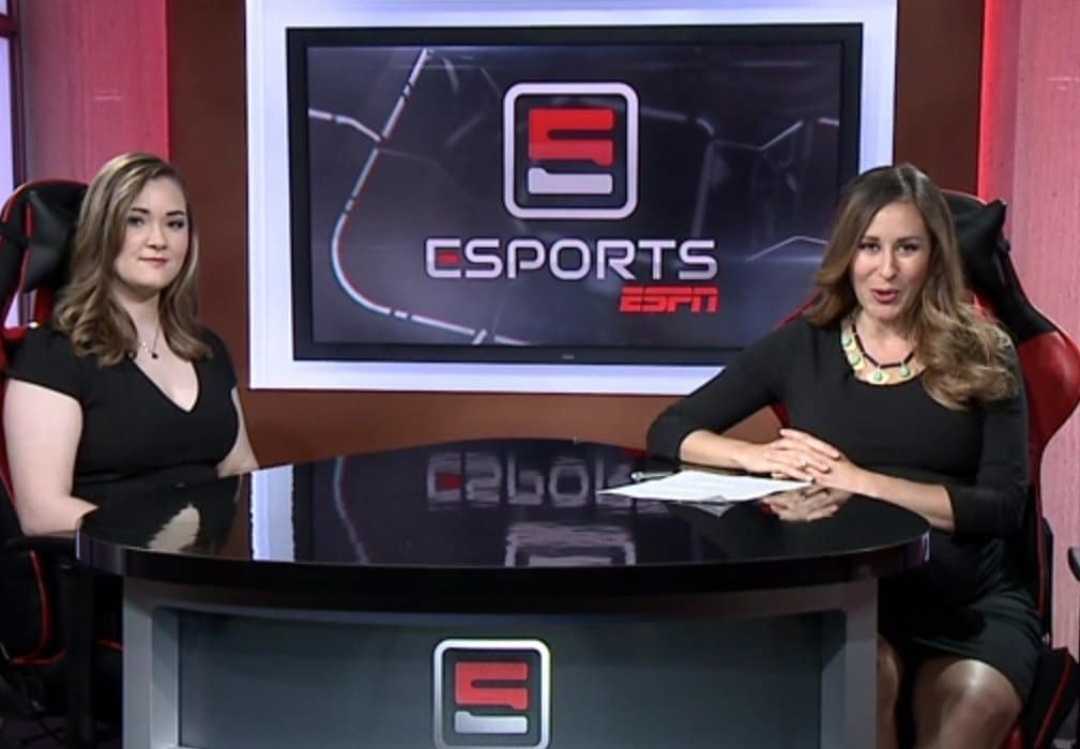 SO YOU THINK YOU CAN CAST? Hearthstone's Cora Georgiou was an esports caster from 2015 to 2019. Above, Georgiou on ESPN in 2017. At right, Georgiou casting at the 2018 TESPA Hearthstone Championship. 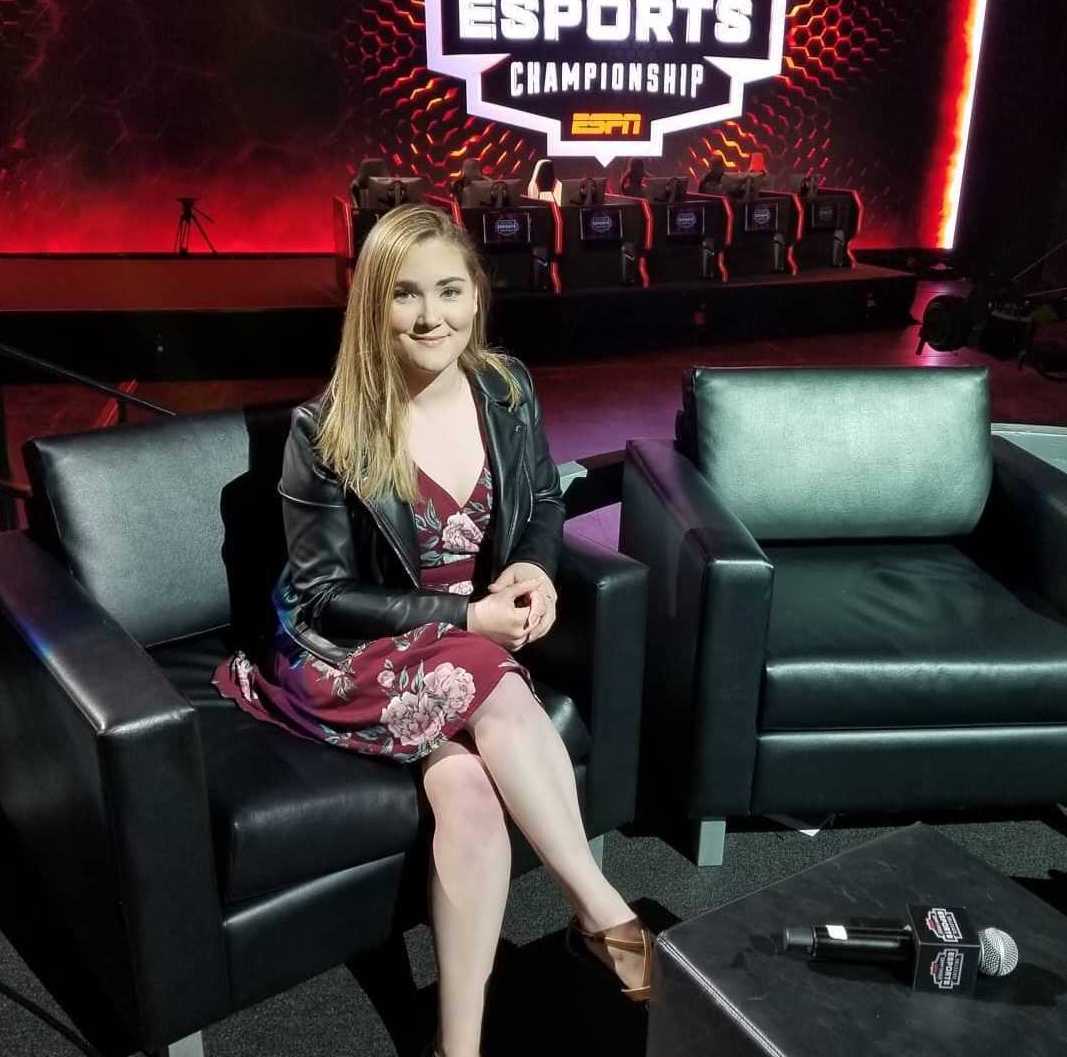 Most of the audience are wonderful, genuine, kind, and are people who just want to watch video games. But in any industry, you're going to have critics. And some of the things I would get criticized about, as a caster, were intensely personal. Being a woman in my early 20s, that was hard to deal with. The men absolutely get criticized as well, but there’s less criticism about appearance or an inferred lack of intelligence or experience based on gender. You can have as thick a skin as anybody — still, your self-esteem isn’t made of steel. So I decided to take a step back in early 2020, right before COVID.

At the time, randomly, there was a job posting for a position on the team that designs Hearthstone card expansions. I applied, and Hearthstone leadership offered me the job.

Because I’m not a computer scientist or engineer, I came to this industry thinking so many things were impossible for me, and some critics in the online community agreed.

But a lot of people on the Hearthstone team who did know me, and knew a lot more about the industry than I did, wanted me on the design team. I had a significant communications background. I had a deep knowledge of the esports industry and of Hearthstone in particular, and I knew that my abilities in both of these areas would help me develop further. So I was determined. I learned to code and took on a lot of technical tasks. I opened myself up to new skill sets that were scary to me, and made them my own.

An expansion is a massive, year-long undertaking [that takes] hundreds of wonderful people — designers, engineers, artists, fx talent, production, QA, et cetera — to introduce a new storyline to the game. The first stage of an expansion is initial design; it starts with a blank spreadsheet: 10 spaces for 10 cards within every class. In initial design, we spend 16 weeks imagining what should go there, what new story will encourage fun and interesting new gameplay, and what characters will see it through.

Leading a set is a role that rotates around the Hearthstone initial design team. It involves everything from deciding on a concept for an expansion and pitching it to leadership, to facilitating the creation of new keywords and major mechanics, to creating the individual cards and decks. After supporting the initial design for three different sets, it was my turn to lead one. 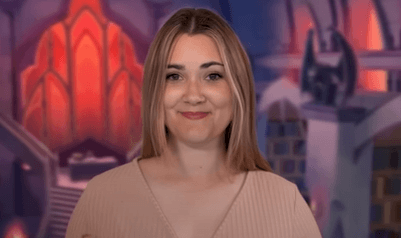 A NEW WHODUNNIT: Georgiou in the Murder at Castle Nathria annoucement video.

I have a lot of personal experience with mystery novels, movies, and TV shows. For Murder at Castle Nathria, I wanted players to feel like they were attending a murder mystery dinner party in Revendreth. Before we started production, I organized a virtual screening of the movie Clue for the whole team.

The expansion launched in August, and we saw a great response. In September, we ran a final update, our miniset “Maw and Disorder.” Now that I’m officially done with Murder at Castle Nathria, I’ll be mentoring the new set leads driving the next three expansions. I have a lot more responsibility now and I’m excited about it.

When I first came to Blizzard, I learned that I’m capable of more than I gave myself credit for. In every role I’ve occupied at Hearthstone, having support and guidance from people who’ve been in my position was invaluable. I’m blessed to work on a team that is respectful, hardworking, talented, and kind.

Now I can be that source of support for someone else. I don’t take that lightly.