From Car Parts to Call of Duty

For 15 years, Dex Badgett worked a day job in auto manufacturing while nurturing a hobby as a Call of Duty® streamer. Then a few DMs with Activision staff led to the job of his dreams. 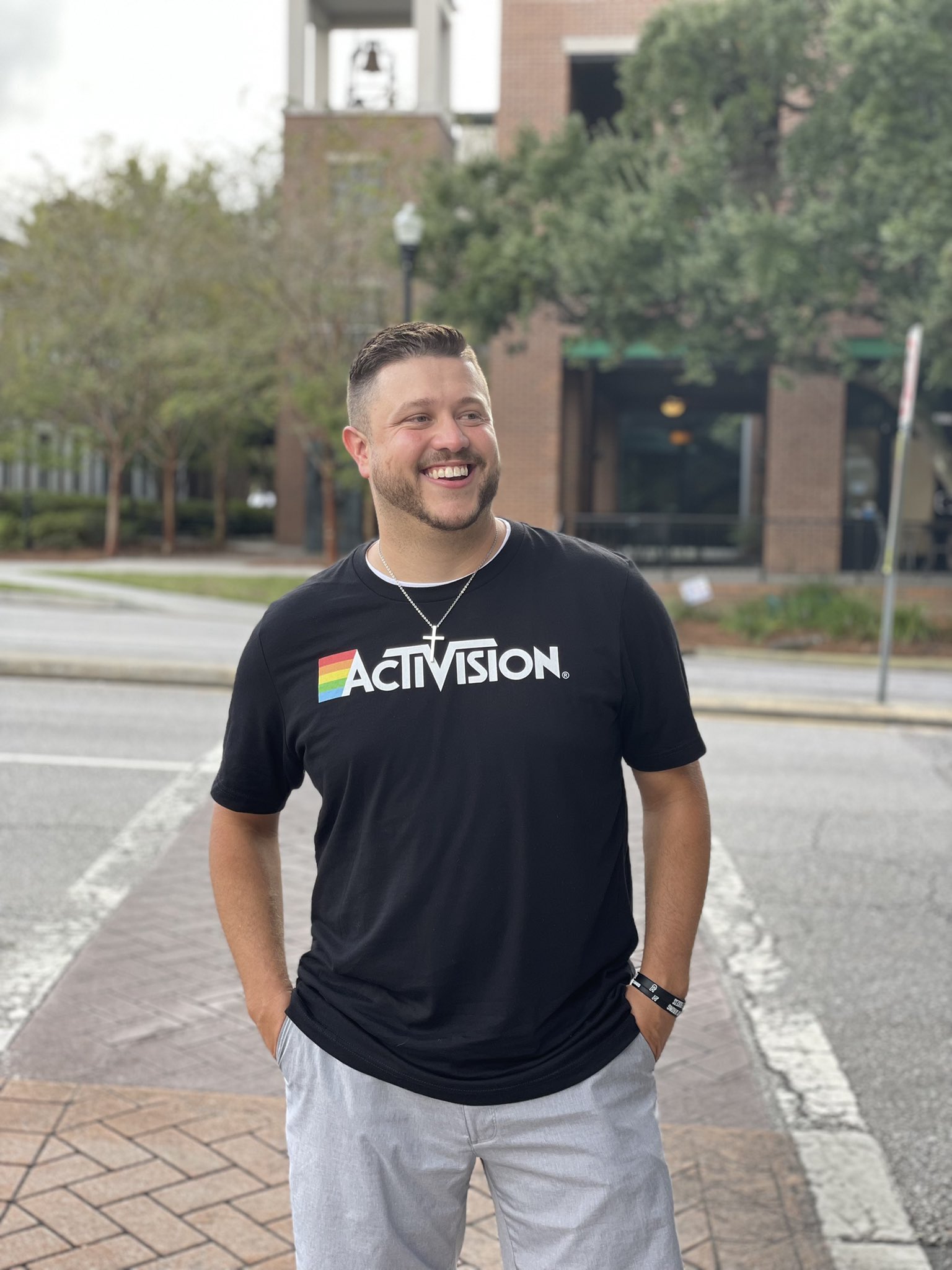 As a young husband, Dex Badgett was happy to provide for his family as a quality technician for an automotive manufacturing company, where he’d performed troubleshooting and endurance testing on car parts for 15 years. It was a good company with reliable pay, and it had allowed Badgett and his wife the stability and resources to start a family. But it wasn’t his passion.

At night, when the house was dark, Badgett would fire up his PC, grab his headphones, and immerse himself in Call of Duty multiplayer matches that widened his world.

“I’ve always loved that so many people come together from different backgrounds, beliefs, and races to share these moments online with their squads,” says Badgett, who describes himself as a fast-moving, objective-based match player.

Badgett met people from every imaginable country, from the comfort of his gaming chair and desktop PC at home, in Charleston, South Carolina — some of these people became regular gaming partners and even friends in the 3D world. Over time, his set up grew to a more powerful PC with a mic rig in a home studio adorned with Call of Duty gear. Badgett began streaming his matches on Twitter, YouTube, and Twitch. He loved it, but he knew he didn’t have the time to become a big-league game influencer.

“I was never going to do enough to blow up on social. I wasn’t going to be able to upload a new piece of content every day,” he says. “Something drastic would have had to happen for me to have the financial stability to take the risk and try moving into full-time content creation.”

Even though Badgett played for fun, he upheld a professional standard for his communications with other players and focused on building relationships. He began gaining more traction on social media in 2016, the same year his daughter was born.

“That’s around the time I started to take myself more seriously,” he says, “and also the time I was learning how to be a Dad.”

Badgett still found time for gaming at night — even if he fired up his screen a little later and kept his in-game commentary a little quieter.

“I had a wife and daughter who depended on me. I just didn’t have the time,” he says. “So I accepted, at that point, that what I was doing was what it was — a hobby I loved, and I was still having fun.”

Badgett’s positivity and professionalism won him an increasing number of followers, and the folks at Call of Duty took note. 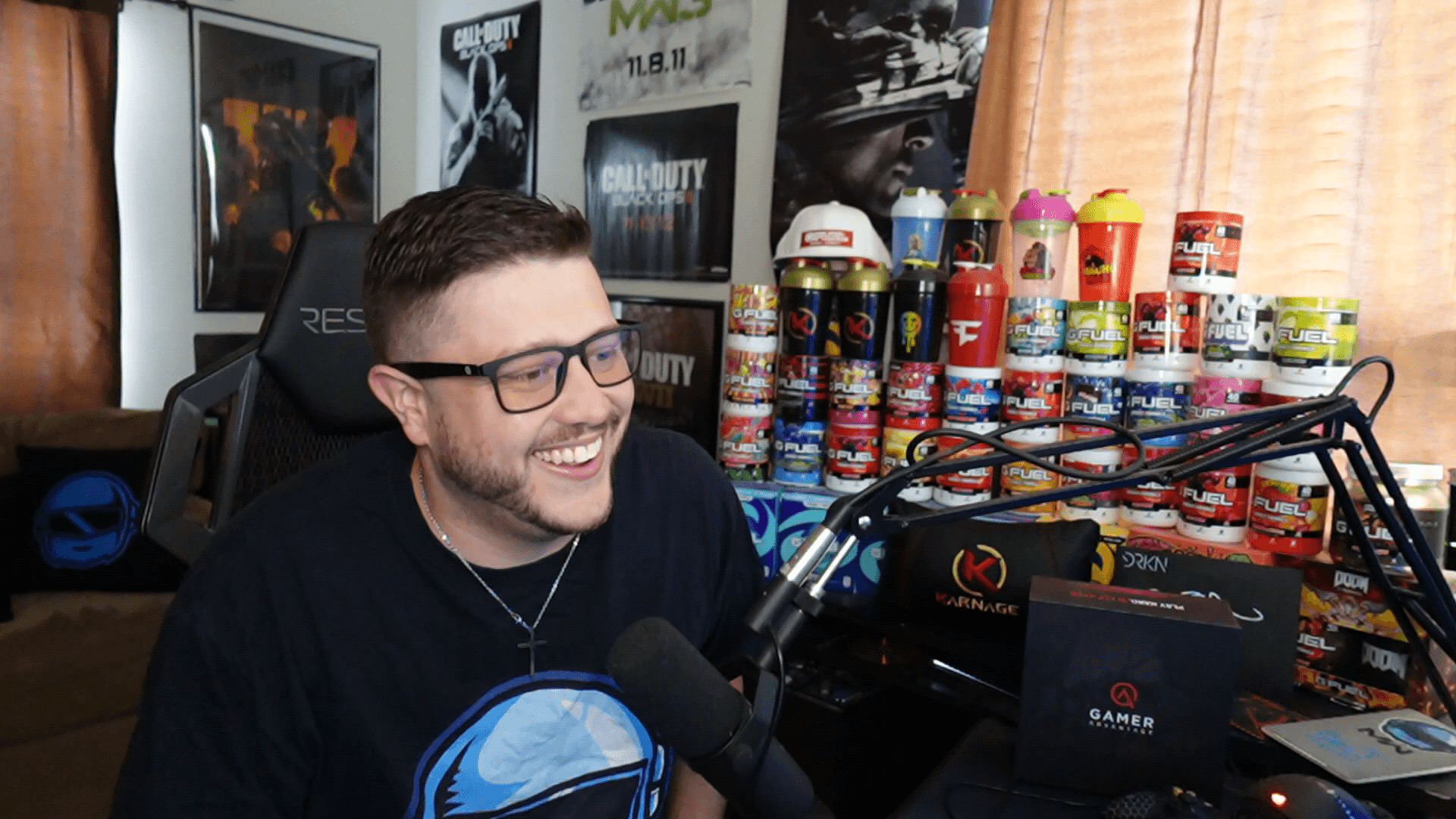 One day in 2016, Activision reached out to Badgett on Twitter and invited him to head out to Infinity Ward Studio to participate in a charity stream for CODE — Activision Blizzard’s Call of Duty Endowment, which was founded in 2009, and has helped over 100,000 veterans find high-quality careers after their service.

“I wasn’t sure the invitation was real at first,” Badgett says. “It was an amazing experience.”

The relationships Badgett made at Activision, continued to pay off. He kept up his engagement with the Call of Duty team on different social media platforms around game launches, downloadable content (DLC) updates, and such.

“I was like, ‘Man, I’d love to get more tied into the developers and the studios and interact more with people who make the games. I’d love to be able to have conversations with them, maybe get invited to another event.’”

In 2017, Badgett got his wish: He attended multiple DLC Infinite Warfare events, where he was able to record live gameplay alongside some of the best players on social. At one of these, he met and then subsequently joined the professional gaming organization Karnage Clan — a branded affiliation of YouTubers and Twitch streamers who’d get together and make Call of Duty–related content for entertainment purposes. Badgett quickly started creating and managing content for Karnage’s social accounts, in addition to his own.

“That’s when I realized I had a love not only for engaging with communities, but for managing a brand across multiple social platforms,” Badgett says.

The invites from Activision continued. In late 2017, Activision flew Badgett out to its Call of Duty World War II Celebrity Multiplayer Showdown Event in Sacramento, where he played live with Call of Duty superfan and NBA player De’Aaron Fox of the Sacramento Kings. 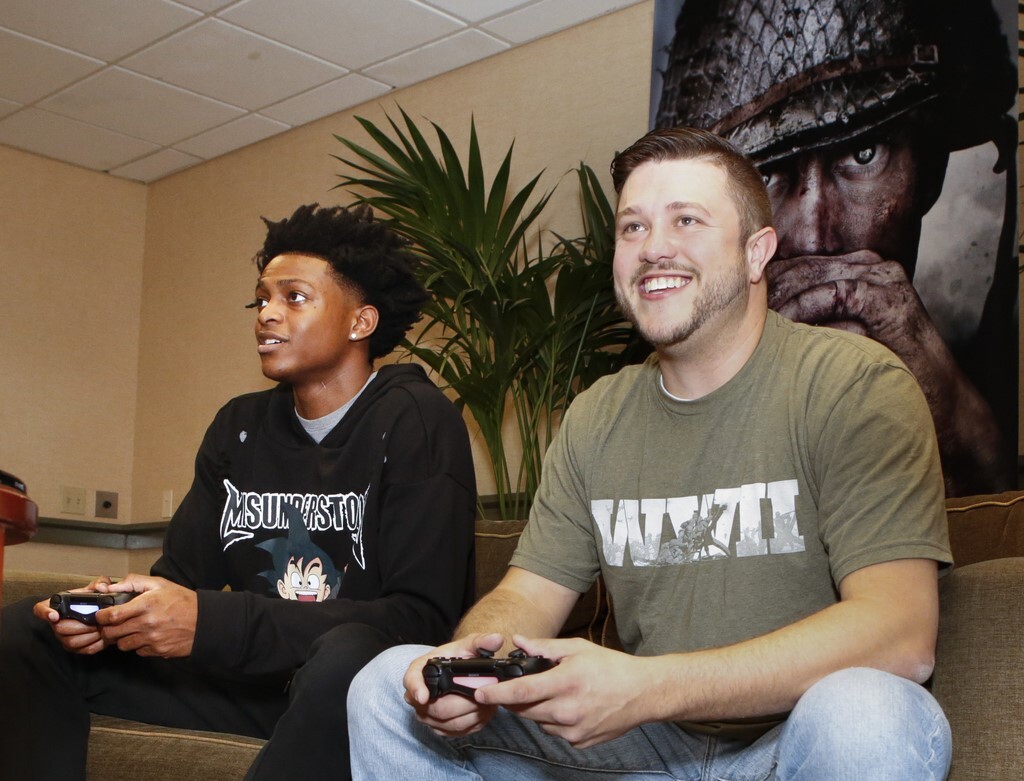 Over the next two years, Dex attended a handful of other events, including the Infinite Warfare Call of Duty Championships in 2017, and the Modern Warfare Reveal Event in 2019. All the while, Badgett was following the social profiles of a number of Call of Duty developers he’d met at these events. When one of them posted an opening for a Social Community Manager in mid-2021, Badgett did a double take.

“It seemed like a dream that the stars could be aligning for me,” Badgett says. “That I might have the chance to connect what I’d been doing, building brands and communities on social media, to what the Call of Duty team needed.”

So, Badgett took a chance, and with his wife’s support, threw his hat in the ring.

“It took a lot of courage, to be honest,” Badgett says. “I’d been comfortable in my career for a long time.”

Badgett went through a few stages of interviews. Then, one late summer day, Badgett and his family were just sitting down for lunch on an outing together, when the recruiter called.

“I went outside and heard that the company was offering me the job, and my mind was blown. It seemed surreal,” he says. “When I stepped back inside to tell my wife, I was teary eyed. It was pure joy.” 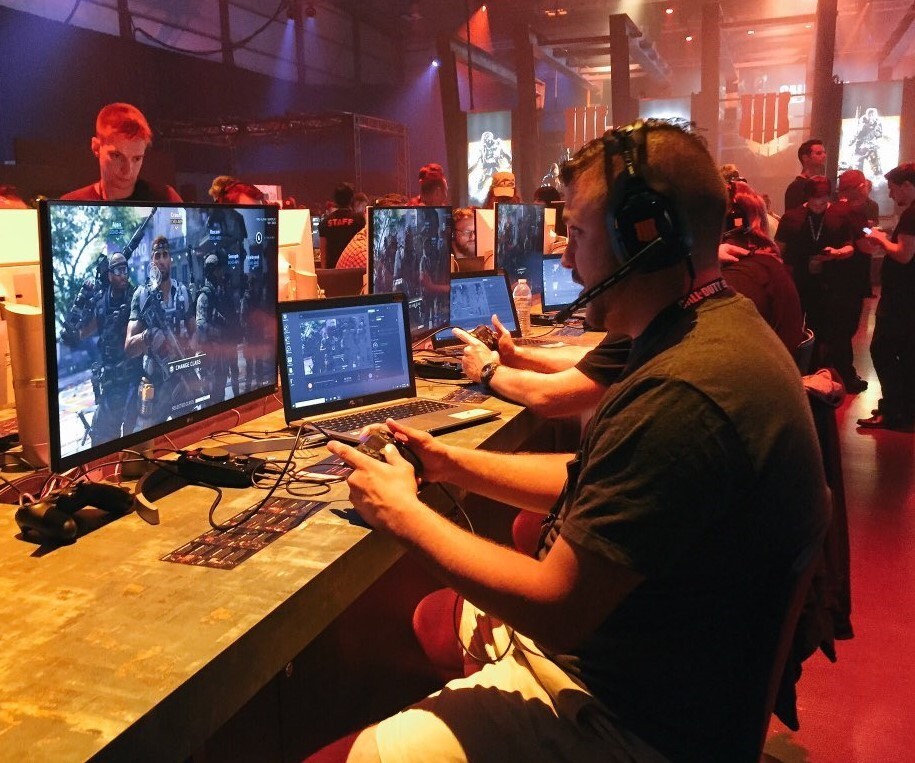 Badgett playing multiplayer at a previous Call of Duty event in 2017. DEX BADGETT

The couple knew it was going to be a big change, which, like all changes, involved some risk. “But it just felt like everything was falling into place,” Badgett says.

Years of leveling up his gaming skills on both sides of the screen — as player and social commentator — had brought Badgett to the job of his dreams. Today, as Social Community Manager, Badgett supports all social output, planning, and engagement, across the main game and across live seasons. “I also get to engage in conversations through posts and tweets with other players from the Call of Duty community,” he says. “Sometimes, I also sit in on internal briefings, where I share player insights with stakeholders from multiple departments. Then, I get to be the liaison between the two.”

It means a lot to Badgett, to work on the front line of Call of Duty’s social community.

“It was pretty cool coming to this company, which I respect and am proud to be a part of,” he says. “There are so many hands that go into making something like this, and pretty much everyone at the company is passionate about what they’re doing.”

Check in with us here on the Call of Duty: Next showcase and open Beta times for Modern Warfare II.