From Fan to Financial Analyst: She Found Her Dream Job at Overwatch™

In just two and a half years, Faustine Chow went from sitting in the audience at BlizzCon to helping plan Blizzard’s growth for the next decade and beyond 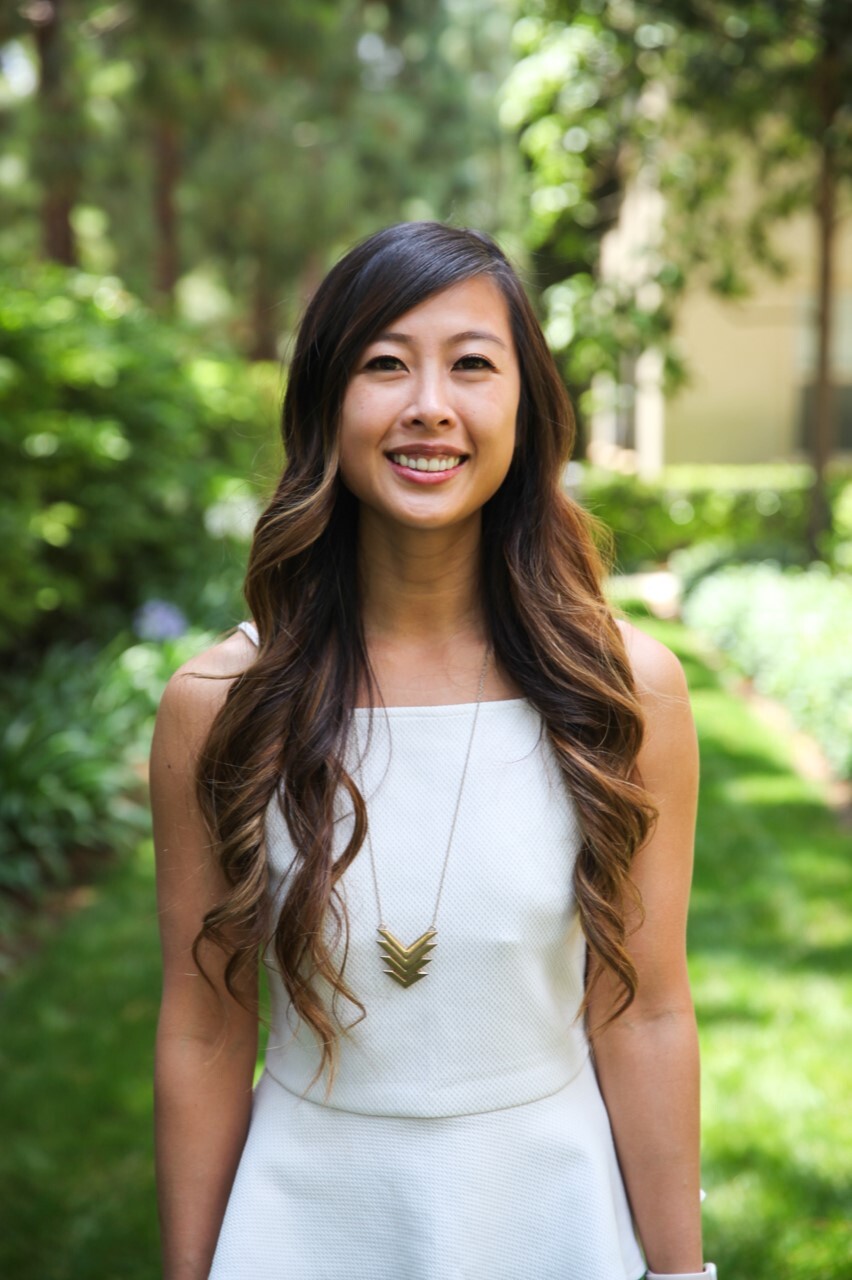 Eight years ago, Blizzard’s Faustine Chow spent her days in a nondescript office building, breaking bad news to people as an auditor.

“Having to tell people they owed money wasn’t for me,” says Chow, who had studied accounting at UC Irvine before starting her career in accounts payable.

For the most part, life as an accountant was predictable. At night, Chow let the color drain back into her life in front of a gaming console. And when Overwatch hit the market, it was love at first login.

“What brought me to the game was the diversity of the cast. I’ve never seen a game as diverse as this,” Chow says. “Also, the art of the game—how detailed it is, how intricate. There are falling leaves with detail you wouldn’t see in other games. Also, the music is emotional. And the character development…”

Chow recalls being in the audience at BlizzCon 2019 when the Overwatch 2 trailer premiered. It was a quiet, animated cinematic, with a slow piano playing over interior images of a near-empty spaceship. Heroes Mei and Winston sat, outnumbered by unused seats, in a darkened, empty hull. The odds of their mission succeeding, whatever it was, seemed bleak.

“Winston, do we have enough people for this mission?” Mei asked

“As long as we stick together,” Winston said, “we’ll be fine.” 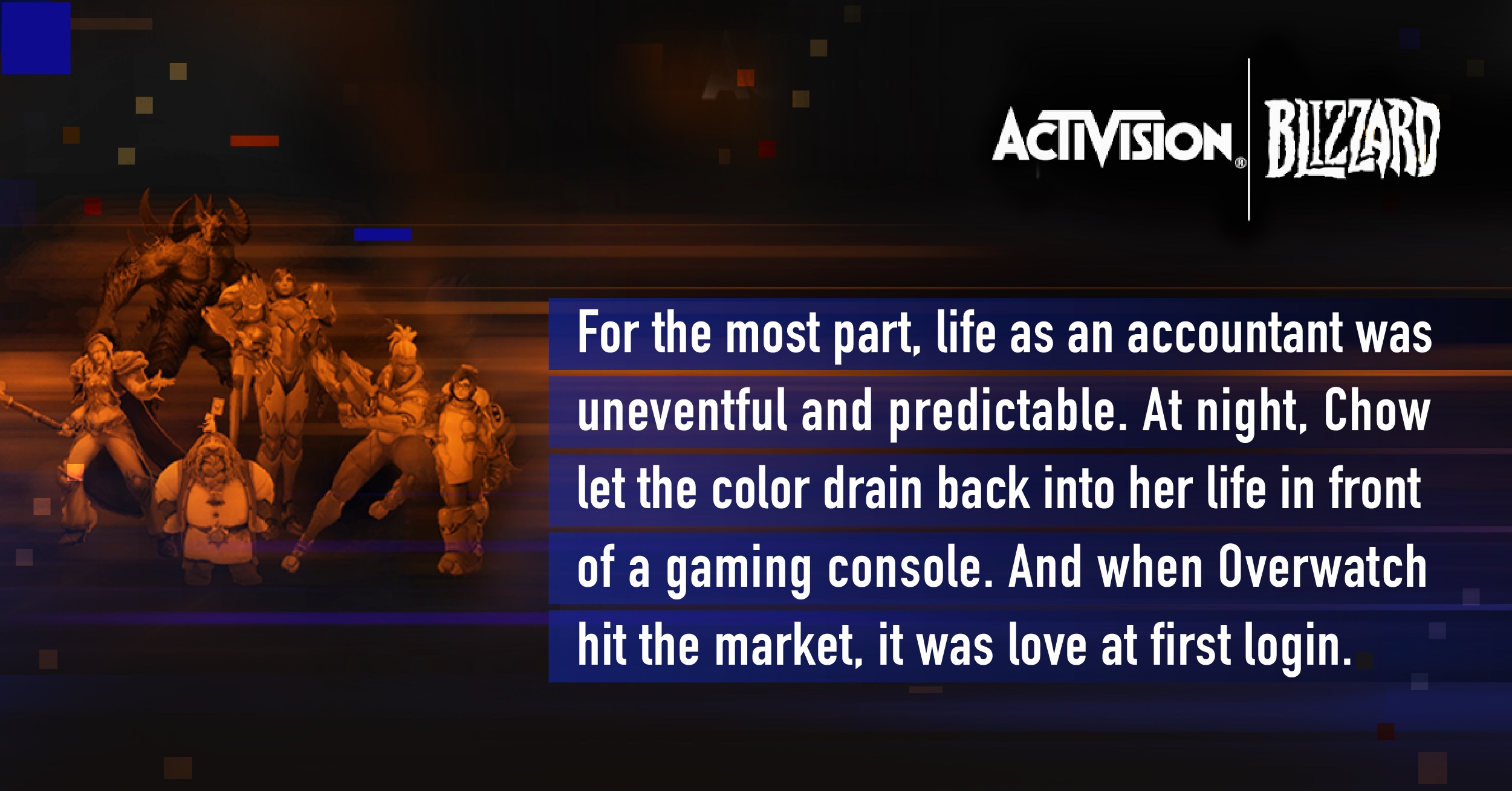 It was one of the first cinematics of Overwatch characters playing together as a team. Chow was moved by the message of teamwork and togetherness.

“I actually remember tearing up and then looking around the room and seeing other people crying, because the next chapter of Overwatch was being formed,” says Chow.

In 2018, Chow began following job postings at Blizzard and Activision. It took a while for a match to appear, but when it did—for a Fixed Assets Accounting Analyst at Activision—she applied straightaway, then got the job.

“I was one step closer to Overwatch,” she says

Over the next two and half years, Chow leveled up through three more positions at Activision Blizzard, acquiring so many new skills that she effectively restarted her career. None of these roles, however, allowed her to work directly with Winston and Mei.

Then one day, Chow’s boss, Jay McDowall, mentioned to her that Blizzard had posted an opening for a new role, Senior Financial Analyst—Game Teams. He suggested that the position might finally provide Chow her chance to work directly on Overwatch and encouraged her to apply.

Chow took the weekend to think about it. If she got the job, she would help ramp up support for game launches in a new way for Blizzard—mapping out internal resources for the teams that were creating the next generations of characters.

“I was hesitant because I loved working under Jay. He’s a great manager,” Chow says. “But Jay brought up the idea because he knew I had a passion for Overwatch. Ultimately, the chance to be closer to the game was too exciting.”

Chow applied, got the job, and started her work with Blizzard Game Teams last June. In the past year, she’s been thriving in her dream job, the culmination of years of professional training in non-developer roles and a deep love of Overwatch.

“Being able to talk to the game developers, producers, and lead artists and plan for them has been inspiring, invigorating, energizing—all of the above,” says Chow.

Chow says that playing the game has helped her grow professionally as well. During the pandemic, she built her own pro-gaming PC from the ground up and started streaming her Overwatch gameplay on Twitch. She grew her followers from a standing start to over 4,000 in just a few months.

“During my first stream, I was super shy, stumbling over words,” Chow says. “But sharing my love of the game helped me move past that, and streaming eventually built my public speaking skills.” 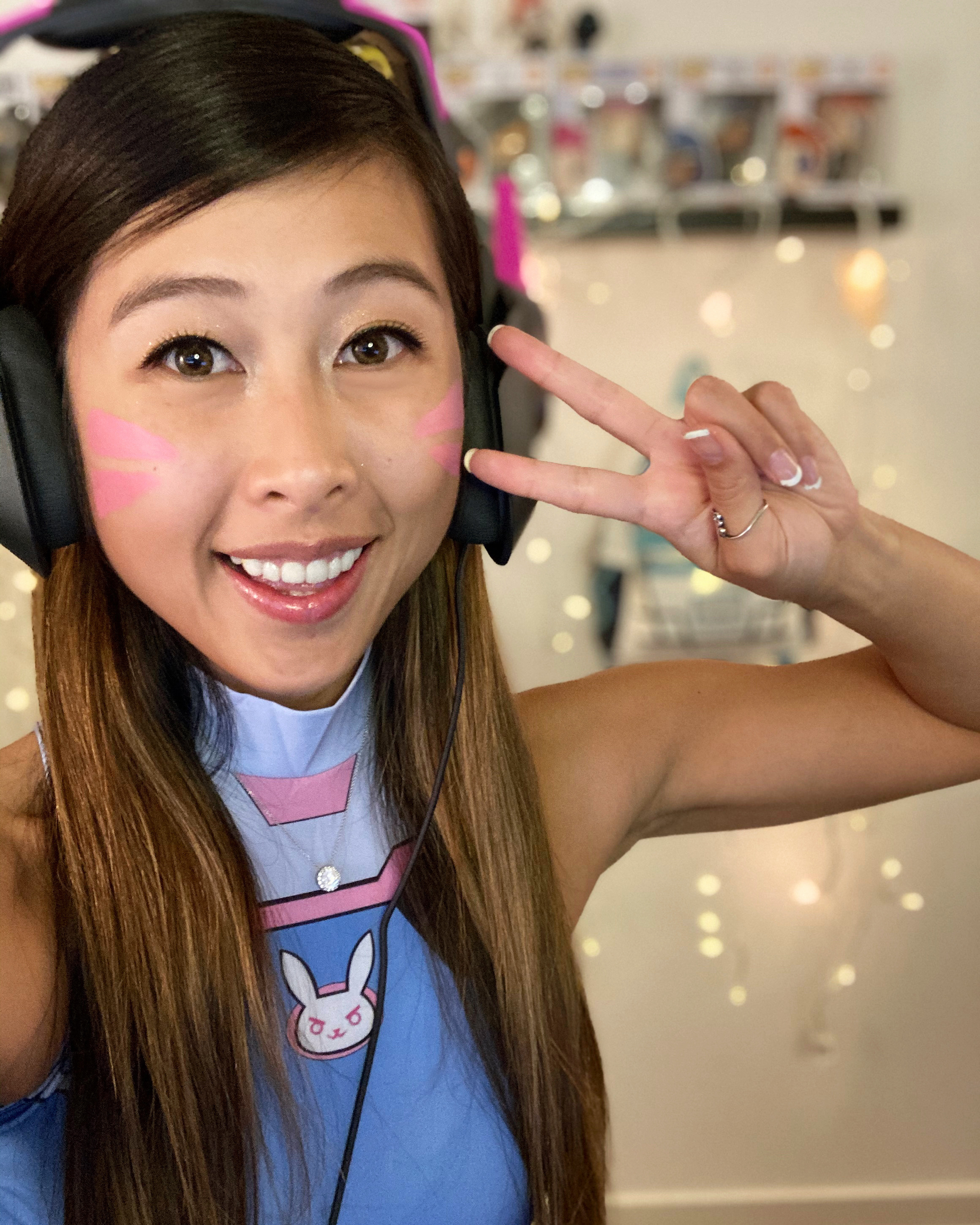 Lately, Chow has drawn on these new skills as one of two leaders of Activision Blizzard King’s Asian & Pacific Islander Employee Network, a role that creates opportunities for her to speak regularly in front of large virtual audiences. The job also serves her other passion—fostering inclusive and diverse communities, something that also drew her to Overwatch

Chow’s Overwatch persona and her work persona have dovetailed in more ways than one. In game, she generally plays as tank or support characters. Her main character, Moira, has biotic orb abilities and can heal multiple teammates at once or damage opponents—she’s a great hero for supporting the rest of the team.

Any colleagues who’ve experienced Chow’s energy and reliability around the office—or even her enthusiastic coaching during “leg days” at the Blizzard gym—know this aptitude for support isn’t just an in-game ability.

“Overwatch is a team effort,” Chow says. “Everyone has to look out for each other.”

It’s unclear if she’s talking about the game or the business—and maybe that’s the best proof yet that Chow has found her place.

“As I walk around the Blizzard campus,” she says. “I only think of one thing: I’m home.”

At Blizzard, we need people from all disciplines and backgrounds to create world-class games for world-class players. To work alongside Blizzard’s heroes, check out our careers site.