From a stringent application process to a keen focus on diligence and impact, the Seal of Distinction program has established the Call of Duty Endowment as a true difference maker in the lives of our returning veterans

Today, the Call of Duty Endowment announced the start of its application process for the 9th annual “Seal of Distinction” Award. This award recognizes U.S. non-profits that place veterans into high-quality jobs while exhibiting the highest levels of effectiveness, efficiency, quality, and integrity. This prestigious award is accompanied by a $30,000 unrestricted grant, and provides the opportunity to apply for future restricted funding. The 2021 winner was American Corporate Partners.

Going into its ninth year, the Seal of Distinction Award has become a badge of honor for organizations who are committed to making a difference through employment opportunities for returning veterans. The AB Newsroom delved into the origin of these awards, and what it truly represents to the grantees.

When the Call of Duty Endowment was founded in 2009, its motivations and intentions were clear. The Call of Duty game franchise had both embraced, and been embraced by the military community, and the imperative to give back was without question. Writing those first few checks to some veteran-focused non-profit organizations felt good, but they also felt like not nearly enough. There were other nagging questions too - Where was the money actually going? Who was it helping? And how much impact was it driving?

Clearly, there was more work to be done, and the Endowment was ready and willing to roll up its collective sleeves and ensure that their support for veterans went deeper and  was more tangible than just a signature on a check.

They turned to Dan Goldenberg, who carries not only a distinguished service record – 27 years of active and reserve military service during which time he served four tours as a commanding officer, operated as a carrier-based naval flight officer and intelligence officer, acted as special assistant to four Secretaries of the Navy, and was honored with the Defense Superior Service Medal before retiring as a Captain– but also impressive commercial experience in growth strategy and management consulting.

“The Endowment’s Board said, ‘We’ve got this idea, but you’ve got to figure out how to operationalize it,’” says Goldenberg.

The Drive to Do More

After nine years of active duty, Goldenberg ended his service to attend Harvard Business School – only to have his first day fall on September 11, 2001. “I lost friends in the Pentagon that day, so I decided I wanted to get back and do what I could,” says Goldenberg. “I joined the Reserves and stayed in, until I retired two years ago. At the same time, I was pursuing my civilian career in management consulting and information services. I used a lot of professional connections I made, to help other vets when they were struggling with their jobs. So, it became a personal passion for me.”

Goldenberg’s personal connection to the cause combined with his business experience made him the perfect person to synthesize the Endowment’s commitment to improving the way veteran non-profits functioned and performed. “What I loved about [the opportunity] was the Endowment’s Board didn’t want a non-profit person, they wanted a businessperson, who was a vet,” says Goldenberg. “They knew that a lot of what the non-profit and government sectors were doing wasn’t working, so they wanted someone who could apply a business sensibility to a social problem. They also wanted someone who was knowledgeable from a veteran’s perspective and passionate about the cause.”

In the Seal We Trust

With a plan of action in place, the Seal of Distinction itself took shape, created and tested with pro bono support from Deloitte. “We were striving for something that would be recognized as a symbol of excellence in the field. And I think it’s become one,” says Goldenberg.

To receive the Seal, nonprofits need to submit an application for review, one that must be renewed every two years. “The vetting program is really based on performance,” explains Goldenberg. “We look at the application, and consider four basic things: First, are the claims this nonprofit makes about its program’s performance true? Then we look at their past, present, and future financial health. Are they in a tenuous or strong financial situation? Then we do background checks on key employees, and finally perform a policies and procedures check, just to make sure they’re following all the applicable laws and taking care of their staff.”

If this sounds stringent and a little intimidating, well, it’s supposed to be.

“We’ve been in this for 18 years, and I like to call us the house that Call of Duty Endowment built,” says Deb Kloeppel, Co-Founder and President of VetJobs, and wife of retired Navy Admiral (and VetJob Co-Founder / CEO) Dan Kloeppel. “The Seal of Distinction sets us apart. Unfortunately, only a few other non-profits are willing to open their books and open their lives for this review that we are given every two years. If I had it my way, I’d want it every year because it just makes us stronger and stronger!” 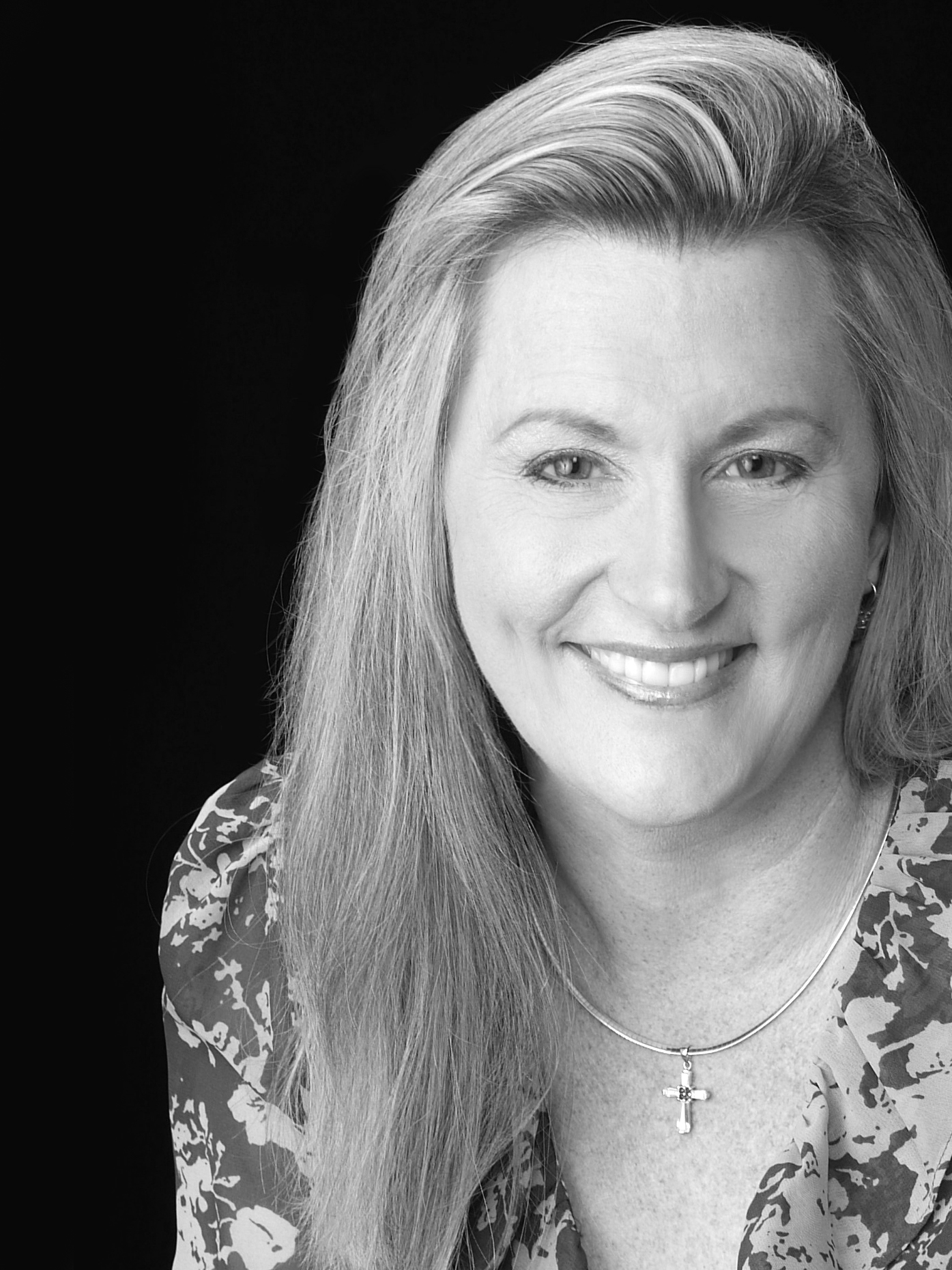 Goldenberg admits that the first couple of years working with the Endowment, he was met with a little skepticism that a video game company was really going to change the way military-focused non-profits conducted their business, and he understood why. “It took about two years - people were like, ‘Is this real? Or is this just a PR stunt?’,” he says. “And that was because, well, like most big companies, we hadn’t driven serious social impact. But we knew that and Bobby [Kotick] was pushing us to do something big and meaningful.”

And, as Kloeppel says, any skepticism about the company’s commitment to helping veterans was not coming from the military community itself. “In the military world, when you say Call of Duty, eyes go wide with excitement,” she says.

After years of serious impact, any remaining doubt would have been quenched by the announcement that the Endowment had met its pledge–two years early– to place 100,000 veterans in quality jobs by 2024. “I think the next phase is doubling down,” says Goldenberg. “On to the next 100,000. We have a very compelling road map to getting there. We have a model that works, and the need hasn’t abated one bit. Historically, we tend to forget our veterans once a conflict is over, but the need doesn’t go away as it’s still a struggle. So, we are staying true. The Call of Duty franchise is inspired by the military ethos and that is how we give back - by staying true to those who inspired us.”

VetJobs has placed over 80,000 veterans in quality jobs since 2010, something Kloeppel credits directly to having the Seal featured prominently on their site and materials. “Think about this for a moment: What would happen if the Endowment stopped funding non-profits? 30,000 people would not get jobs in the next two years. It brings tears to my eyes,” she says. “Here’s what I also love about the Call of Duty Endowment. It would be so easy for them to be a referral service. It would be so easy to stop job placement and just be a referral system, but they are committed.”

Elevating the Collective Through Continuous Improvement

The Seal of Distinction has clearly succeeded in establishing a standard that hadn’t existed before, but as Goldenberg says, there is always work to be done – and some of that involves learning from the very organizations they are helping to support.

“We don’t just write checks. We stick around and we measure results on a quarterly basis, and we also look for trends that can help us influence and improve our grantees,” says Goldenberg. “As an example, four years ago, two of our grantees were doing exceptionally well, placing women veterans in jobs, much better than the rest of our grantees. So, we talked to them, and we distilled what they were doing differently. We were able to codify learnings for  our other grantees. The next quarter and every subsequent quarter they all did better for women veterans, which our grantees now place at double their representation in the veteran population.”

The challenges that returning veterans face is always evolving. The Endowment understands this and is committed to being a steadfast steward that is continually learning, evolving, and improving. The Seal of Distinction underlines that commitment.

“We are life-long services. Most nonprofits can’t say that. But the Call of Duty Endowment has trained and taught us. They are protecting every veteran that seeks our services from anything unsavory. We honest-to-goodness would not be where we are today without them," says Kloeppel.

For organizations to be considered for the Seal of Distinction award, they must be a U.S. based non-profit and complete an online application here. Applications must be returned by 11:59 PM (Pacific), Sunday, August 14th, 2022.