How the Brom Family Made Diablo a Family Business

For Father’s Day, we celebrate the artist Brom and his sons, Devin and Killian – two generations of creatives who had turned Diablo fandom into Diablo careers.

Killian Brom recalls a time when his elementary school teacher sent him to the guidance counselor because he had been drawing monsters, demons, and other things that, in Killian’s words, “concerned them.” As is typical in situations like this, a call was made to his parents. What was not typical was the response from Killian’s father, Gerald: “No, no, no…you don’t understand. That’s what I do for a living.”

You see, dark fantasy and the macabre are a family business for the Broms, and in a rare case of stars, paths, and passions aligning, their favorite game of all time – Diablo – has now become something of a family business, too.

A fine artist with a portfolio of incredible dark fantasy and horror art, Gerald – who is known professionally as simply, Brom - was instantly drawn into the Diablo world with the original game and leapt at the offer to provide cover art and character design for Diablo II, in 2000. Now, both of his sons - Killian and Devin - are on the Blizzard team, building the much-anticipated Diablo IV, as Associate Sound Designer, and Game Designer of Dungeons, respectively. 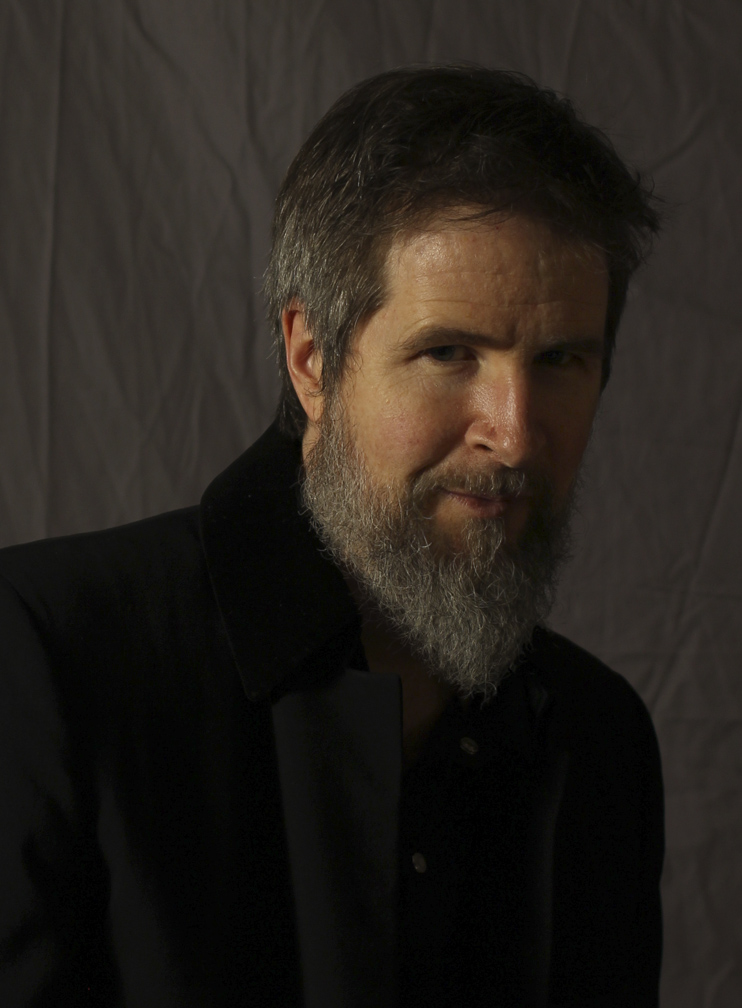 “Diablo has been a part of our family, and it’s been a part of Devin and Killian’s DNA since they were kids,” says Brom. “When I got that first Diablo game, I think Killian was maybe 4 and Devin 2, and I remember them sitting up in their little highchairs playing it.”

With Father’s Day approaching, we spoke to the Brom family about finding shared inspiration in the Diablo world, their individual paths towards working on the games, and what, exactly, is the perfect Father's Day gift for a dad whose workroom is filled with skulls, demons, monsters, and other “concerning” things.

From D&D to Diablo

A self-described “army brat” who lived all over the world, Brom absorbed creative influences from Japan and Germany, but it was in fantasy novels that his imagination really caught on fire. He would read about worlds and creatures described by the likes of Edgar Rice Burroughs, Robert E. Howard, and Edgar Allan Poe, and then try his best to draw and paint what he saw in his head. The darker, the better!

“When I was 3 years old, I was collecting skulls - not a lot of 3-year-olds collect skulls,” laughs Brom. “My mother made me a Dracula cape when I was 6, and I wore it every day for two years. Part of it is just born in you, plus people are fascinated by things that can bite and hurt them.”

Brom started out in commercial art but grew bored by the lack of monsters in most advertising commissions. After breaking in with a few comic book covers, his work came to the attention of TSR, the makers of Dungeons & Dragons (D&D), who hired Brom to do cover and character work. He had finally found his place. “That was the period of my biggest growth,” he says. “And it also gave me an opportunity to paint what I feel like I was born to paint, which is dark fantasy.” 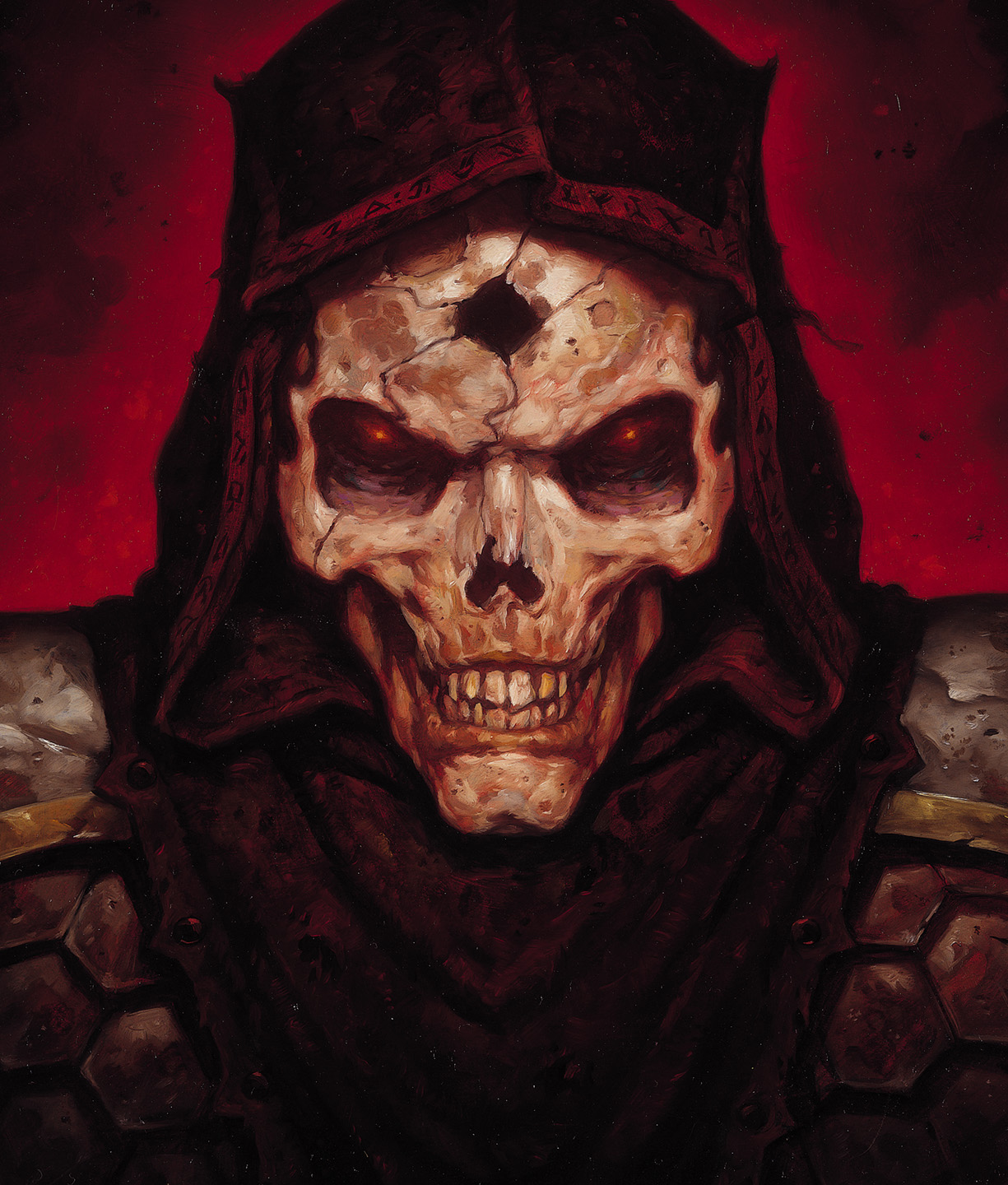 In a move that would later become the bane of guidance counselors’ existence, Brom would often work side-by-side with his sons and get them thinking creatively at a very young age. “I actually remember when I was a kid, Dad would be working on paintings and stuff, and he’d call me and my brother into the room,” says Devin. “And he’d show us five different terrifying demon heads and be like, ‘OK, which one of these makes the most sense on these monsters? Is this one too weird looking?’ It was great!”

Between that, the family Diablo matches, and the fact that the walls of the Brom house were filled with enough macabre art and “cursed relics” that it made Halloween redundant, Devin and Killian began carving out their own creative paths. 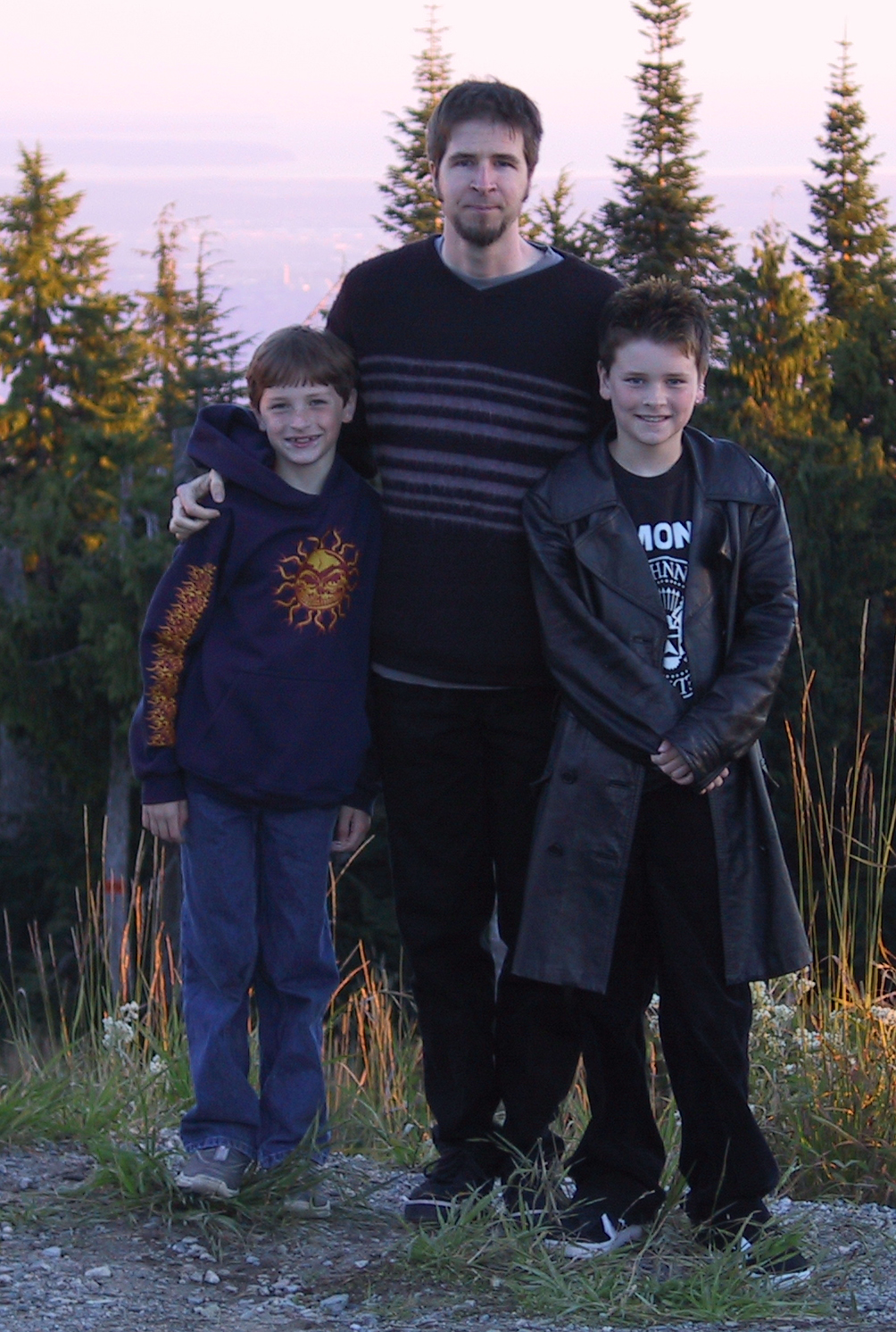 For Devin, dungeon design was something he was into before he even realized such a job existed. After a family round of Diablo, young Devin would head to his room with blocks and action figures and “just create dungeons and come up with my own game rules – even way back then, I was basically doing dungeon design on my own.” Shortly after graduating college, Devin applied to a few studios and was understandably thrilled when Blizzard contacted him while they were staffing up for Diablo IV. “It’s definitely a game that I know and love to its core, and when I met the team, it was just an immediate fit. Everyone here is super creative and talented. It just immediately clicked.” He also grew to appreciate the dungeon design role in the larger context of the Diablo experience. “Dungeon design is very central to the team. We communicate with quest design, with narrative design, we talk a lot with environment artists. We have our hands in every department and you see how it all ties together. I love that.”

Despite his infamous classroom doodles, Killian describes himself as being “trash at drawing” and instead found his inspiration (and eventual path to Blizzard) elsewhere. “My parents were goth-y punk rockers back in the 80s, so I got into a lot of music like Siouxsie and the Banshees, Nick Cave, and stuff like that,” says Killian. “And through my own exploration, I discovered a lot of electronic music, like Nine Inch Nails and Aphex Twin. I was just obsessed with how these artists would create these sounds. So, I just started doing that on my own.” After doing the kind of freelance jobs that required him to find the right mix of fruits and vegetables to simulate the sound of someone’s hand going through another person’s chest (for the record, Killian used cantaloupes and cabbage), he joined the Diablo team just a few short months ago. “Diablo is sort of home,” he says. “It’s my touchstone for how dark fantasy should sound and feel. It’s really a dream come true to be working on this project that I’ve been such a dork over for almost my whole life.” 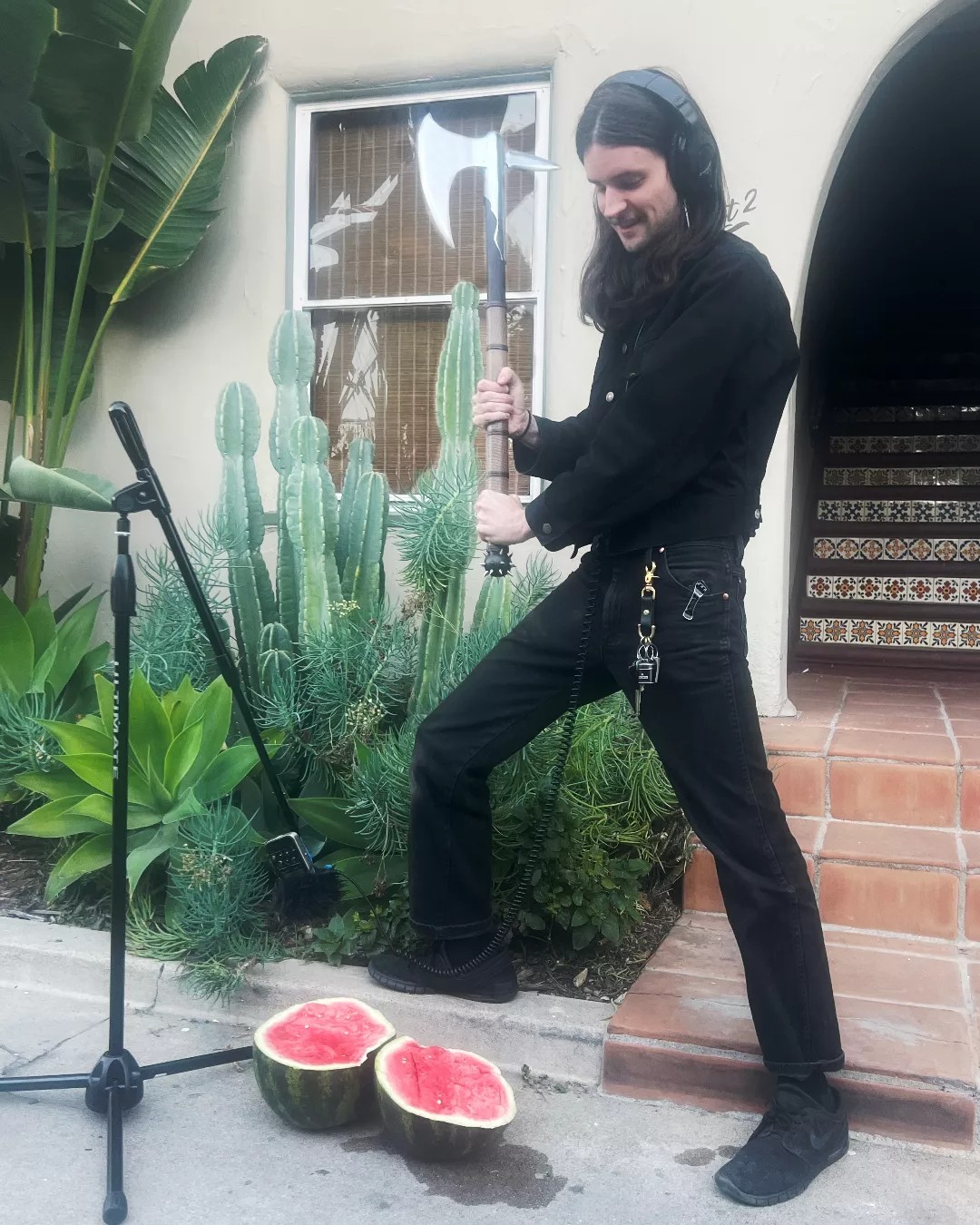 The Family That Plays Together. . .

The most incredible part of the Broms’ story is that – despite their shared love for Diablo – having this deep, generational connection with the continued growth and development of the franchise was not something any of them ever saw happening.

“None of us planned for this to happen, but the fact that it did, it just makes sense, given how much we talk about it and how much we’ve played it as a family,” says Devin. Brom is equally amazed at how the cards fell, especially given how each of them came to the franchise from such different creative disciplines. “My wife and I are still so excited that both our boys are not only working at Blizzard, but on Diablo. We’re thrilled about it.”

Killian credits his father for giving him and Devin more than just an early obsession with the dark, but something else that would fuel their professional growth. “Dad’s character design and art is just next level, it’s amazing,” he says. “But artists are often left-brain thinkers, and sometimes lack the drive to be successful. But he is focused and has that drive, which is rare. Dad has always supported us to follow our dreams because he’d taken such a wild path himself. He’d be like, ‘Go for your dreams – even if they’re making demon noises for a living.’” 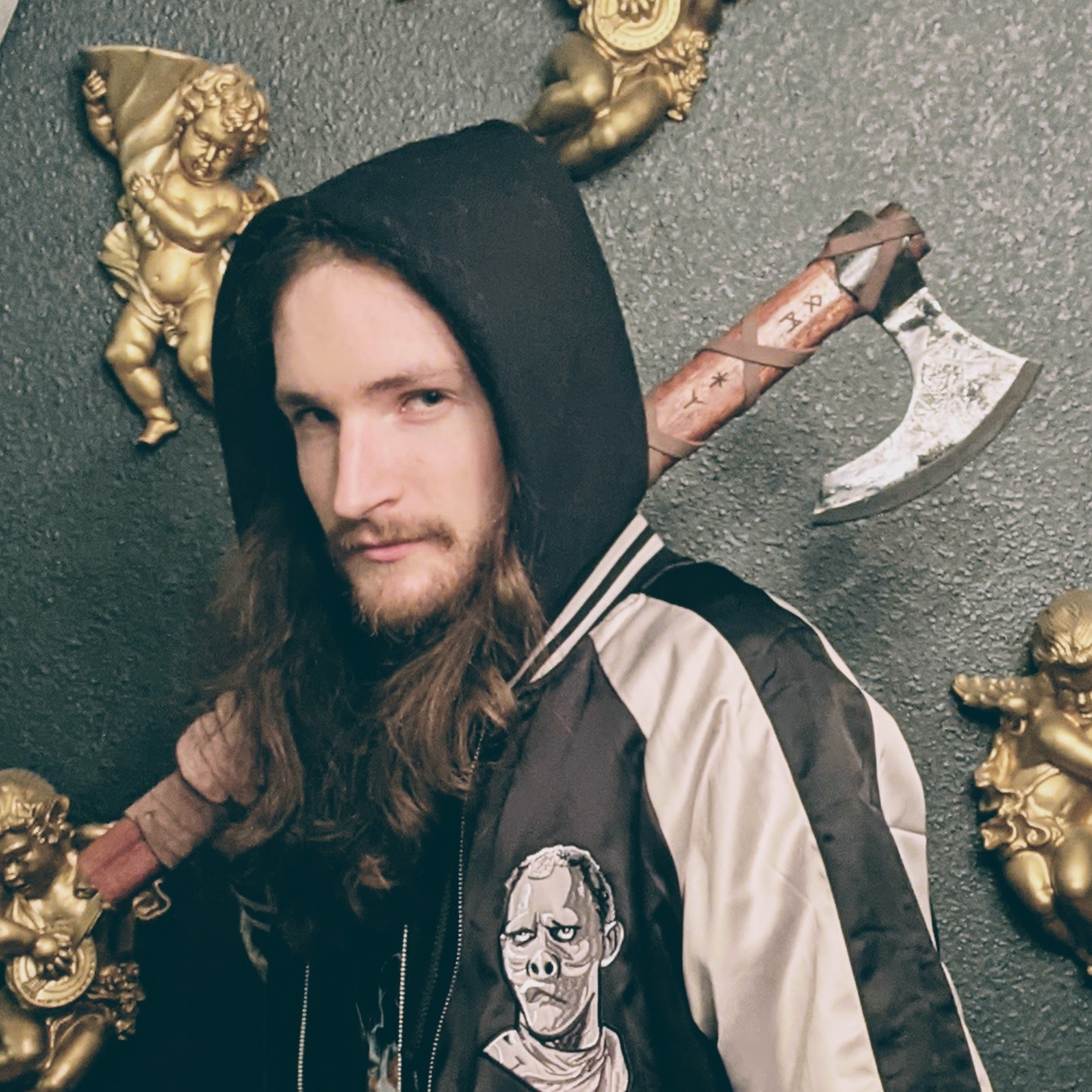 Devin, with a potentially cursed relic

Just as Brom used to get his sons’ thoughts on demon heads or weapons when they were little, so the three of them continue to nudge and support each other creatively – whether its Killian playing through a Devin-designed level, or Brom listening to one of Killian’s sound mixes to see how well it translates. The next step, of course, is for all of them to come together in the place that started it all. “Now that they’re both working there, I think my dream opportunity would be for Devin to design a creature, and I paint it, and then Killian comes up with its sound effects,” says Brom.

Devin interviewing his Dad for BlizzConline 2021

Which brings us back to life in the Brom household. Living in a place covered in skulls, demons, and cursed artifacts (Killian recalls childhood sleepovers being particularly challenging – “Some people couldn’t hang. They’d see the art on the walls and would be calling their moms to come get them in the middle of the night”), it begs the question: What does a “typical” Father’s Day gift for Brom look like?

“Having such creative kids, they’ve definitely gotten me some interesting gifts over the years,” he says. “They once sang an amusing duet on a Happy Father’s Day song and that was quite nice. But I’m a hard person to shop for, so most often they just bring offerings of whiskey and chocolate.”

Excited for Diablo IV? Check out the much anticipated game's mid-year update from Blizzard Entertainment.