How Call of Duty: Mobile Places the Franchise’s Best into the Palm of Your Hand

Free-to-play Call of Duty in the palm of your hand. Executive Producer Jeffrey Gullett and Art Director Derek Smith discuss their roles in bringing the beloved franchise to life on mobile.

To find out more about what goes into developing a AAA gaming experience of this caliber, we spoke to two team members — Executive Producer Jeffrey Gullett and Art Director Derek Smith — to get insight on producing and creating for this massive title. 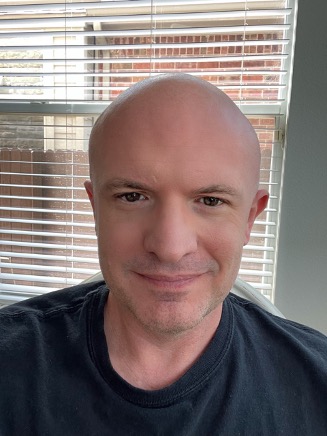 “There’s so much that Call of Duty has to offer, and I’m excited to be able to play with this toolbox.” - Jeffrey Gullett

With over fifteen years’ worth of production credits on a vast array of titles across mobile, social, casual, and AAA games, Executive Producer Jeffrey Gullett is no stranger to the intricacies of game production. Still, he’s amazed at the sheer scale of Call of Duty: Mobile. “It’s so massive compared to anything I’ve worked on before,” he says. “We’ve pulled from the entire pantheon…almost every Call of Duty game appears in some form in Call of Duty: Mobile.”

This year, a fresh story arc in Call of Duty: Mobile sees the return of series villain Vladimir Makarov at the head of a major heist, five years after the events of the prior narrative. His greatest rivals return to meet the threat, the legendary Task Force 141. “We start off with a rough outline of the major beats we want to hit throughout the year,” he says. “We’ve got some new narrative designers, so we’re getting some interesting new voices.”

In this narrative strip, the legendary Task Force 141 is called in to resolve a hostage situation. Not everything goes as planned.

Considering the game’s global audience, the team strives to ensure that as many people as possible can play. “It’s always been a goal to deliver the best Call of Duty experience possible on mobile devices. Everything from fine tuning our on-screen controls, optimizing our assets, improving our networking performance, reducing our install footprint, are all at the forefront of the team’s mind every day,” he says. “This can be challenging with the vast number of different devices out there, but it’s also very exciting knowing how many potential players there are in the world.”

And how do they manage so much game content? “Our production team is divided up into three different lanes,” he says. “First, we have the very robust content and live ops lane that handles all the seasonal content, everything from the characters, weapons, maps, and different game modes. Then there’s the production lane focused on new features, whether it’s a brand-new game mode like Clan Wars or Zombies, or technical upgrades and bug fixes."

Adds Gullett: “Finally, we have what we call our special projects team who handles our esports and other partnerships. Each of them has their own set of challenges that they’re trying to solve…a kind of divide and conquer approach to developing this massive title.” 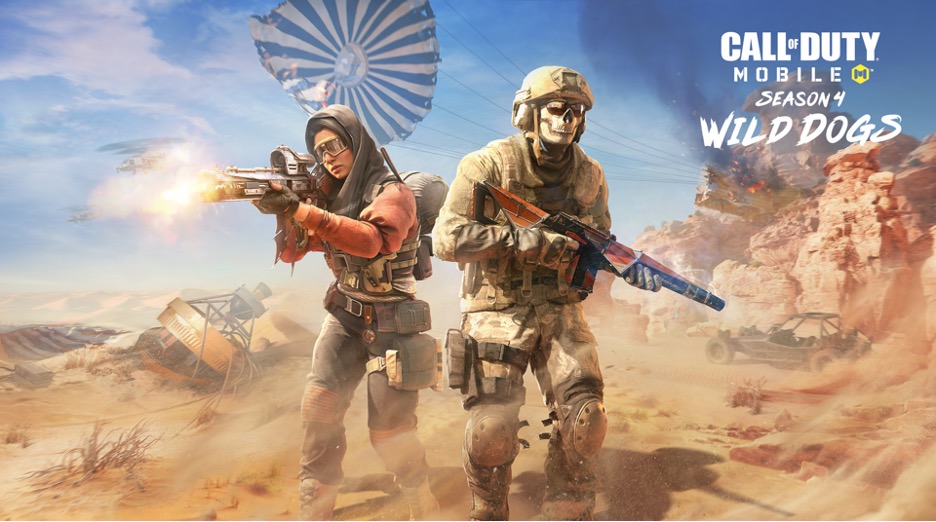 He enjoys watching the fans play, too. “I pop onto YouTube and Twitch all the time just to watch people streaming our game. I love seeing those raw reactions, and I learn a lot by watching them.” With access to such a huge player base, the feedback the team gets is nearly instant. “We’ll drop a new update and get an immediate response on what people think, what they do and don’t like. I love that instant feedback.”

The team often takes this feedback and directly engages with the community via their frequent updates. Whatever the topic, whether it’s concerns over game balance, in-game challenges, operator and weapon requests, or anything else, they let their players know which issues are being investigated and which ones are being worked on, helping build trust between developers and players.

And what does Jeffrey most like about working on Call of Duty: Mobile? “This is one of the most talented teams that I’ve ever worked with,” he says. “I get to see all of these people deliver outstanding work, day in and day out. It’s amazing to be a part of.” 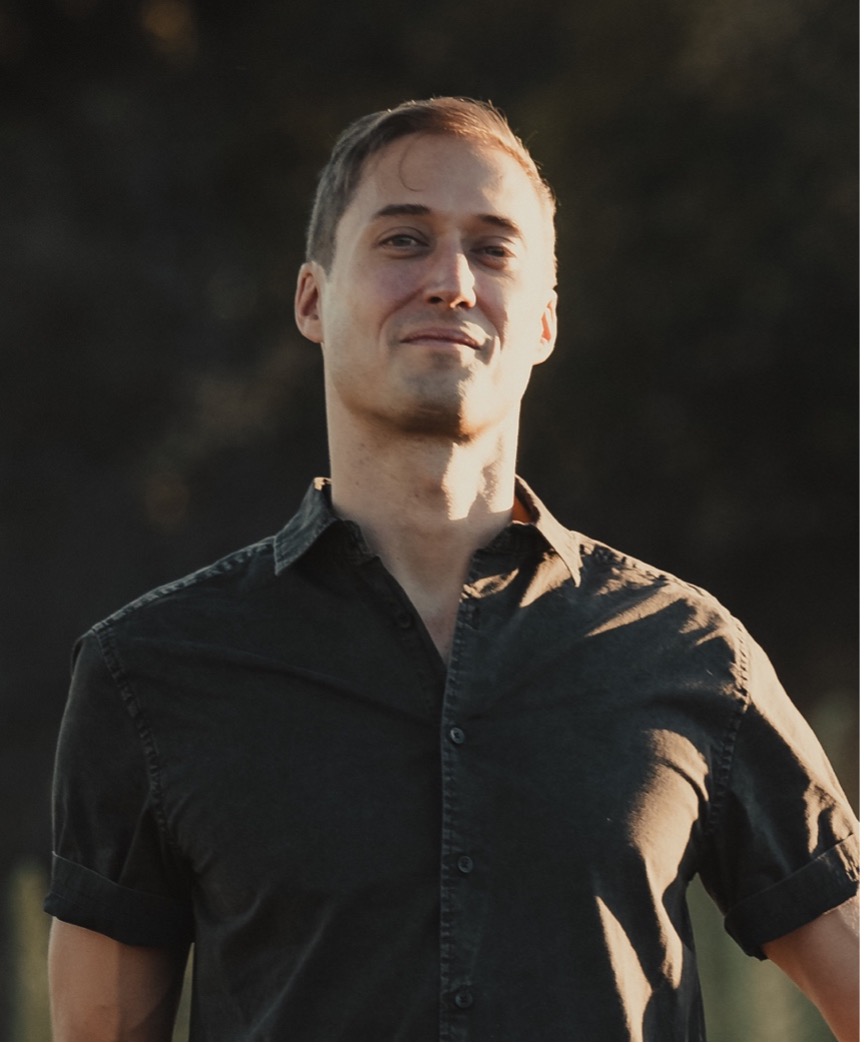 “We get to create so much unique content, across such a large breadth of styles.” - Derek Smith

Art Director Derek Smith has been working on mobile and social games for the past decade, with credits on mobile projects spanning from Heroes of Dragon Age to Star Wars: Galaxy of Heroes. An avid gamer, he studied illustration at the Academy of Art with the intention to go right into video games.

“Earlier in my career, I jumped around to a few different studios doing concept illustration work,” he says. “I’ve been working on games pretty much non-stop since. I couldn’t have asked for a more perfect job.”

How does the team determine which franchise content to bring in? “I think about things from a player’s perspective and what they want to see,” he says. This might be weapon or operator skins that have been well received by the community, helping to guide the development of future content. “We try to understand what they like and enjoy, and that helps guide some decisions. I manage a team of internal designers and we come up with a variety of briefs for weapons, skins, new operators, and other items to incorporate into the next season.”

The team also expands on the game’s narrative from season to season. “Each season has its own narrative. We develop an in-game comic with comics writers and illustrators. I then work with marketing on developing static and video assets, so that the content they release meshes with the narrative we’re telling.” 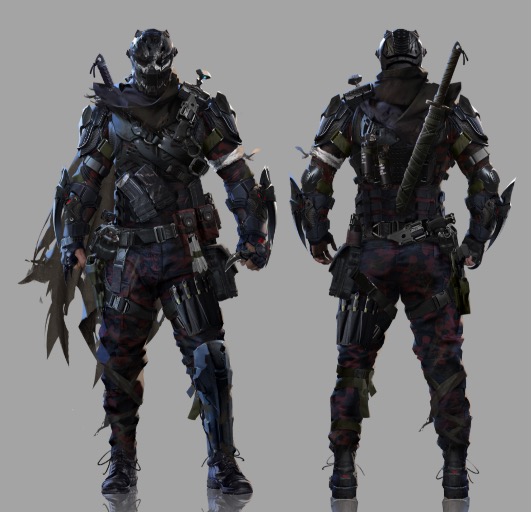 It’s part of his job to shepherd all this through from ideation to the live game. “A lot of it is establishing what the content is, then following it through the pipeline, giving feedback, approving the assets, and making sure they get in the game the right way. We think strategically about our content because there are so many levers to pull before release.”

And while overseeing all this work, Derek still finds time to illustrate. “I paint over assets all day every day, and I draw stuff,” he says. “It’s nice. I’m so thankful to have that concept art background because it plays a huge part in my everyday work. We have very talented concept artists and being able to bring that artwork in and give very clear feedback is super helpful.”

His favorite part of the job? “I love the collaborative, creative environment. Every season we launch has roughly 400 assets, everything from camos to calling cards, avatar frames, charms, blueprints, everything. There’s so much to create and look at and collaborate on every day, and we’re always trying to think up cool ideas.”

Eager to try it for yourself? Download Call of Duty: Mobile for free to get a firsthand idea of just how much effort these developers are putting in to create a first-class mobile experience. Follow @PlayCODMobile on Twitter for frequent updates on upcoming content and events.