Defining Your Own Success: 3 Key Takeaways from Actor & Author Simu Liu’s Conversation with Our API Community

The Shang-Chi and the Legend of the Ten Rings star was hosted by Activision Blizzard’s Asian Pacific Islander (API) employee network during its ongoing Lunar New Year celebration. He talked about his early career, the impact of the immigrant experience, and demanded an update on StarCraft 3.

“I refuse to answer a single question until somebody confirms the development of StarCraft 3.”

With that, newly minted Marvel Cinematic Universe (MCU) superhero Simu Liu laid his cards on the table. An actor, author, and avowed gamer, the Shang-Chi and the Legend of the Ten Rings star wasn’t about to let his opportunity to (jokingly) needle the assembled Blizzard employees who were awaiting the Q&A. Expertly stonewalled with a noncommittal answer from host Faustine Chow (“I can neither confirm nor deny…”), Liu proceeded to happily engage with the ABK community about his own experience as a Chinese immigrant to Canada, his unusual career path, and what drives him to push back against stereotypes, cliches, and others’ often unwieldy expectations. “When you fire an arrow from a bow, you have to kind of pull the string back – I feel like my entire upbringing was going the opposite way of where I was supposed to go,” admitted Liu.

What followed was an hour of good humor, insightful reflection, and at least one show-stealing rescue puppy. For those who were unable to attend, here are some of the key takeaways:

In honor of Lunar New Year, Liu considered what the celebration means for the children of immigrants, and how it keeps evolving. “I feel like Lunar New Year is an interesting time for second generation children of immigrants because we have to come up with our own – we’re one degree of separation removed from true Lunar New Year so we’ve kind of cobbled together our own definition of what that is,” said Liu. “But it’s a time to share with family and continue to keep those traditions alive in any way shape or form that we can. I’m fascinated to see how our children will keep those traditions alive.”

The Push for More Creative Storytelling

Starting out, Liu found the roles afforded to Asian actors to be extremely limited, and narrow-minded. “We were just props to move the story forward. We were placeholders in the main character’s journey, never the main characters ourselves.” Although he pushed himself to accept limited roles (often with accompanying cliché accents) like “Hong Kong Desk Cop” or “Air Traffic Controller” – as one attendee in the comments section called it, the “Magical Minority Trope” - Liu says he knew he was using these roles as stepping stones towards doing something more impactful.

“I had such a long road ahead of me. It’s one thing to be passionate about something but it’s quite another to get good at it. So, it was a process. I was using the money I made from roles to invest back into classes, to always get better.”

The tendency for Hollywood movies to consistently portray Asian characters as martial artists also proved tricky to navigate for Liu, even when faced with his breakout MCU role.

“When people outside our culture see us, they see Jackie Chan or Jet Li so you almost felt like a need to be good at martial arts. When I started in 2012 it was a pre-woke, pre-Twitter world and we were just not imaginative about the kind of roles that we would have had for Asian people. We didn’t have the system we have now, where there are Asian-American directors and producers and screenwriters who are able to share their vision.”

Liu discusses how this mindset was pivotal to how he and Shang-Chi director Destin Daniel Cretton approached what was, despite the Marvel logo, still a big budget martial arts movie. “It was a concern that we all had collectively going into Shang-Chi and it played a big role in how we chose to define that character, because that character was written by non-Asian people in the 1970s, his whole lens is not authentic to any Asian or Asian-American experience,” said Liu. “I think that was something [Destin] was very adamant about from the beginning. Yes, this will be a martial arts movie, but that being said, we are not going to make a stereotypical version of that. We are going to do it with proper Asian representation and proper homage and respect to the Asian experience.”

Defining Your Own Success

Perhaps the biggest message Liu had for the attendees was that of encouragement: Encouragement to fight for space and fight for a voice without compromising their identities.

“This fight cannot be won by just one person. I think it’s an important step in a long journey of fighting for space for ourselves.” Liu than cited the tendency of earlier generations to value survival – usually in for the form of keeping their heads down and not rocking the boat – over their own professional and personal fulfillment. “Our generation has to do away with that mentality and not be afraid to step in, lean in, and vocalize when things are not OK. Be representatives and activists in our own communities.”

In closing, Liu had a special reminder for all Asian professionals.

“Be proud of who you are, never be afraid to take up space, and be unapologetic in representing your identity and your communities in the workplace. Allow yourself to be leaders!”

After an all-caps outcry from the comments section, Liu introduced everyone to his dog – a sweet-faced mutt he rescued while filming in the Dominican Republic. “She was one of the extras. I fell in love with one of the extras, what can I say? But we’re very happy together…” 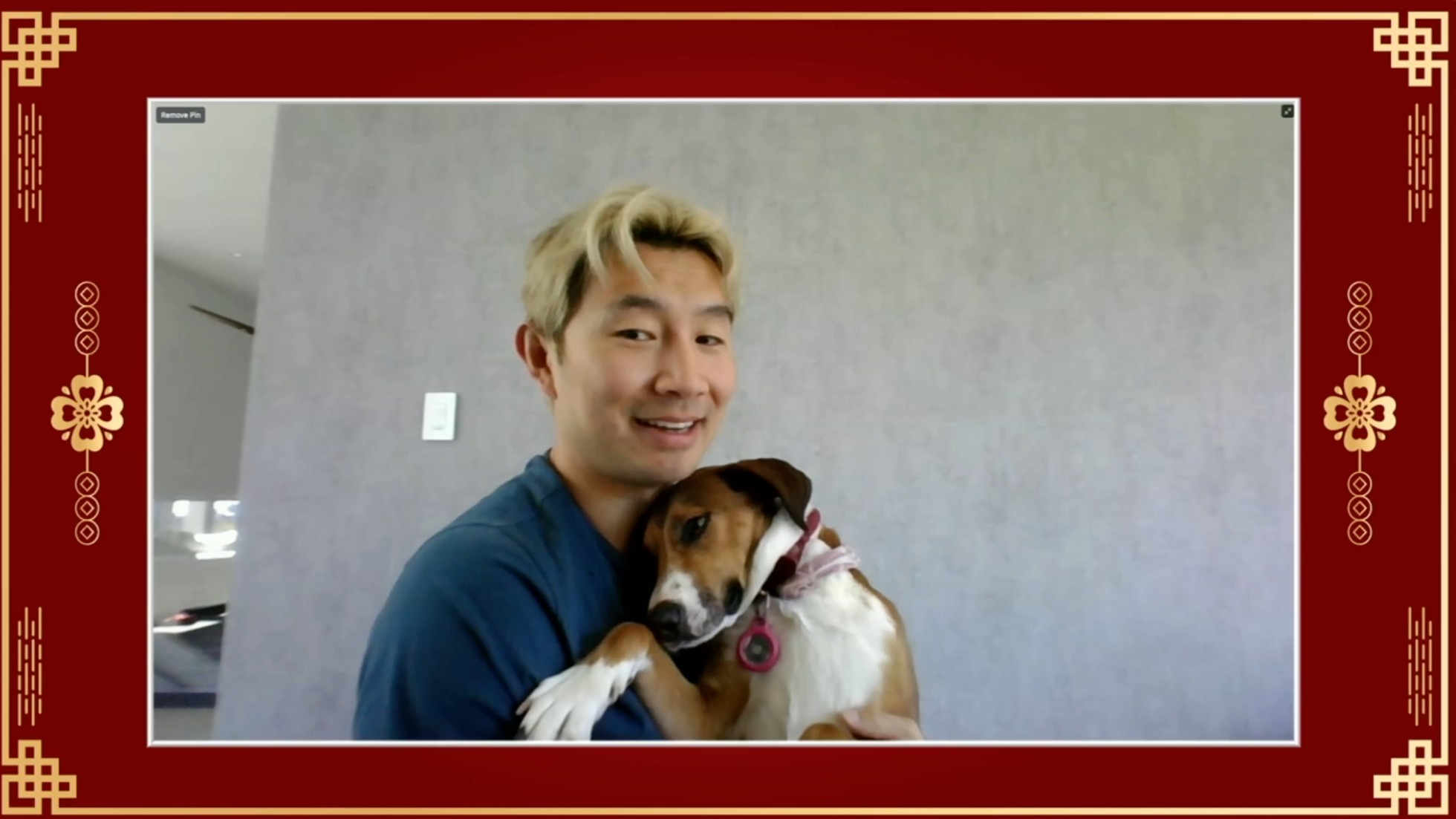