As was the case for virtually every competitive endeavor on Earth, the COVID-19 pandemic threw an existential curve ball at Overwatch League. Quickly adapting to the lockdowns and travel restrictions that swept the world in 2020, the league pivoted from a schedule packed with live in-person matches to an all-online format. One thing was clear amidst all the uncertainty: the pandemic might be sticking around, so it was time to get creative.

And get creative the team did. Fast forward to September 2021. Overwatch League has wrapped up its fourth season, crowning a new world champion in the Shanghai Dragons, despite the fact that the outlook for big in-person events and global travel hasn’t changed much since the pandemic’s outset for most of the world. How did they do it?

Part of the answer was to move operations to a slice of paradise with what the team calls Project Aloha. But Hawaii was only part of the equation. 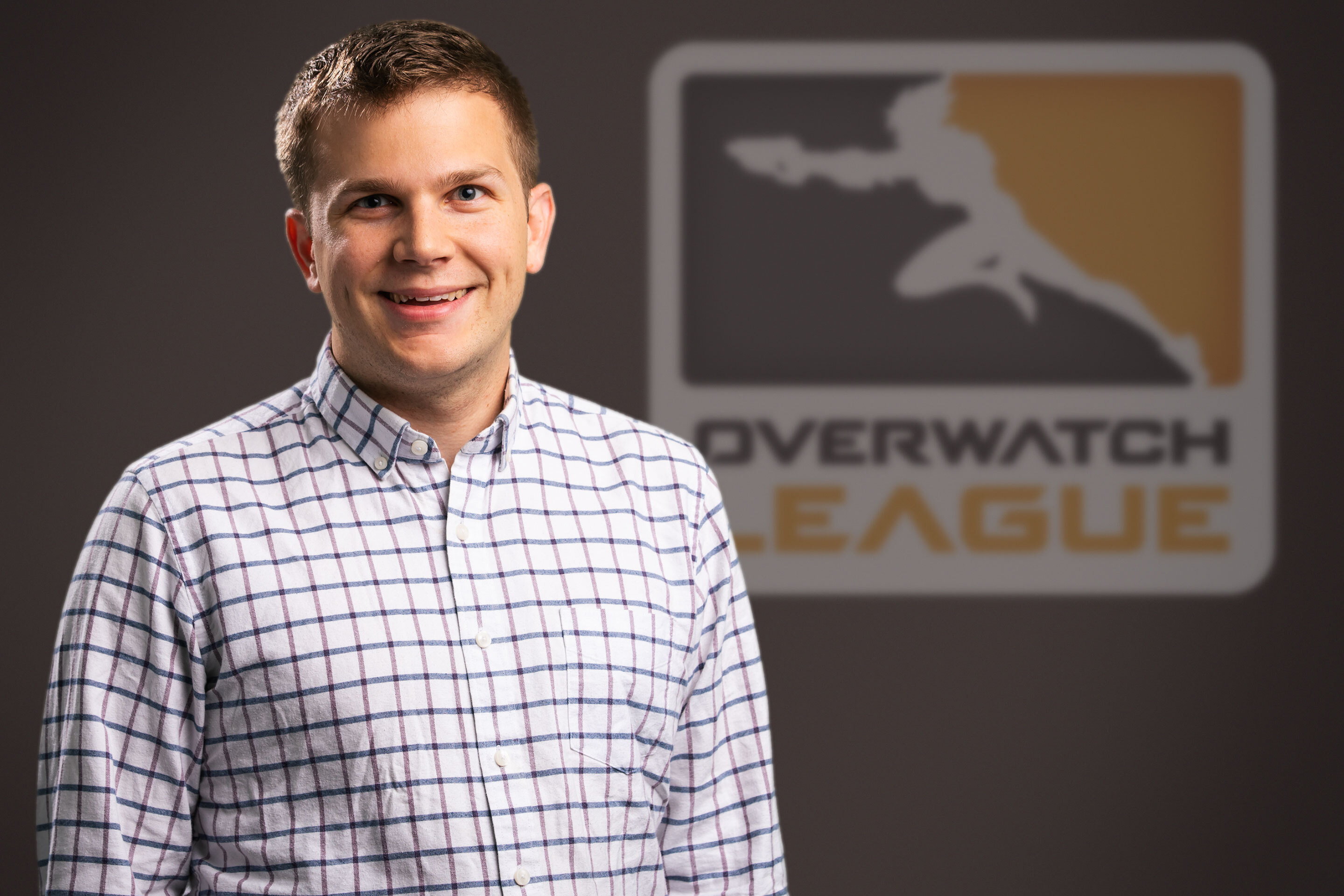 “It was a multilayered, and multistep solution,” said Jon Spector, Overwatch League’s Vice President.  “We didn't just build one thing and the problem was solved. The team assembled several puzzle pieces, each of which served a purpose, and each of which was integral to the whole thing coming together.”

Believe it or not, the first piece of this elaborate puzzle is a tool that strategically makes certain players’ internet connections slower.

Generally speaking, the farther away you are geographically from your opponents in a game like Overwatch, the longer it takes to transmit what’s happening in your game—like the firing of a weapon or your character’s movement through space—to theirs. This time lag is called “latency,” and it’s measured in milliseconds. For the typical player, all but the most severe disparities in latency are largely imperceptible. But for Overwatch League competitors, who make up the very best of the best and whose reflexes and reaction times feel like they verge on the superhuman, the smallest latency advantage can have big consequences.

Leveling the playing field in this area was the lynchpin of Project Aloha, and it fell on Overwatch’s engineering team to make it happen. “The root of this was in the interest of one of Blizzard's core values, which is ‘Play Nice, Play Fair,’” said Phil Orwig, Principal Engineer on the Overwatch team. “It's hard to play fair when you or an opponent has a perceived latency advantage.” 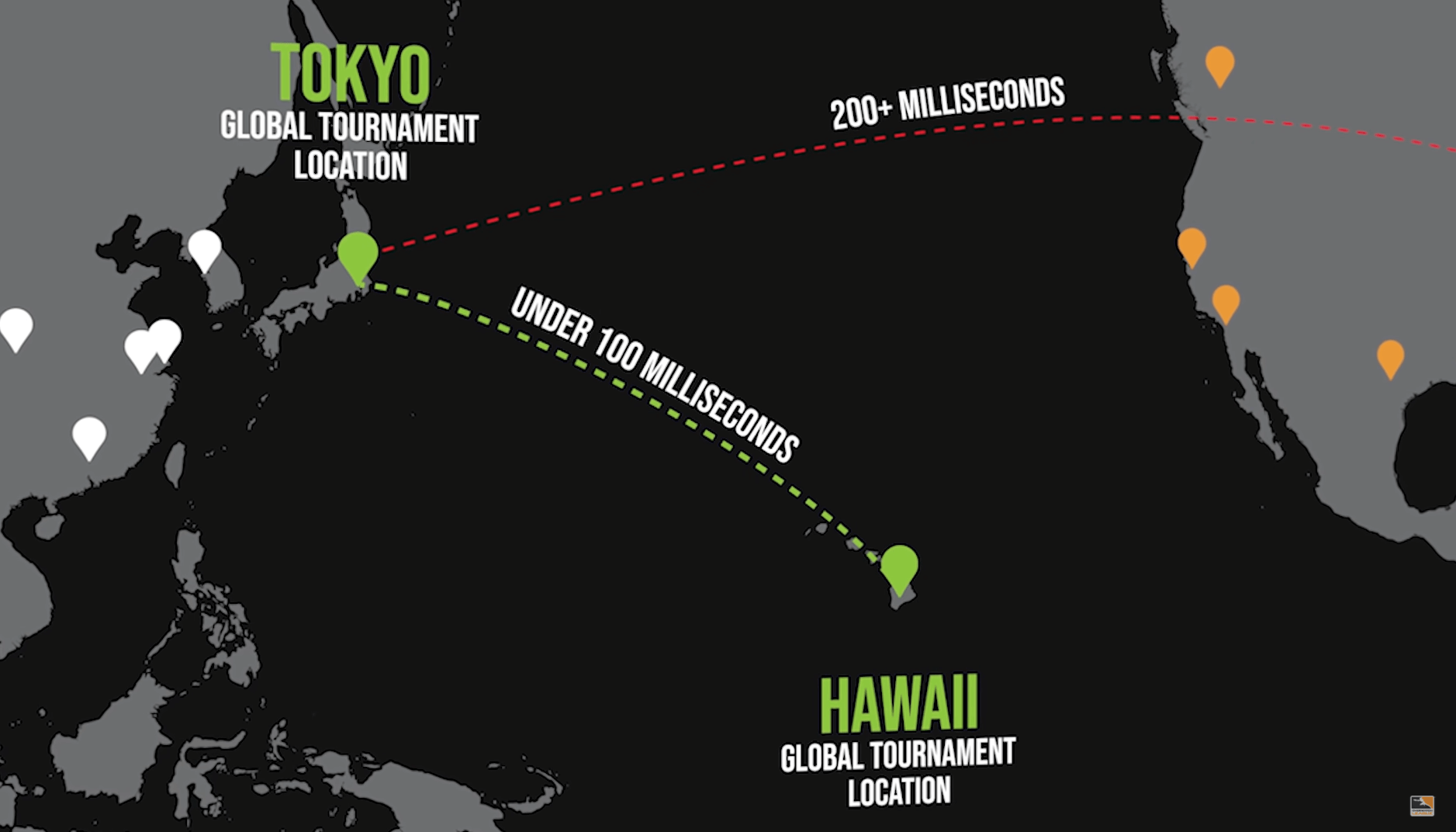 Setting up shop at the University of Hawaii allowed the OWL team to host matches between far-flung teams with acceptable latency.

Orwig and his team developed what came to be known as the Minimum Latency Tool, which works by setting a specific latency target for the span of a game and slowing down players on faster connections to match it. In practice, during Overwatch League matches, this amounts to something in the range of 50 to 100 milliseconds, a span of time so miniscule that it’s difficult to illustrate (the average human’s heartrate cycle is around 800 milliseconds).

During Overwatch’s development, the team would routinely run simulations of how the game would feel to players with slower network speeds, and it was by adapting this technology that the Minimum Latency Tool was born. “We leveraged that internal tooling and made it production-ready and usable by tournament administrators and players,” said Orwig.

Today, the Minimum Latency is employed in every Overwatch League match that’s played remotely, and is also available for players to use in their custom Overwatch matches.

Though the Minimum Latency tool was critical in ensuring fair conditions between far-flung teams, it was still important to have servers placed strategically across the globe to ensure the fast connections to begin with. When you consider the global nature of the Overwatch League, such a network would have to be vast.

“Our IT team and Overwatch’s engineers basically looked at a map of the world and identified possible server locations,” said Spector. “They then ran a series of tests that took into account where teams would be based in the 2021 season and created a network map of the ideal sites.” The network that resulted included numerous servers across North America and Europe, and, crucially, one in Tokyo, which in tandem with the Minimum Latency Tool enabled fair matches between teams from Korea and China. But it would also end up constituting the second critical puzzle piece for Project Aloha for different reasons. 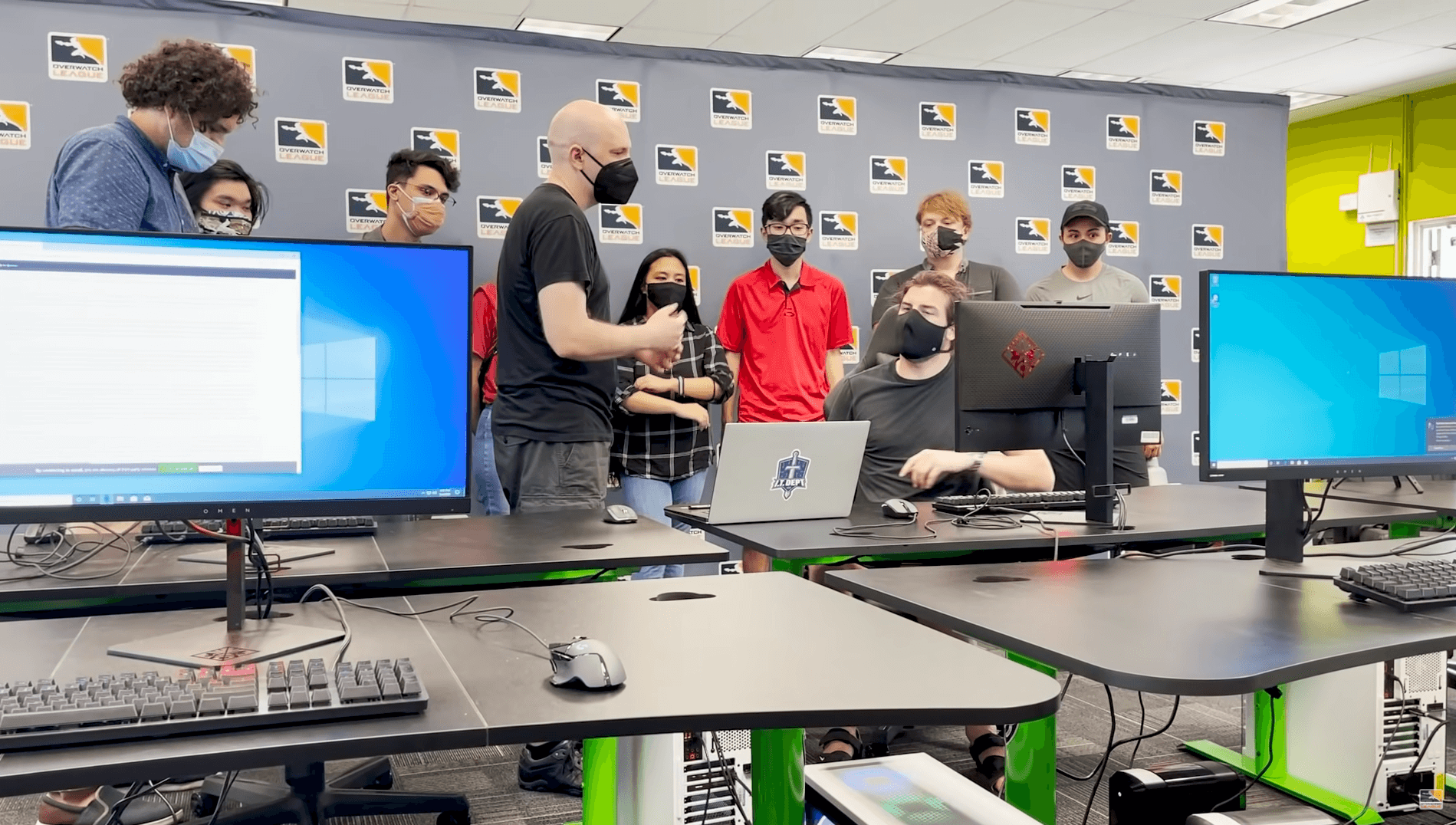 Students from the University of Hawaii got hands-on experience in live tournament operations during the events hosted by the school in 2021.

During any given Overwatch League season, it’s a given that teams from the West would come up against teams from East Asia. Under normal circumstances, this would simply involve some international travel. But the pandemic called for more unorthodox thinking.

“We started looking at all of the islands in the Pacific Ocean,” said Spector. “What if we could just get half of the teams to the Maldives? Or Guam?” According to Spector, it wasn’t long before someone suggested Hawaii. Visas would be a non-issue for US competitors, and the team was already well practiced when it comes to pandemic safety protocols for these sorts of events. But the real “ah-ha” moment came when the IT team pointed out the network of undersea internet cables they encountered in their datacenter research. “There's a cable from Hawaii straight to Tokyo where we have a server, so if we have players in China and Korea and Hawaii who connect to it, would it be good enough?” Spector recalls asking. Turns out the answer was “yes.”

“We started running speed testing with our IT team last December, and the first test that we ran actually failed,” Spector said.

As it happens, most internet traffic from Hawaii to Tokyo actually gets routed to California before going back the other way. For the majority of people using the internet (and this includes most people who play Overwatch), the latency increase from this circuitous path won’t matter. “But it did for us,” said Spector, “And so we realized that we had to find a way to work with an internet service provider to make sure we were using that special cable.”

Thanks to the team’s partners at the University of Hawaii, which served as the home base for Overwatch League’s operations on the island, the OWL IT team was able to guarantee that their traffic would indeed get piped directly to Tokyo via the Japan-US Cable Network, as the undersea tube is formally named. Preliminary tests clocked in at 90 milliseconds—superfast internet for a layperson, and perfectly acceptable for an Overwatch League pro.

Needless to say, the Overwatch League team has spent a lot of time in Hawaii this year, culminating in a Grand Finals in September where the Shanghai Dragons dominated the Atlanta Reign, which served as the ultimate use case for all of Project Aloha’s puzzle pieces.

“Even internally with our staff, there's still this sense of wonder that this all works,” Spector said. “I basically laughed when the Hawaii idea was first brought up. Next thing I know, I was sitting next to our IT team on site in Hawaii, watching the network speeds with them with continued disbelief that it was actually working. Our team pulled off an incredible feat.”