Accessible design is good design. Meet three leaders at Activision Blizzard who work to ensure that everyone can play our games.

It’s simple in concept: Accessibility is about enabling users to access and successfully use a product. For us, that means removing as many access and usability barriers as possible in our games, so everyone can play.

According to the organization Global Accessibility Awareness Day, which was formed to get people discussing, thinking, and learning about digital access and inclusion, there are one billion people worldwide with disabilities, including visual, aural, motor, cognitive, and other impairments.

These differing abilities drive us to consider how the various features in our games and the ways in which players interact with our products might create barriers for players with disabilities, then aspire to eliminate those barriers.

To commemorate Global Accessibility Awareness Day, we spoke with three accessibility leaders across our company —Adrian Ledda of Activision, Nikki Crenshaw of Blizzard, and Emilio Jéldrez of King—on what it means to design with accessibility in mind, and how important advocacy and cooperation are in leading us to a more inclusive video game experience. 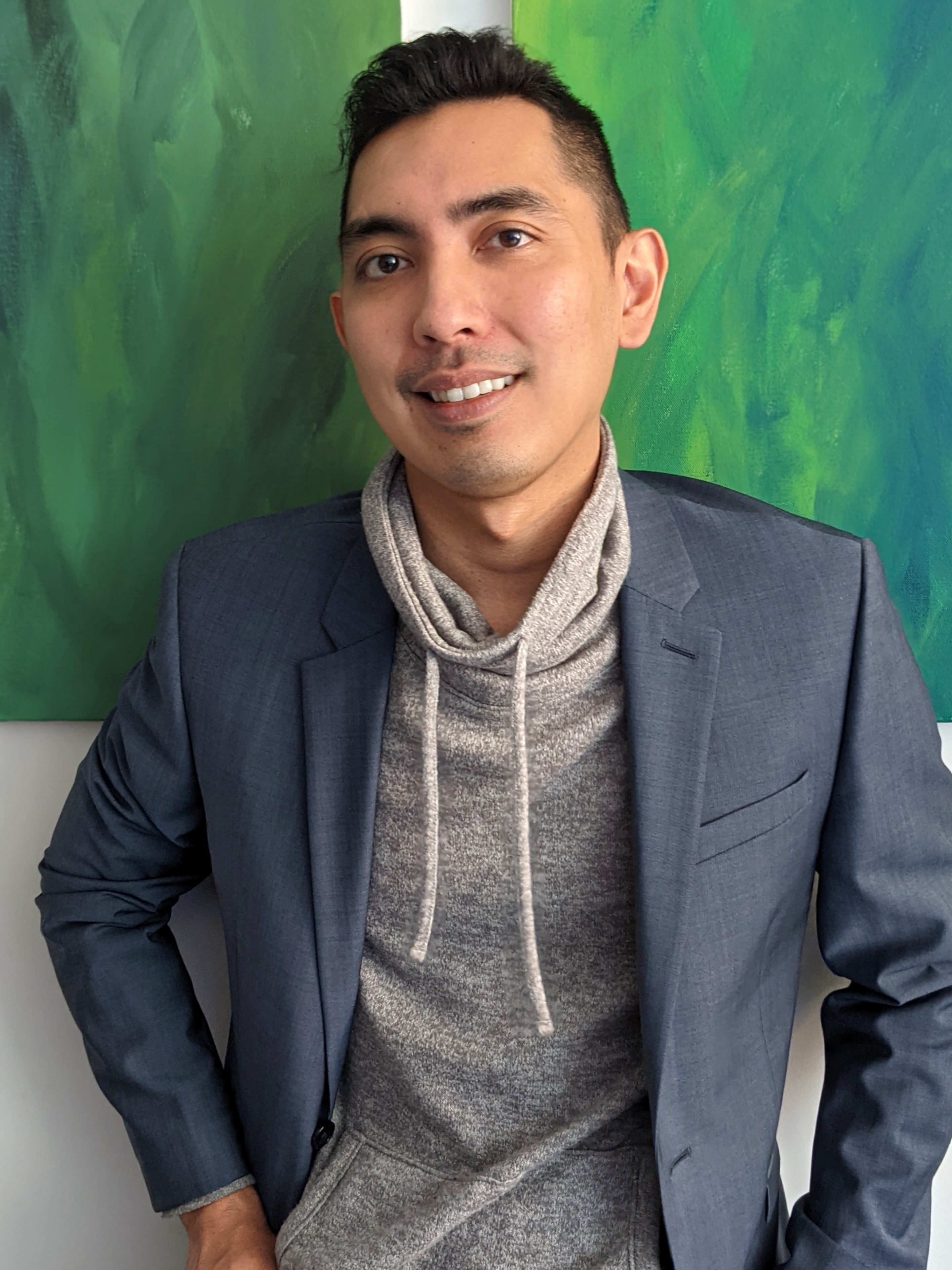 Adrian Ledda’s enthusiasm is infectious, and it’s clear that this work excites him and is deeply important to him. In addition to fulfilling his role as Senior Designer, he is also a strong voice in the company’s LGBT+ and Allies employee network.

“When it comes to accessibility, it’s something that we as gamers tend to take for granted. Our entertainment products are highly interactive, and we can't necessarily predict what the user will experience in any particular moment. Accessibility is quite a dynamic challenge when it comes to gaming,” he says.

Attending the Game Accessibility Conference (GAConf) in San Francisco in 2019, which coincided with the Game Developers Conference (GDC) that year, ignited Ledda’s interest in this issue. The GAConf is where a group of accessibility advocates speak to the gaming industry on the needs of people who benefit from or require accessibility. According to Ledda, “This to me was a fascinating topic as I was at the time thinking about inclusivity in gaming, and accessibility really is a very direct avenue to getting there.”

At the conference, he made some connections with the AbleGamers Charity and several speakers there shared their experiences, which were mostly frustrations about the accessibility barriers in games they were playing. 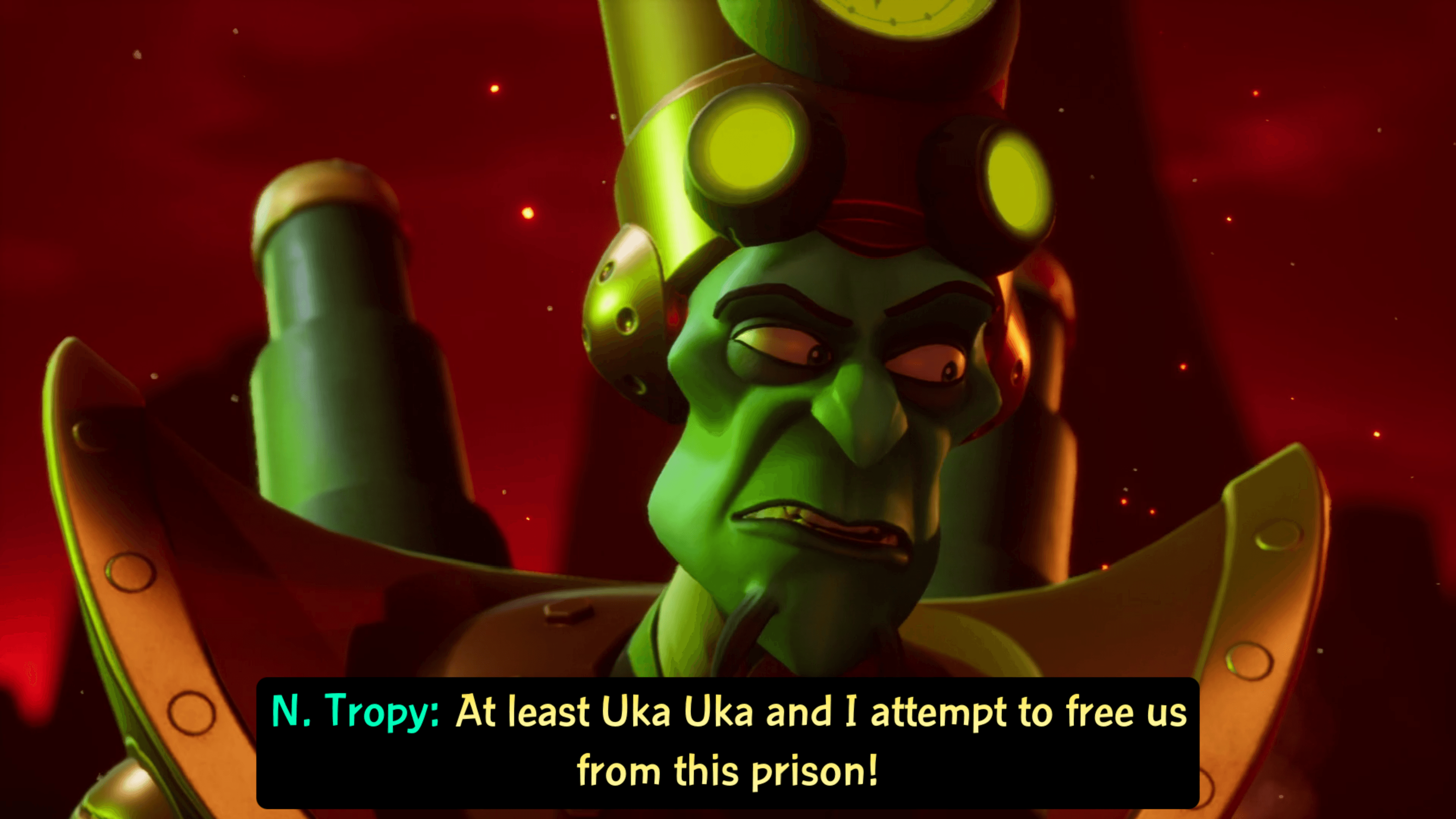 For Ledda, this opened up a new perspective on the diverse needs of gamers. He says, “A simple example might be that a player who is deaf or hard of hearing could be missing important cues that are really important narrative beats.” He adds, “In the absence of subtitles, these could be game instructions, humor or something tragic that defines the game experience, from which they’re now excluded.”

Typically, when we think about accessibility, we tend to think of a person in a wheelchair, or a person who has special needs. This is not necessarily the case. It may be a congenital anomaly that precludes full functioning or could also be temporary disabilities. Last Fall, Ledda had an accident and broke his wrist which compromised his ability to use his right hand for several months.

"I've been advocating for accessibility for the longest time, but it's completely different when it's yourself, and the reality is that this was a situational disability. I was able to recover after many months, fortunately. However, I had the same accessibility needs and required the accessibility features that other gamers benefited from,” he reminisces.

In Crash Bandicoot 4: It’s About Time, Ledda’s team helped create custom button mapping, wherein players can move any of the actions from jump to spin to special powers, to almost any other button on the controller, which allowed players to customize how they would play. This is an innovation that would benefit many gamers, particularly those with motor disabilities. 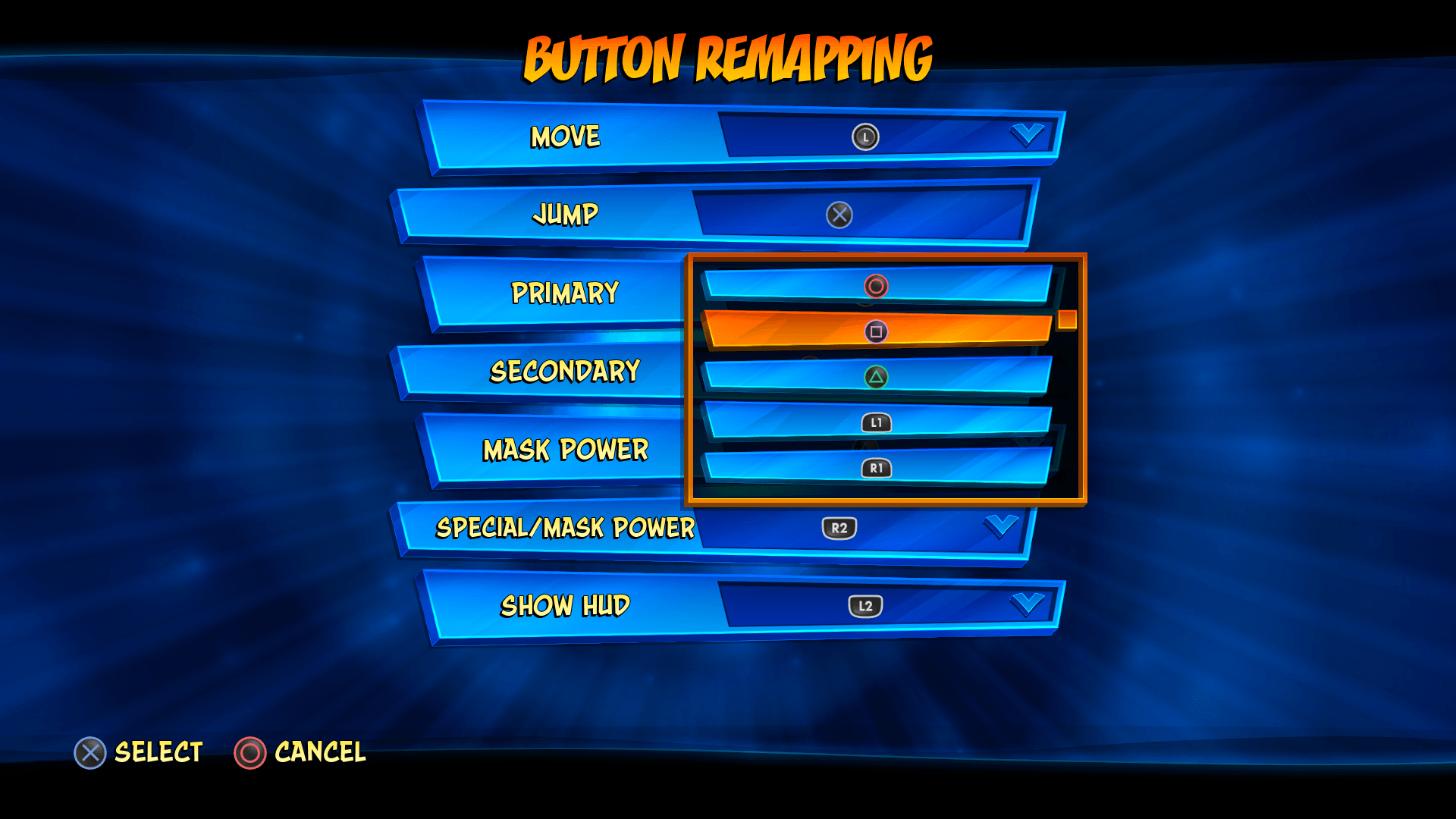 To be effective over the long term, it’s vital to create networks of accessibility advocates across the company. To this end, through AbleGamers, the company runs a formal course for game designers, artists, engineers, and programmers, to become certified in developing Accessible Player Experience, or APX certification training.

"We recruited about 50 people across the entire company, from product teams, game teams, development teams, and across disciplines,” he says.  “We were able to secure training for those 50 cohorts. It was a fantastic experience.”

What Ledda and other advocates have done is give lift to their passion for inclusion and accessibility. They have built awareness and the toolsets to make a difference at scale. “Once people are cognizant of the barriers to accessibility and how important they are to getting players to feel like they can play a game, they become ready allies and use inclusivity as a lens for their decision making”, he says.

He adds, “I’m not saying that we’ve arrived. Inclusion is a road that is never done being paved.” 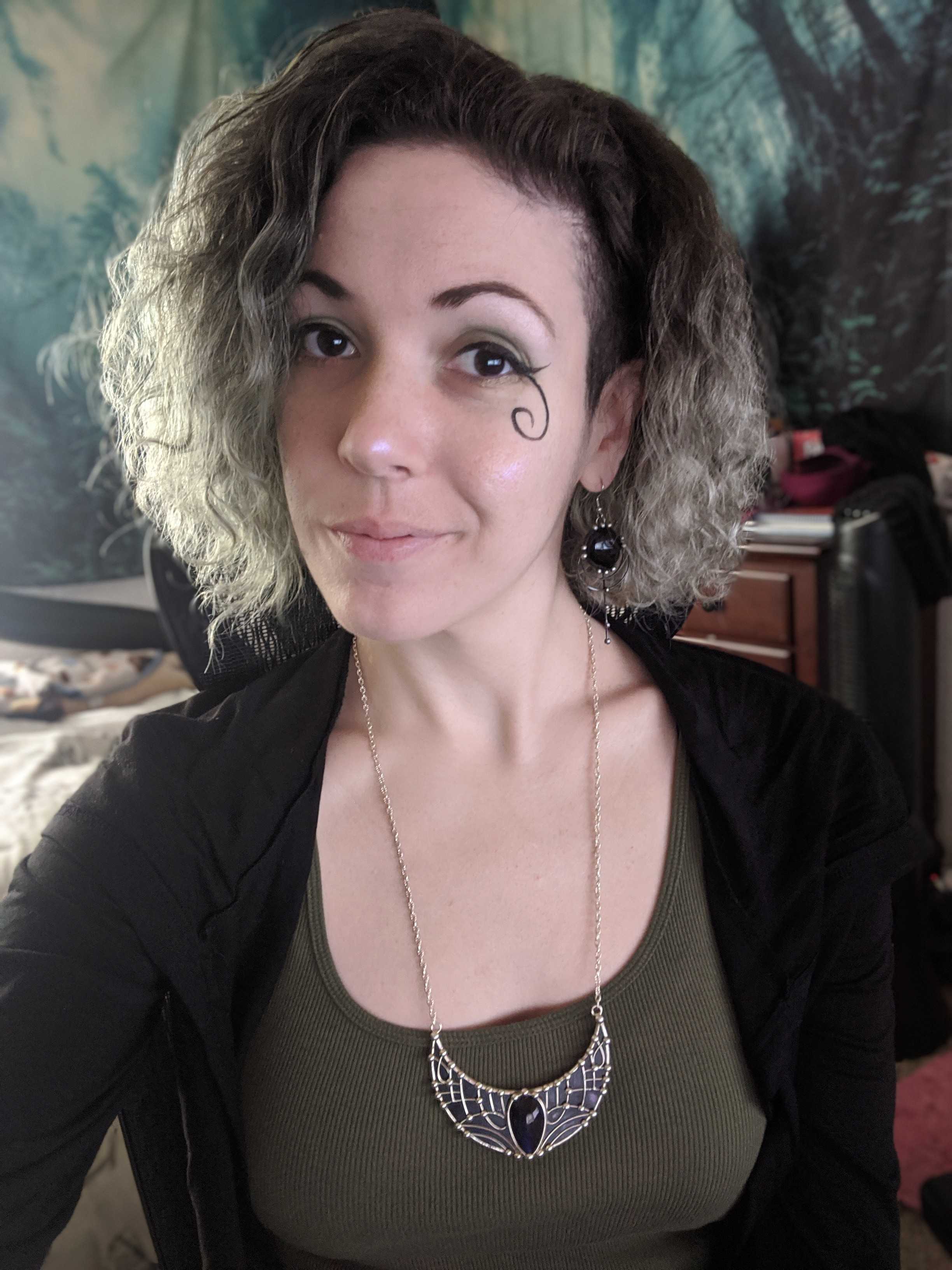 As a User Experience Researcher, Nikki Crenshaw analyzes player behavior data to better understand and serve our players in the use and enjoyment of our games.

She primarily supports World of Warcraft in her day-to-day role and then helps other teams’ level up in the context of accessibility.

Before she became an advocate for accessible design, her only exposure to this challenge had been an experience with one of her closest friends. “We’d met on World of Warcraft, and my friend is colorblind. We’d run into situations where there’s a color puzzle and I’d have to walk him through what was going on, so he could get through it”, she says. That changed when she attended the Games Accessibility Conference and listened to the numerous player stories that pointed to a much larger issue. “I realized that there was so much more we could be doing, and as a huge research geek, I started consuming as much material as I could on the subject.”

Since then, she has been working with Ian Livingston, her manager, to create an accessibility program at Blizzard. Through the Games User Research Team, they’ve been conducting accessibility–focused user research with players with disabilities to better inform the efforts to help make Blizzard games more accessible.

An example of its application is the recently completed research endeavor for the Diablo 2: Resurrected technical alpha, led by the Games User Research team. “We invited a hundred players with disabilities to participate in the alpha testing and to give us feedback”, says Crenshaw. “Our approach will go a long way in ensuring that the voices of these players are heard and are reflected in the game’s design.”

More importantly, this focus and passion to ensure that our games are welcoming to everyone is altering the way people think about accessible design and development. This shift in mindset, sparked by an understanding of what is possible both in terms of what our players want and what we can provide, is powerful.

"My favorite thing from a research standpoint is when we have an interview session or a usability session with a player with a disability, and one of the developers acknowledges that they’ve never thought about this before and now have a billion ideas running through their head” says Crenshaw. “There’s a great value that research brings by humanizing those experiences and showcasing the kinds of issues a player is running into while playing our games.”

At an organization where ‘Gameplay First’ is a core value, which means that the collective energies are focused on the success of the gaming experience provided to each and every player, accessible design and development is paramount. 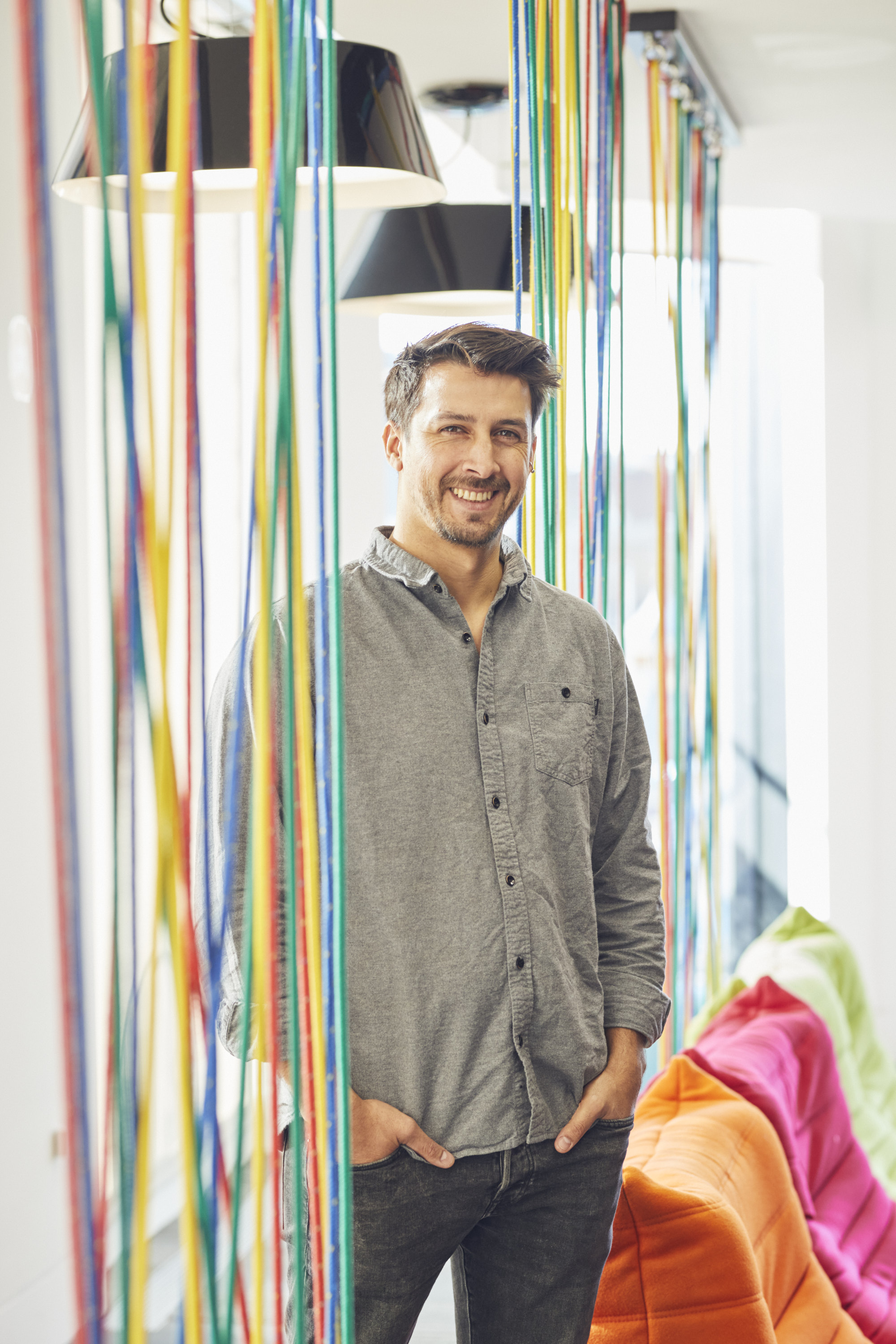 “Having accessibility options opens you up to more players.” -Emilio Jéldrez

As Senior UX Designer at King—the developers of hit mobile games like the Candy Crush franchise and Crash Bandicoot: On the Run! among others—Emilio Jéldrez focuses on accessibility in mobile games, a different beast compared to development on console and PC games.

At the end of 2019, Ian Hamilton, a luminary in the accessible game design space had given a talk at King’s London office to a group of developers. While that encounter sparked some interest in Jéldrez, his journey into accessible design happened by chance. When King offered its developers “hack days” each quarter to work on whatever they chose, this was exactly the sort of off-ramp pursuits they were hoping to catch-and-hatch.

"I wanted to focus on accessibility. I had all this player feedback, and a developer reached out to me on one of the first hack days and offered to collaborate. It was incredible” says Jéldrez.

They jumped in, created the framework and a working plan and decided to approach the wider team with their ideas around accessible design.

"Something everyone has internalized is bias, right? I call it the developer bias because you can understand it and you can play it, so you think everyone can play and everyone will understand it. It’s the same with ability bias. Since you have no problems playing the game, you think, oh, this won't present a problem to anyone else” says Jéldrez.

However, the truth is very different as evidenced by the feedback from players. Something as innocent as ‘flashing particles’, just white noise for many, can be painful for some players. Or take ‘parallax scrolling’ on a game map, easy for many and tough for players with motion sickness. For players with ADHD, the 3D characters who move around, affect their ability to focus. This and so much other valuable feedback is now factored into the game design process.

Games have become a social phenomenon connecting billions of players around the world. At Activision Blizzard and King, we embrace our responsibility to ensure that our games reflect society – accurately, accessibly and aspirationally. Through our efforts, we want all our players to see themselves reflected in our games, and to feel safe and included in the worlds we create. This is an imperative that also reflects our company’s mission – our true north – to connect and engage the world through epic entertainment.

Thank you, Adrian, Nikki, Emilio, and your teams, for your ongoing efforts in making our games more accessible to everyone. We can’t wait to see what the future holds.