Thirty years ago, Allen Adham convinced two of his engineer friends from UCLA to make games with him. On February 8, 1991, the three of them formed a company and got to work—building desks, bringing their computers into the office, figuring out how to set up the phone system. When it came to the real work at hand, though, their early charter was simple: they wanted to make fun games, the types of games that they themselves liked to play. That was their ethos, business model, and chief design pillar wrapped up in a single statement. 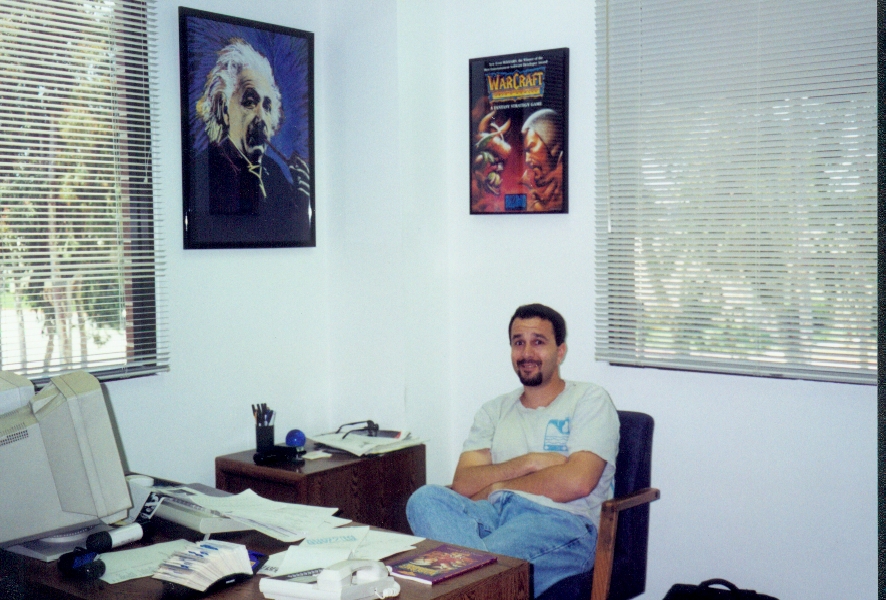 Allen Adham, in his office during the early days of Blizzard.

As they began developing and shipping their early projects and bringing more likeminded people into the company, one thing started to become clear about “the types of games they liked to play”: there were a lot of other people out there who also liked to play the same types of games.

Their early original titles, The Lost Vikings, Rock N Roll Racing, and Blackthorne—released for consoles in 1993 and 1994—drew broad acclaim and sold well enough to fund the company’s foray into the realm of PC-game development.

With this new direction, the company – now known as Blizzard Entertainment – went from strength to strength, delivering multiple genre-defining experiences and consecutive #1 bestsellers year after year, from the first Warcraft strategy games; to the original gold standard action-RPG Diablo; to the fountainhead of professional esports, StarCraft. Along the way, Blizzard steadily amassed a global audience of players and fans who valued the company’s creativity, innovations in multiplayer gaming, and rigid adherence to its values with each new release.

As the company has grown and evolved over the years, its deep connection with its audience has never wavered.

Where the Magic HappenS 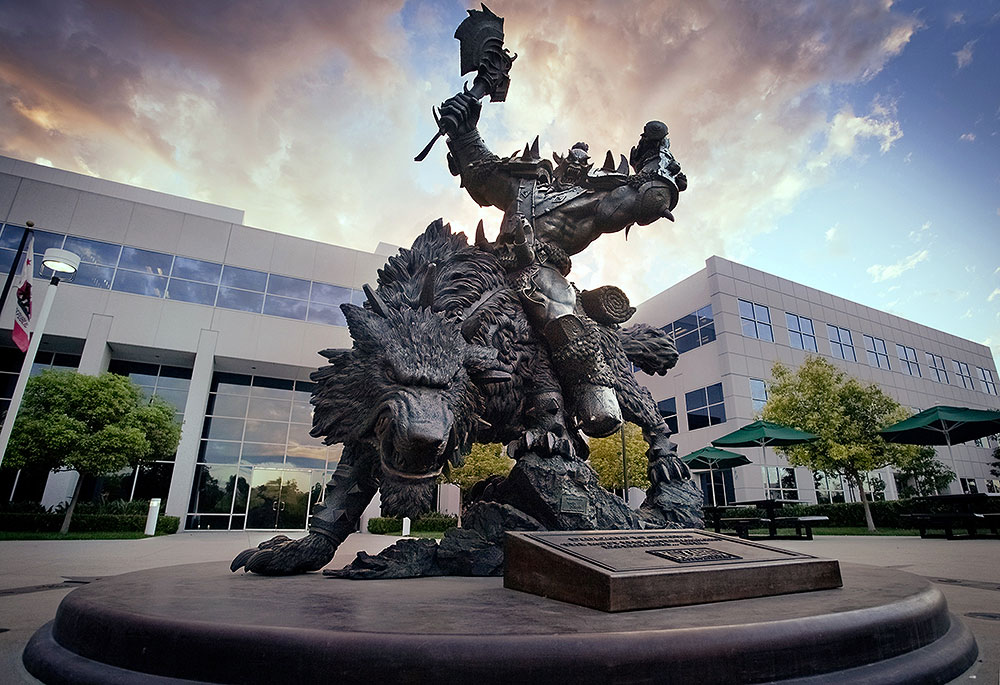 Today, Blizzard is headquartered on a sprawling campus in Irvine, California, that spans nearly 20 buildings, and houses a few thousand employees across multiple disciplines. Situated in the campus’s main courtyard stands a 12-foot-tall bronze statue of a fearsome orc warrior riding atop a massive wolf, surrounded by the company’s eight core values, also in bronze.

Long-time employee Rob Bridenbecker, an executive producer and vice president at the company, notes why the values are so integral to everything Blizzard does: “The core values were organic. We’d been living these values for a long, long time. Gameplay First—that was just something Blizzard set its sights on from the beginning. The most important thing is to get the games right, make sure they’re fun, and that they last. So, at some point, we got together and decided to write [the values] down, and they resonated with everyone.” 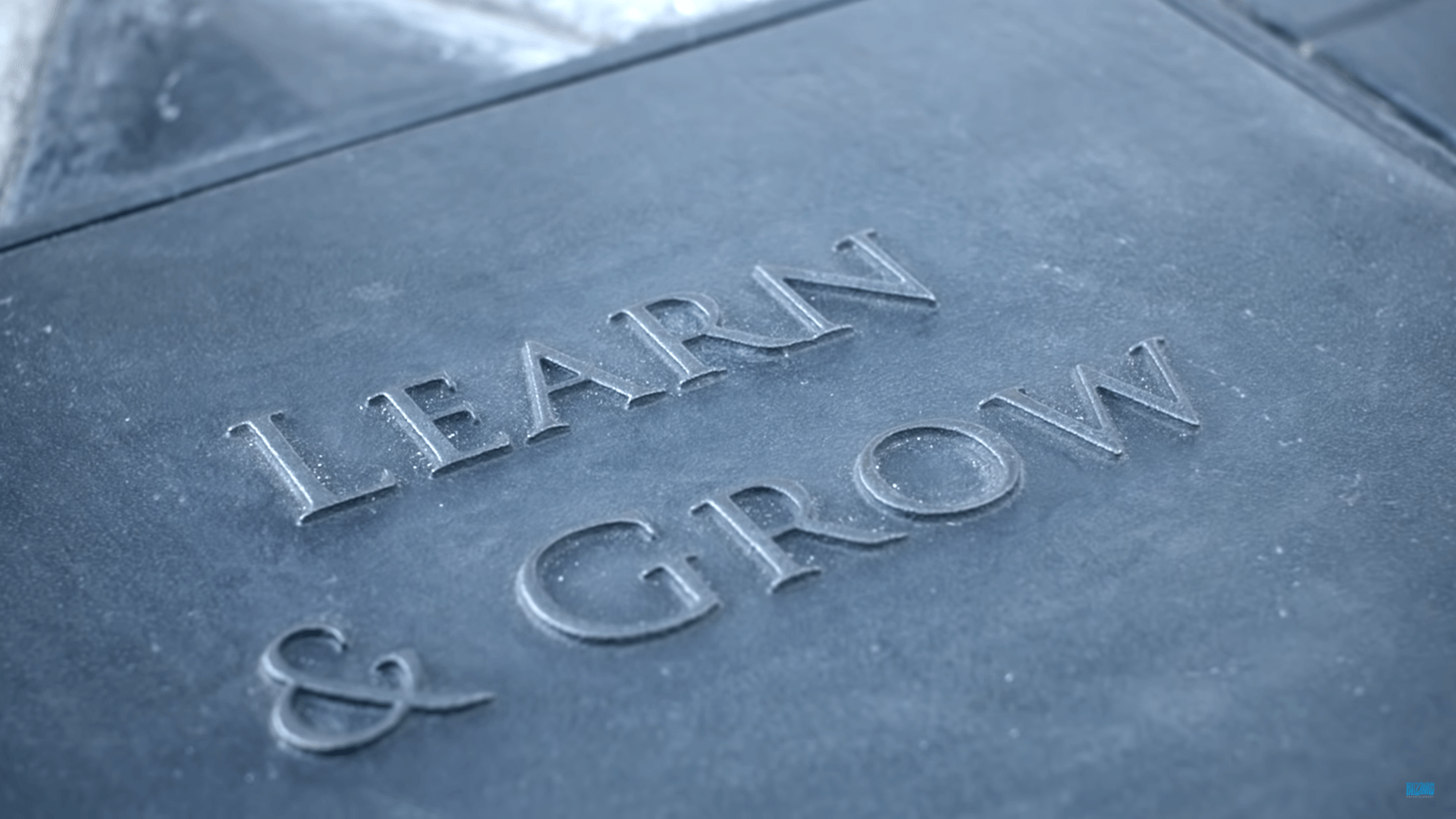 Many Blizzard employees are in offices around the world, but no matter where they’re located, all teams have a strong connection to the company’s values and its mission, its raison d’etre — “Dedicated to creating the most epic entertainment experiences . . . ever.”

“Working at Blizzard is hard to describe. We come into work every day, or fire up our computers from home nowadays, and we’re just instantly connecting with a bunch of other people who love what they do,” says Lydia Bottegoni, who leads one of Blizzard’s creative powerhouses as the executive vice president of story and franchise development. “Every day it feels like you’re building or adding to experiences that are important because they reflect things you value and because there are millions of people, everywhere on the planet, who like you, believe strongly in what you’re creating.”

The Heart of Epicness 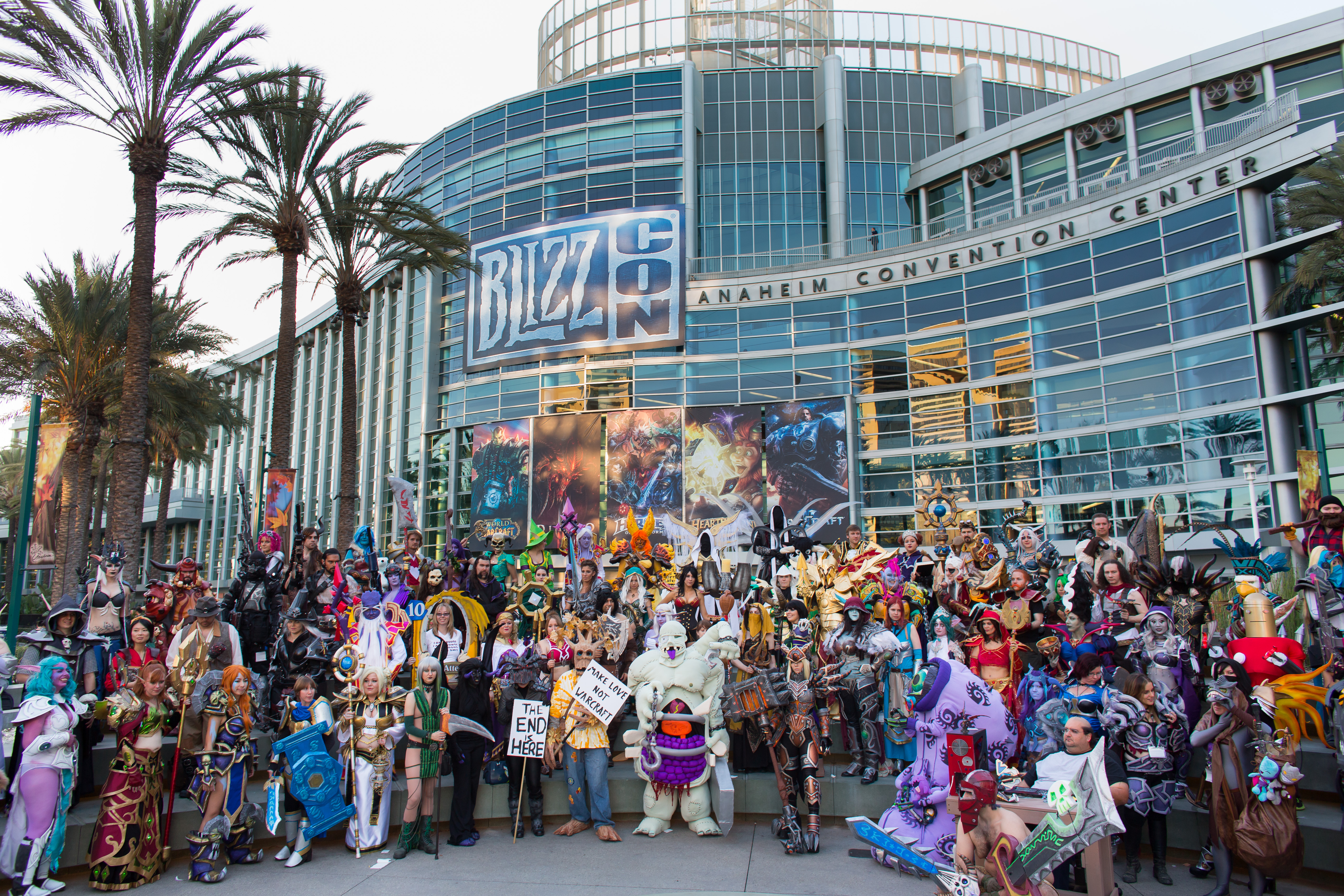 Blizzard’s connection with its audience is legendary. While not every execution is perfect, and not every interaction is the happiest, one thing that’s defined Blizzard over time is its deep sense of obligation to the players who have fueled the company with their passion, encouragement, and personal investment in the worlds and characters that Blizzard has created.

During her 10 years at Blizzard, Saralyn Smith, executive producer of BlizzCon and formerly head of community development, has seen firsthand how much the community, as a whole, cares about the quality and intention of the games, the well-being of the developers, and each other. “I’ve had people, on more than one occasion, come up to me at BlizzCon and just be adamant that I pass along their feedback to one of the development teams about a design change they felt was vital for the game, and then in the next breath thank me profusely, as part of Blizzard, for building and maintaining an amazing and inclusive world for them to play in.” 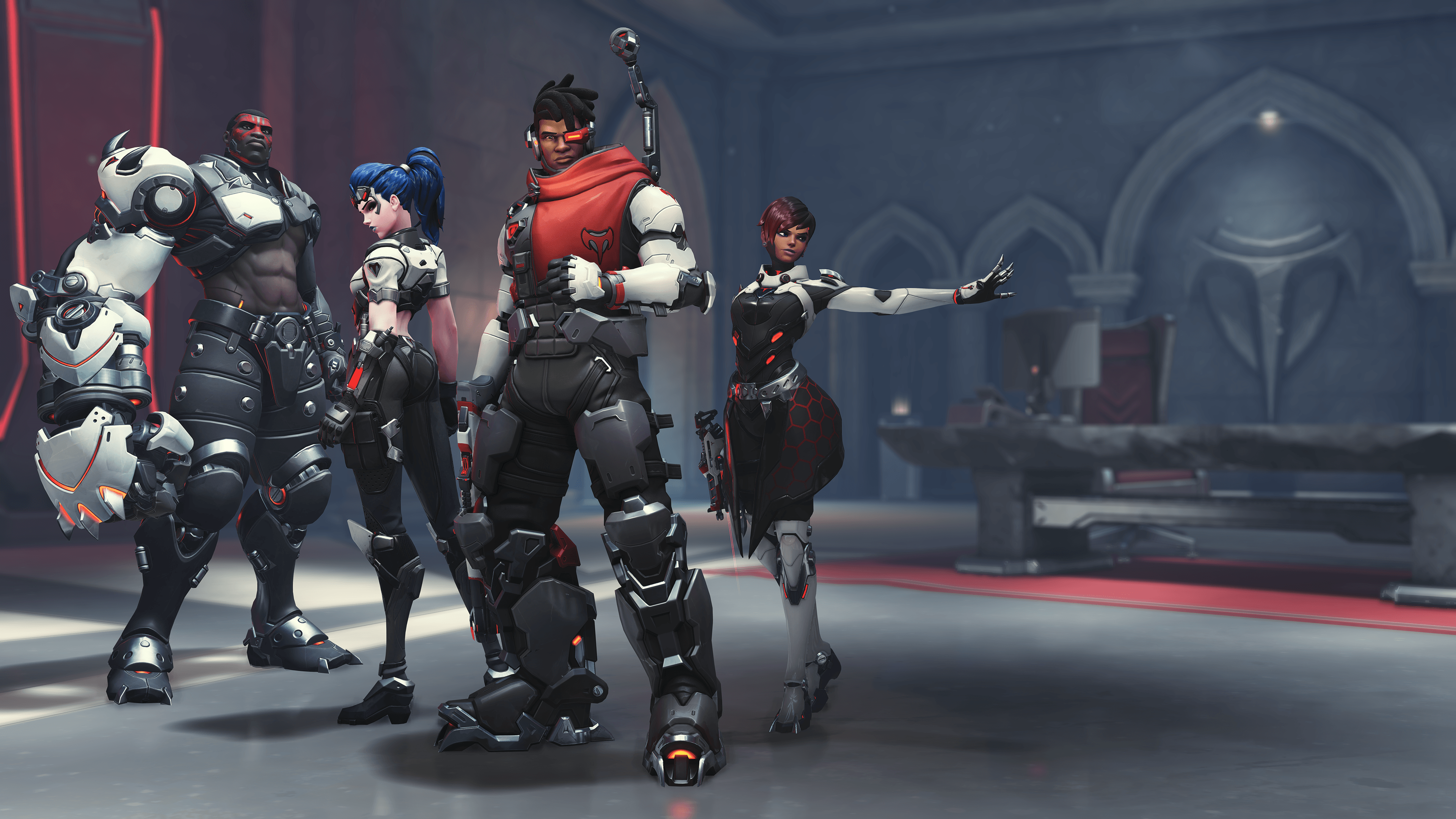 Smith says it’s not just the games that makes working at Blizzard fulfilling and rewarding for her. “It’s really the players. They build these amazing and diverse ecosystems that are the lifeblood of our games and communities. And their talent! Seeing the goodness, the warmth and joy that people express when they’re decked out in this awesome, creative, intricate cosplay; when they’re cheering each other on; when they’re showing off their skill in competition or teaching each other how to play—that’s what this is all about.”

Blizzard’s teams have always approached each game as committed players themselves, as much as game developers, and they’re constantly in contact with their fellow players in the community, absorbing feedback.

Looking back at the foundational years for each franchise, Bridenbecker adds that this is one of the reasons why the Blizzard audience continued to grow as it did, year after year. “Players knew we were in this thing with them, and they stuck with us from game to game, and more players joined with each new game and so on. You don’t build a community by chasing trends and jumping from one thing to the next; you do it by making good stuff and being there for people the same way that they’ve been there for you.”

In Pursuit of Inclusion and Fairness

Growing a dedicated audience doesn’t just take creativity and investment; Blizzard has also shown over the years that evolving and growing with your audience is critical. “Making fun games” has always been at the core of what the company does, but when the majority of your games are heavily social multiplayer experiences, you quickly come to realize how important matters of cheating, fairness, civility, and representation are to providing successful and welcoming online worlds and environments.

Ben Lee, game director on Hearthstone, cites that game’s communication system as an essential part of its success. “By keeping interactions with your opponent focused on a collection of emotes — ‘Greetings,’ ‘Thanks,’ ‘Well Played,’ that kind of thing—it generally helps keep the mood light even during some pretty intense head-to-head play.” 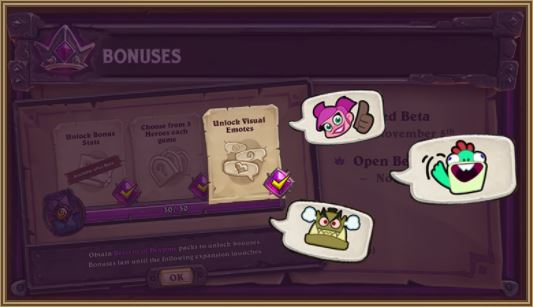 An important element for fostering an inclusive and collaborative environment is establishing game systems and policies that define and detail what sorts of behaviors are acceptable and what aren’t. John Hight, executive producer on World of Warcraft, points out, “It’s actually a lot of work to try to get these things right, but it makes a huge difference in helping people feel welcome and included in the game experience you’re creating for them.”

While Blizzard’s approach has differed from game to game based on the experiences the development teams feel are right for each game, the overarching pursuit of diversity, inclusivity, and fairness remains a strong focus. Whether supported through game policies, communication systems, or even directly through diverse hero design, Blizzard has strived to create a welcoming online space for its players no matter who they are or where they’re from.

According to Hight, “We fundamentally design our games to be inclusive and collaborative in nature. We find that when people put their differences aside and express themselves freely, they tend to exchange thoughts and ideas based on trust, knowing that the person they’re tackling foes with is someone they can count on.” He adds, “Via voice and text communications in-game, people have come to understand each other’s viewpoints, and in many cases formed meaningful relationships with other players outside the game.”

30 Years, and We’re Just Getting Started

Blizzard might have much to celebrate, looking back at the hits, the players, and the growth over the past 30 years, but another through line for the company has been its sense of humility, exemplified by a craftsmanlike approach to each game, and its focus on the future. As Blizzard embarks on one of its most ambitious development plans in its history, Jennifer Oneal, its executive vice president of development, is clear that, “As a company that strives to connect and engage people around the world, it’s important that our players and communities see themselves represented and respected in our games.” She adds, “We recognize the opportunity we have to create a more accepting world, while also entertaining communities. Players should feel that anyone and everyone can be a hero, and we work to create experiences and characters that are authentic to help achieve this.”

“Building our desks together all those years ago was actually a really important foundational experience for Blizzard,” says Adham, who’s heading up multiple new-game initiatives at the company. “You could say we were under a kind of spell. We were excited to get started, we hoped people would love what we were going to be making, and we started dreaming up these worlds that we felt were well within our reach to make real. Thirty years later, we’re still here building things together, and it feels like we’re only getting started—there’s so much cool stuff ahead of us, and we can’t wait to bring our players along for the ride.”

Congrats, Blizzard, on 30 epic years, and here’s to the next 30 and beyond!