Bringing 400 million players together, in a world that stayed apart

During this time, everyone had a role, from “essential workers” keeping the world stocked and moving, to healthcare warriors on the frontlines of the global pandemic, to the rest of us who stayed home to stop the spread. While in lock-down, people craved shared experiences, and for our global community of nearly 400M players [1], gaming provided a secure outlet for social connection, immersion and engagement.

Activision Blizzard’s mission to connect and engage the world through epic entertainment has never been more meaningful than it is today.

In a year where we needed to be physically apart, we connected people through epic entertainment

Taking a Safety First, Player First approach, we partnered with the World Health Organization (WHO) for #PlayApartTogether.

This campaign utilized our platforms to offer critical health and safety information, while awarding players with in-game events and rewards to promote and incentivize social distancing. In keeping with this spirit, King, the maker of the Candy Crush Saga, added free, unlimited lives to eight of its most popular games. 18.3 billion free lives were used, and 4.6 billion levels were passed during the campaign. Game rounds played, doubled in the first few weeks leading up to King’s busiest day in history, in late March.

At a time when so much entertainment was delayed, we continued to deliver epic games and expansions in 2020, and our community responded in record numbers. 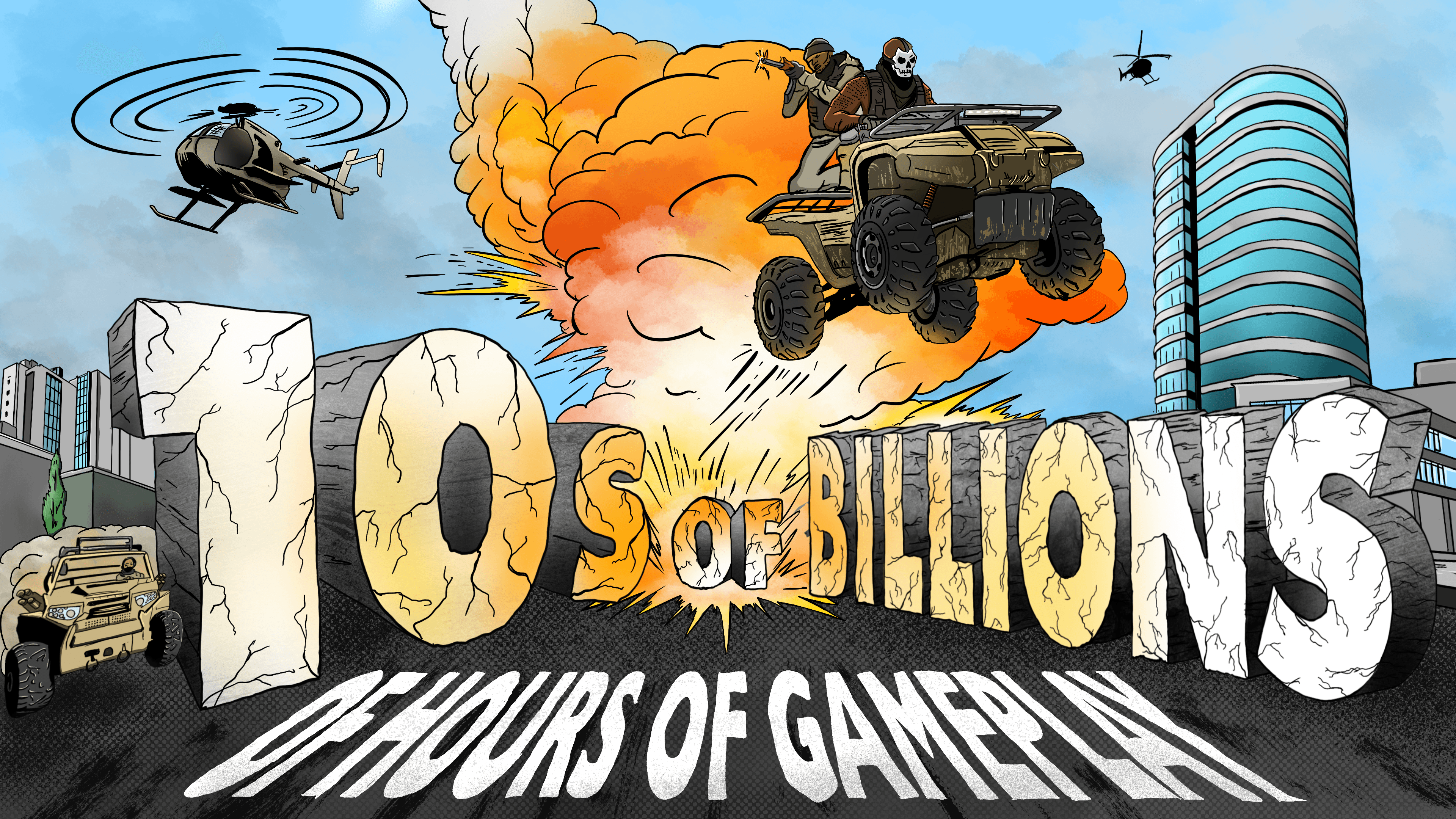 Players have spent tens of billions of hours in gameplay, on our platforms.

The Call of Duty (COD) franchise, with over 100M monthly players surpassed $3B in net bookings over the prior 12 months. In chronological order, contributing to these all-time franchise highs in 2020 were: 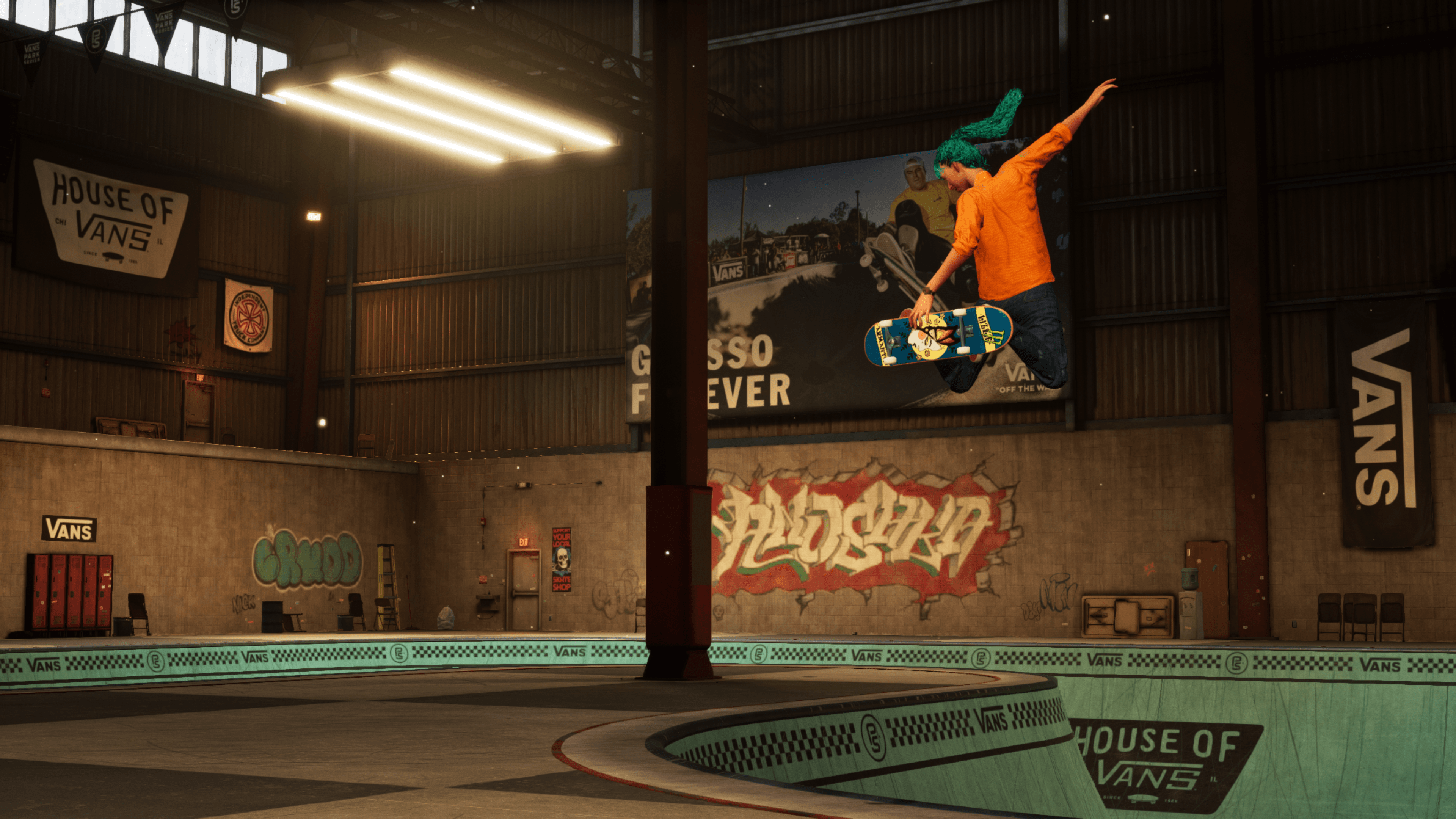 Other notable examples of our impact include:

Our people fueled our mission to ensure that the joy, social connection and unexpected benefits of gaming continued uninterrupted.

When COVID-19 hit and as employees transitioned to working from home, we speedily bolstered our already robust benefits and resources to include priority access and full coverage for testing, improved direct access to care in cities where our employees lived, and enhanced mental health support, among other innovative health and wellness choices.

To support game development which requires the sharing of enormous files back-and-forth, quickly, between developers, our IT and Central Technology Operations teams innovated to increase VPN capacity by over 40X, to enable high-speed, secure sharing across continents. On average, during development, our teams download over 500 builds-per-day, nearly 60TB of data at peak, to home-based consoles.

Another instance of ingenuity emerged from the question, ‘How do you continue in-game voice-over work while socially distancing?’. 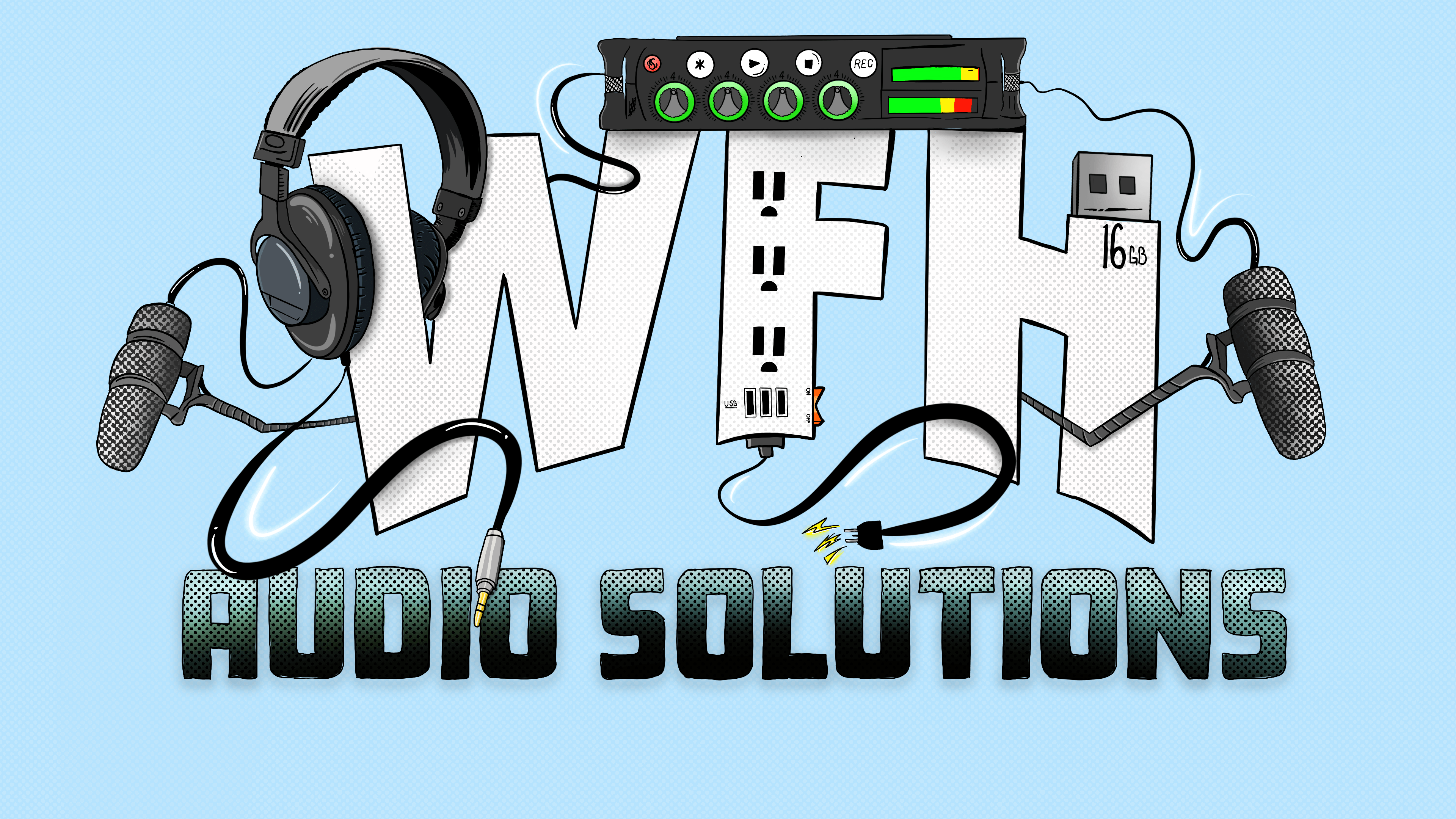 The result was a bespoke Audio-Kit-in-a-Box, that the team conceptualized, built and shipped, in a matter of weeks.  The first session was recorded on April 27th for Tony Hawk Pro Skater 1 + 2. Since then, over a dozen kits have been built and used for over 100 sessions in the US and Europe.

Our teams continued to question and innovate around established paradigms. For example, Machine Learning is being used to superimpose an actor’s face (captured via a simple phone video) on a game character. This potentially offers a more effective and safer approach by reducing the need for travel.

When necessary, we went back to the studio with an abundance of caution.

The work done at our Motion Capture group, Activision Capture Studios, in Los Angeles, required infrastructure that is hard to replicate remotely. As a result, this was among the first teams to return to on-site work.  Taking a conservative approach to planning, anchored in a commitment to people safety, the team was able to develop a plan that inspired confidence within the production team as well as with the SAG-AFTRA labor union. In particular, rapid testing with a 10-minute turnaround, and protocols around equipment sanitation using a UV light machine were both incredibly effective and efficient.

Our people led with empathy and creativity, lending their support to bolster communities and offer assistance when it was most needed.

In the fight against COVID-19, we donated over $5M to hospitals, healthcare organizations, and nonprofits working to care for the sick, as well as on promising drug trials and plasma therapies to aid in recovery.

While we helped connect people through gaming, we also connected people to opportunities through our various efforts. Our CEO, Bobby Kotick, personally donated $1M to the UNCF, Equal Justice Initiative, and Management Leadership for Tomorrow. In addition, employee-giving to these causes was matched, up to $1M each, by Bobby, and Activision Blizzard.

Our ongoing partnership with Girls Who Code continued, with the goal of bridging the gender gap in our industry. We partnered with Diversi to announce the Aspiring Womxn scholarship that’s open to all female-identifying (cis, trans) and non-binary students. The program includes access to attend the 2021 Game Development Conference virtually, and also offers networking, learning and development opportunities. 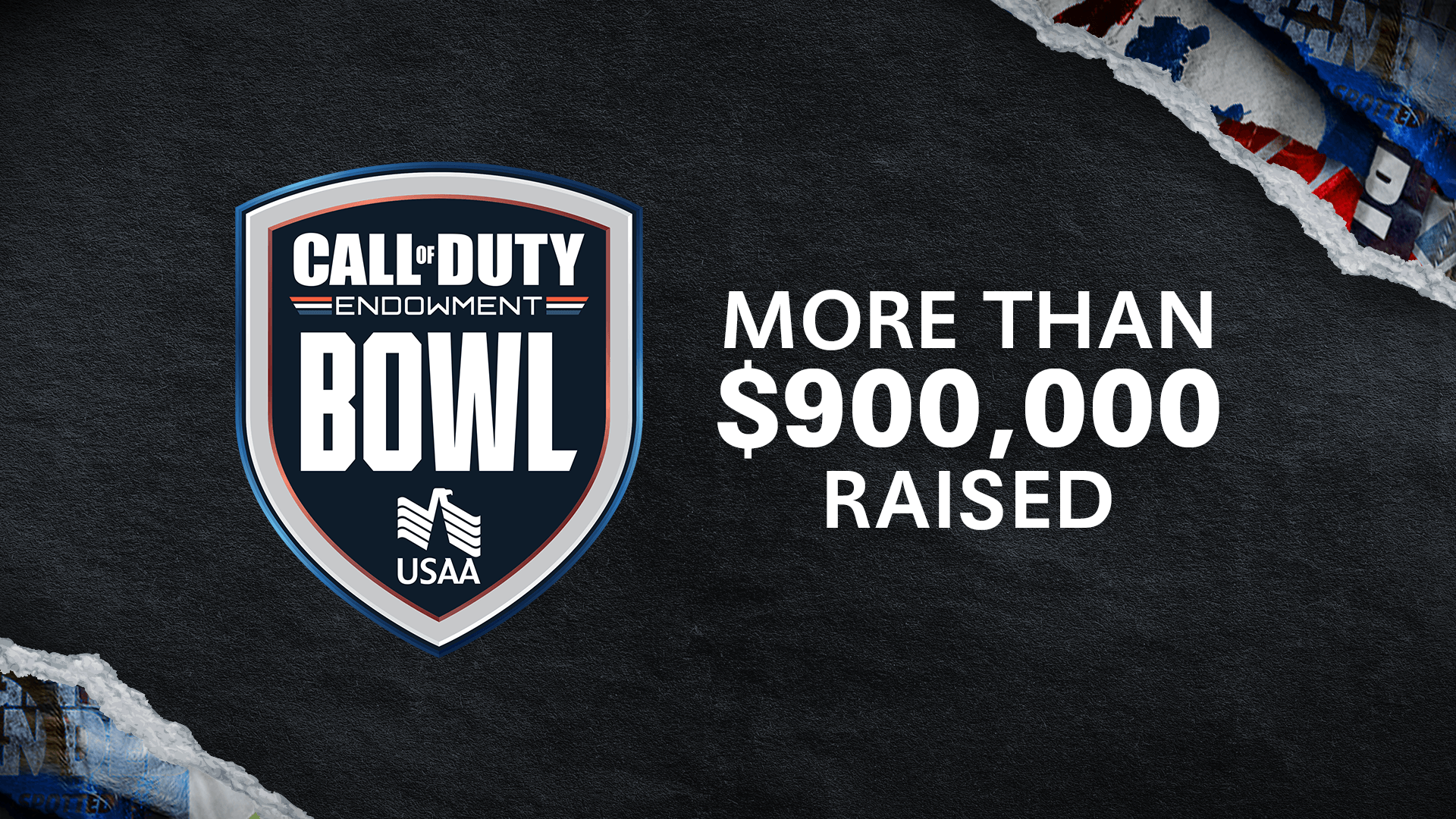 Featuring more than 8 military branches from the U.S. and the U.K., the U.S. Space Force won, beating the Royal Air Force in a nail-biter.

As the largest private funder of veterans’ employment, The Call of Duty Endowment (C.O.D.E) responded with purpose and urgency to combat a 31% increase in veterans seeking support for employment in 2020. Through an additional $2M donation from Activision Blizzard, C.O.D.E had its best performing year, placing veterans at under 1/6th [4] the cost incurred by the U.S. Government. In December, the second annual C.O.D.E Bowl raised more than $900,000 to support the Endowment’s mission, more than doubling funds raised in 2019.

Despite the headwinds of 2020, we grew the gaming landscape

Our games are increasingly reflecting our communities. 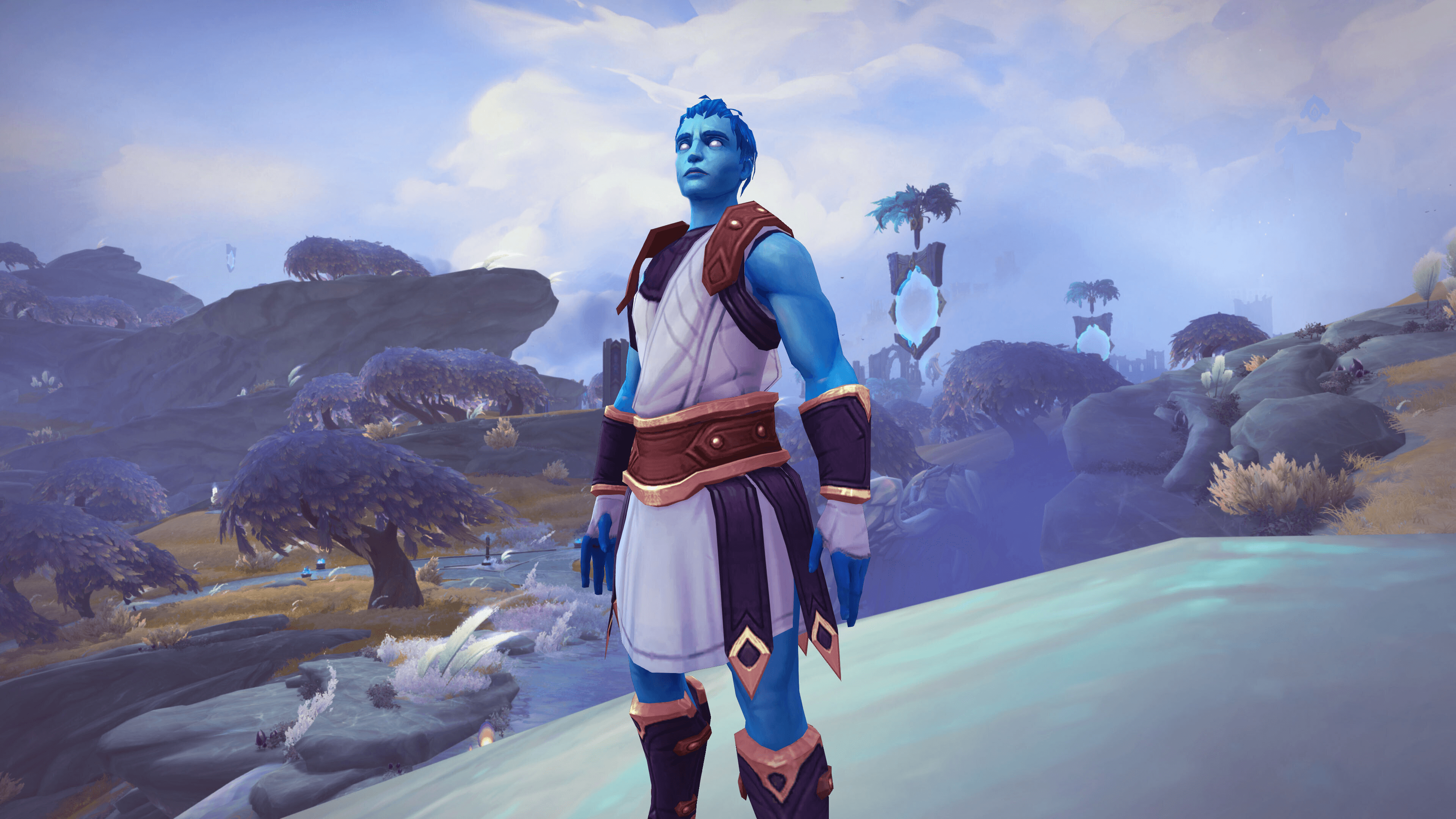 Pelagos broke ground as one of the first explicitly transgender characters in the Warcraft series. Presenting as female in his mortal life, he chose to be a man in Shadowlands.

Overwatch features 32 heroes, of which 13 are women, 12 are heroes of color, and two are gay. Tony Hawk’s Pro Skater introduced a selection of new skaters, including the addition of two female skaters from Brazil and Japan, and Leo Baker, a non-binary skater. In Call of Duty: Black Ops Cold War, players can now, as a first for the franchise’s single player mode, select 'non-binary' as a gender option.

This year, we also aligned with key cultural moments through special in-game engagements. Our Call of Duty Crescent Moon event celebrated Ramadan, which resulted in a 500% increase in views in the Middle East alone. Overwatch also symbolized the ‘fast and feast’ aspects of Ramadan by introducing two lantern-themed, in-game sprays, during the holy month.

Year to date, mobile gaming is a significant platform both in revenue and users.

Mobile gaming represents the next frontier of innovation at Activision Blizzard and King. In fact, year to date, it is a significant platform both in revenue and users. Candy Crush crushed it again, making it the top-grossing franchise in U.S. app stores, and Call of Duty Mobile demonstrated impressive levels of reach and engagement. Interest is also strong in China, where over 50 million players have registered ahead of the game’s upcoming launch.

E-sports pivoted to virtual and had a world-record year.

When COVID-19 hit, all live events and professional sports, including esports, ground to a halt. Our esports teams pivoted to deliver a virtual experience. Fans of the Call of Duty League (CDL) logged more than 13 million viewing hours since the shift online. The inaugural CDL championship was the most watched event in the league, drawing more than 340,000 viewers. The Overwatch League (OWL) 2020 Grand Finals was viewed by a global audience of over 1.6 million [5] people watching at any minute during the broadcast, making it our most watched esports event in history. It is clear that esports has grown the gaming landscape in 2020 and will be an area of expanding engagement in the future.

In 2020, gaming played an important role in keeping the world socially connected, entertained and safe. Thank you for immersing yourselves in the worlds and experiences that we take enormous pride in creating.

In the year ahead, we look forward to breaking new barriers, imagining new worlds and with you, building communities and social platforms that will strengthen the bonds of human connection.

Thank you for playing!

[1] For the quarter ended September 30, 2020, overall Activision Blizzard Monthly Active Users (MAUs) were 390 million. MAUs, defined as the number of individuals who accessed a particular game in a given month averaged across the number of months in a respective period.

[2] Based on App Annie Intelligence

[3] Based on number of indoor & outdoor skateparks in the world, according to Surfer Today site