We reflect with Co-Studio Head Thomas Wilson on Beenox’s journey from a small apartment in Quebec to developing the Best Sports/Racing Game of 2019, as well as welcome in new Co-Studio Head Nour Polloni.

French for “we have it in our blood,” this phrase is the rallying cry for Beenox, the Canadian game development studio that celebrates its 20th anniversary this year.

In the year 2000, their history began with a few developers risking what they had to make a tiny apartment in the Saint-Roch neighborhood of Quebec City into their home base for innovation within the industry. From that humble beginning, the studio knew creating AAA experiences was in their blood.

Today, Beenox leads the Call of Duty franchise’s PC development working closely with the series’ lead studios, while also contributing behind the scenes to the Call of Duty League’s inaugural season. That’s not even mentioning the studio’s work on both Crash Bandicoot 4: It’s About Time and Tony Hawk’s Pro Skater 1 + 2 this year, as well as its award-winning release of Crash Team Racing Nitro-Fueled in 2019.

“At Beenox, we live by three core values: Teamwork, excellence and balance,” said Thomas Wilson, Co-Studio Head at Beenox. “We strongly believe that developing the amazing entertainment experiences we create can only be achieved by working as a team.”

This team has far outgrown that small apartment, currently hosting over 250 team members on their tremendously talented roster that plays just as hard as they work. This includes the “Beenolympics,” a yearly tradition that evolved from a simple backyard game tournament between employees.

“Funny story about the Beenolympics,” Wilson recalled. “It all started with a fun internal activity for the employees to get to know each other a little bit better. It then eventually evolved into goofy family competition at our annual BBQ organized by our Social Club, which hosts more than 25 activities a year that both the employees and the organization contribute to.”

From game and movie nights to family-based activities around the holidays – and, of course, curling and hockey when possible – the Beenox Social Club, Wilson said, is a massive part of developing personal and professional growth across the company. In turn, these events help bring the studio together, allowing them to develop games as one team.

“We believe a balance must be struck between one’s work and one’s personal life,” Wilson said. That’s why I can proudly say we have 47 employees who have been with us for more than 10 years and 10 team members above 15 years!” 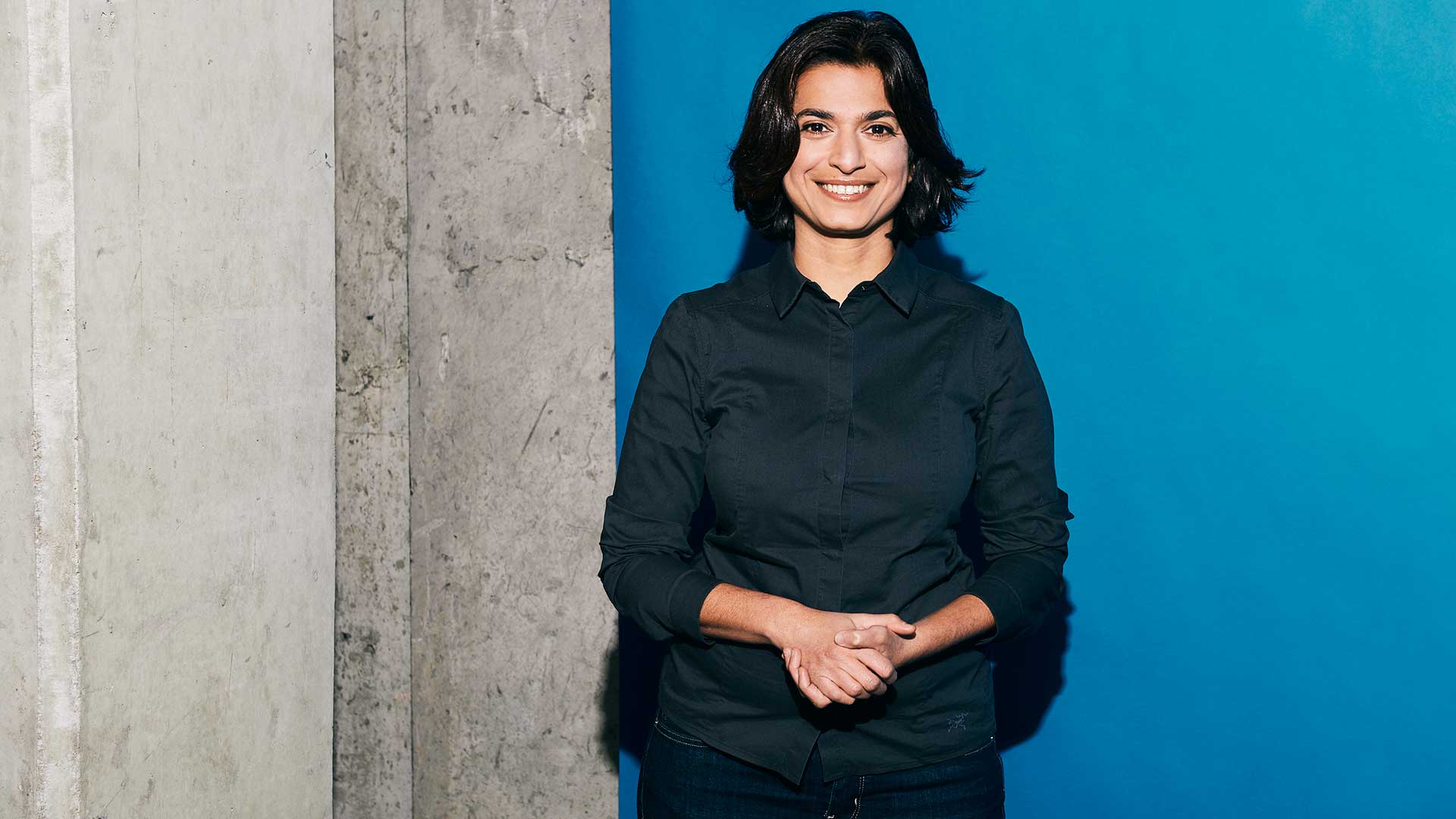 Among these veterans is Nour Polloni, who enters her ninth year at the company. She had served as the studio’s Executive Producer since 2016, prior to her appointment to join Wilson as Beenox’s Co-Studio Head earlier this month, adding one more reason for celebration during the studio’s 20th anniversary.

“Nour has been an integral part of the studio ever since she joined our team nine years ago,” Wilson said. “She cares tremendously about the wellbeing of the people she leads, but cares equally about the commitment that goes into making the great entertainment experiences that we are building. With Nour as co-studio head, we can count on her to drive the level of excellence that we continuously want to surpass while motivating every team to bring the best out of themselves.”

“It’s very exciting to join forces with Thomas to contribute to our studio’s strategic development within the organization,” Polloni said. “I’m looking forward to continue to build and enrich our collaboration with partner studios, as well as with other teams at Activision, Blizzard and King. Primarily, I’m driven to support our teams, help them grow, surpass themselves and shine in bringing great entertainment experiences to our community.” 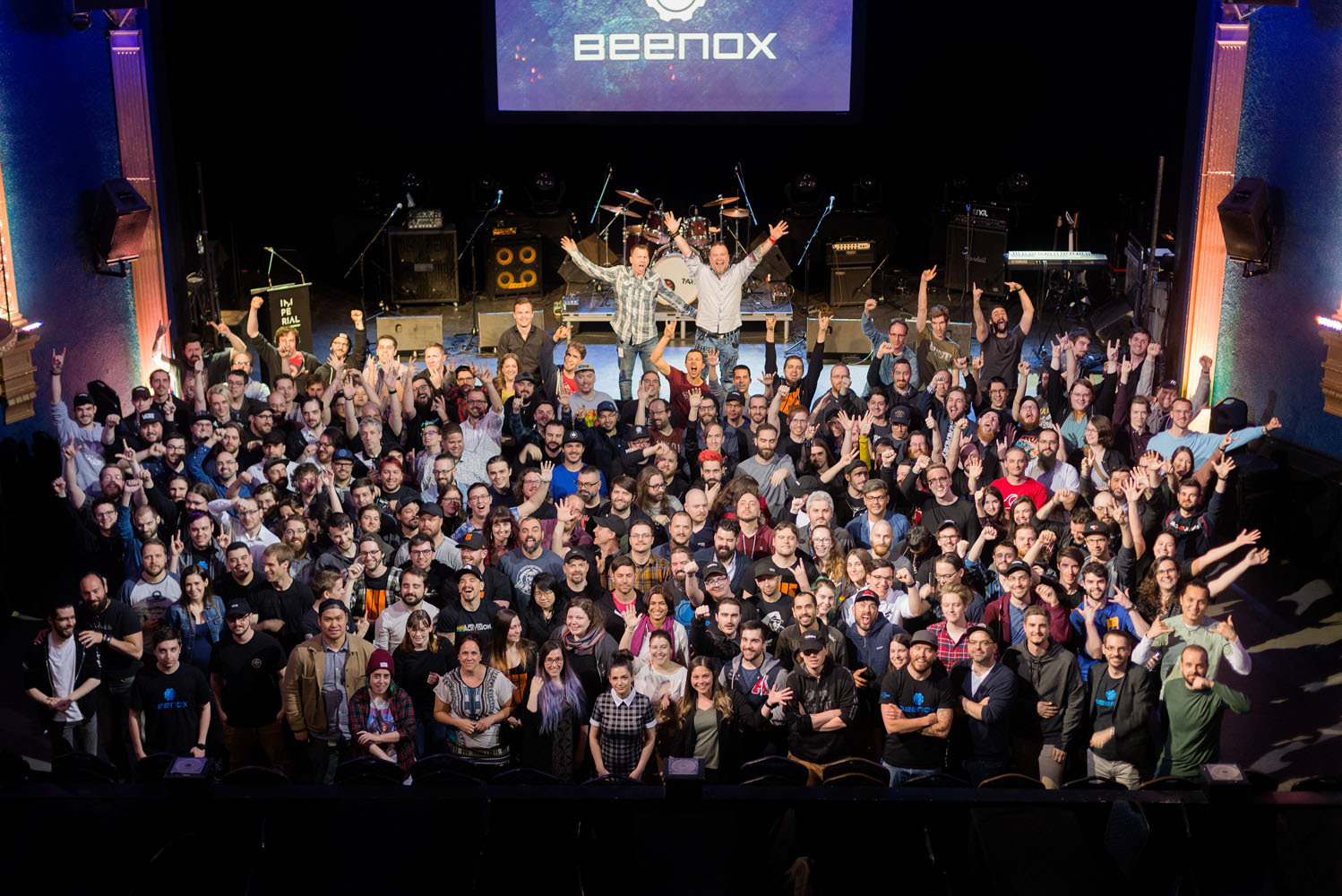 After releasing their first game in 2001, Beenox innovated in platform conversion technology, as the team “ported” AAA console games to PC and Mac platforms.

Over the next four years, Beenox grew to a 32-person team, releasing over a dozen ports to those platforms.

After years of knowing what was in Beenox’s blood, Activision acquired the studio on May 25, 2005, noting at the time of the deal that Quebec held one of the fastest growing development talent pools in North America.

Among that talent was a young Thomas Wilson, who joined Beenox three months after that acquisition. He called this young studio “the underdog” among others at the time, as when he was brought in as its Creative Director, Beenox wanted to shift from porting games to creating one from scratch using one of the publisher’s licenses. 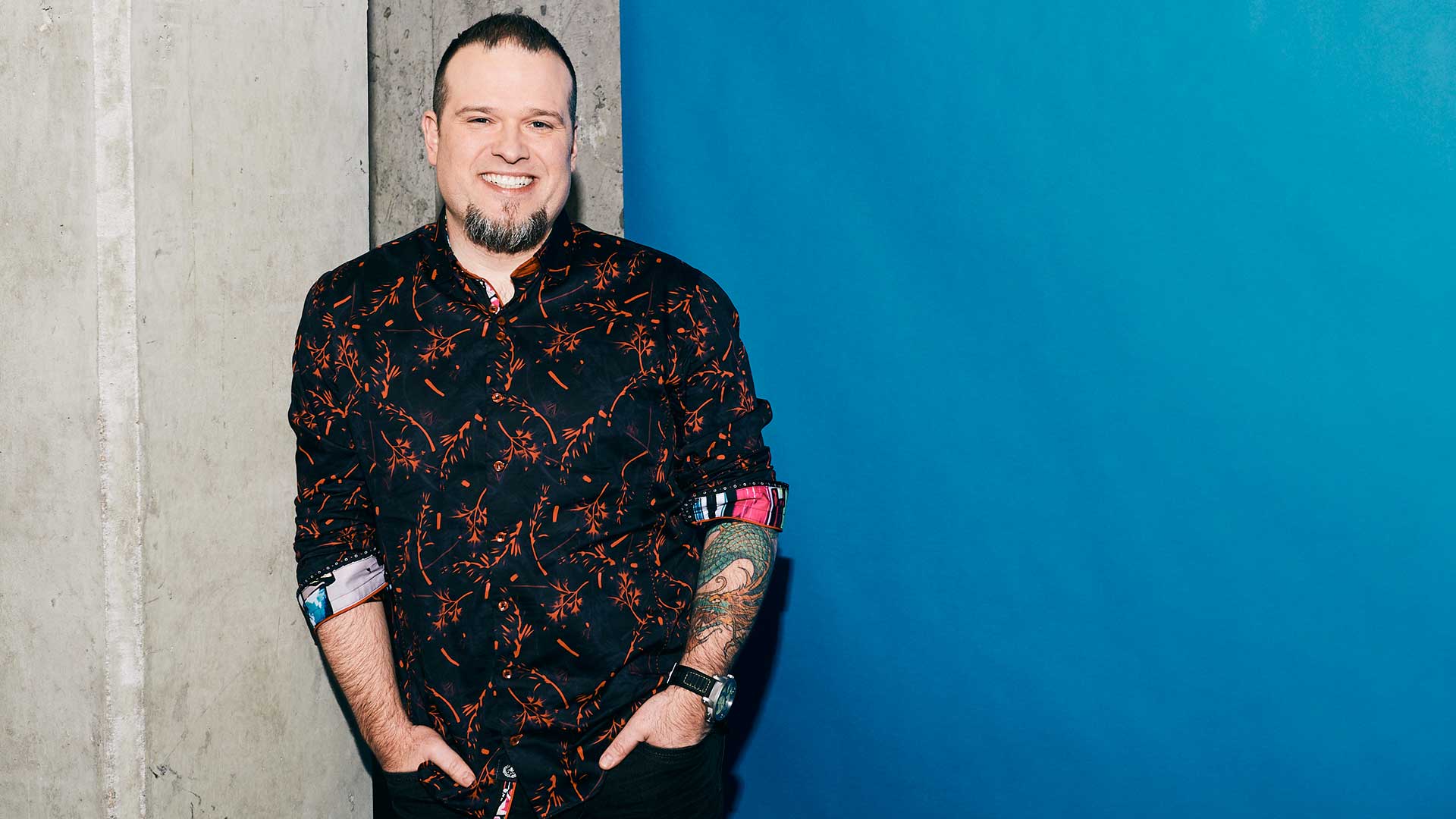 “We had everything to prove and there’s nothing I like more than a good challenge,” Wilson said. “Recruiting experienced individuals proved to be a challenge back in 2005, so we turned to schools and hired what we considered the be most promising candidates of each program. In two years’ time, we shipped our first original title (published by Activision) with a team of young, talented and passionate game developers.”

In December 2012, Wilson stepped into the role of co-studio head, helping to lead Beenox toward collaborative efforts with fellow studios Toys for Bob and Vicarious Visions on the Skylanders series. Meanwhile Nour Polloni started a year prior as a Senior Producer.

“The speed in which the team adapted to this new universe, the passion that was invested in each aspect of the game, the deep commitment to quality and respect to the license was inspiring,” Polloni said. “The teamwork and mutual support between team members to accomplish our goals, not just within Beenox, but also with our partner studio, confirmed to me even more that Beenox is an incredible studio to be part of.”

This versatility brought them to assist with another franchise starting in 2015: Call of Duty. Their efforts began initially with a Call of Duty: Black Ops 3 port to previous-gen consoles, which then led to a collaboration with Raven Software to develop Call of Duty: Modern Warfare Remastered in 2016.

In 2018, Beenox would emerge as the franchise’s official PC studio starting with Call of Duty: Black Ops 4, working closely with Treyarch, where they also provided development support for some of the game’s Multiplayer content. 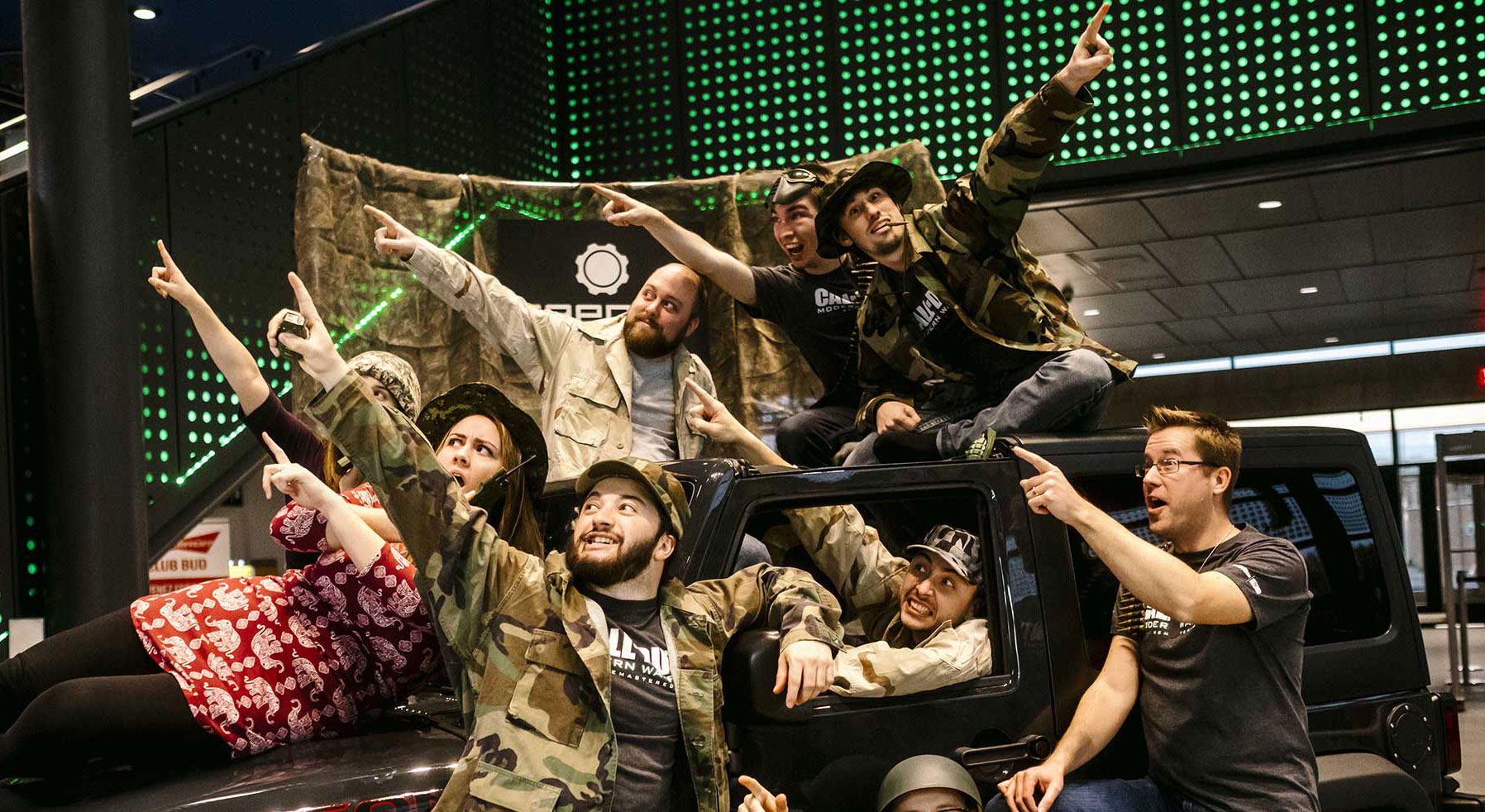 And of course, Beenox is back supporting Call of Duty: Black Ops Cold War to bring the PC version to release this year, an experience that Wilson was thrilled to have the community experience through the game’s recent Open Beta.

“We always want to put our best foot forward, especially when it comes down to the PC version,” Wilson said. “Ever since the launch of Black Ops 4, we have constantly worked on improving the user experience on PC. Black Ops Cold War is no different. We’re looking forward to launch where people can expect a more refined, polished, and fully customizable experience as never before.” 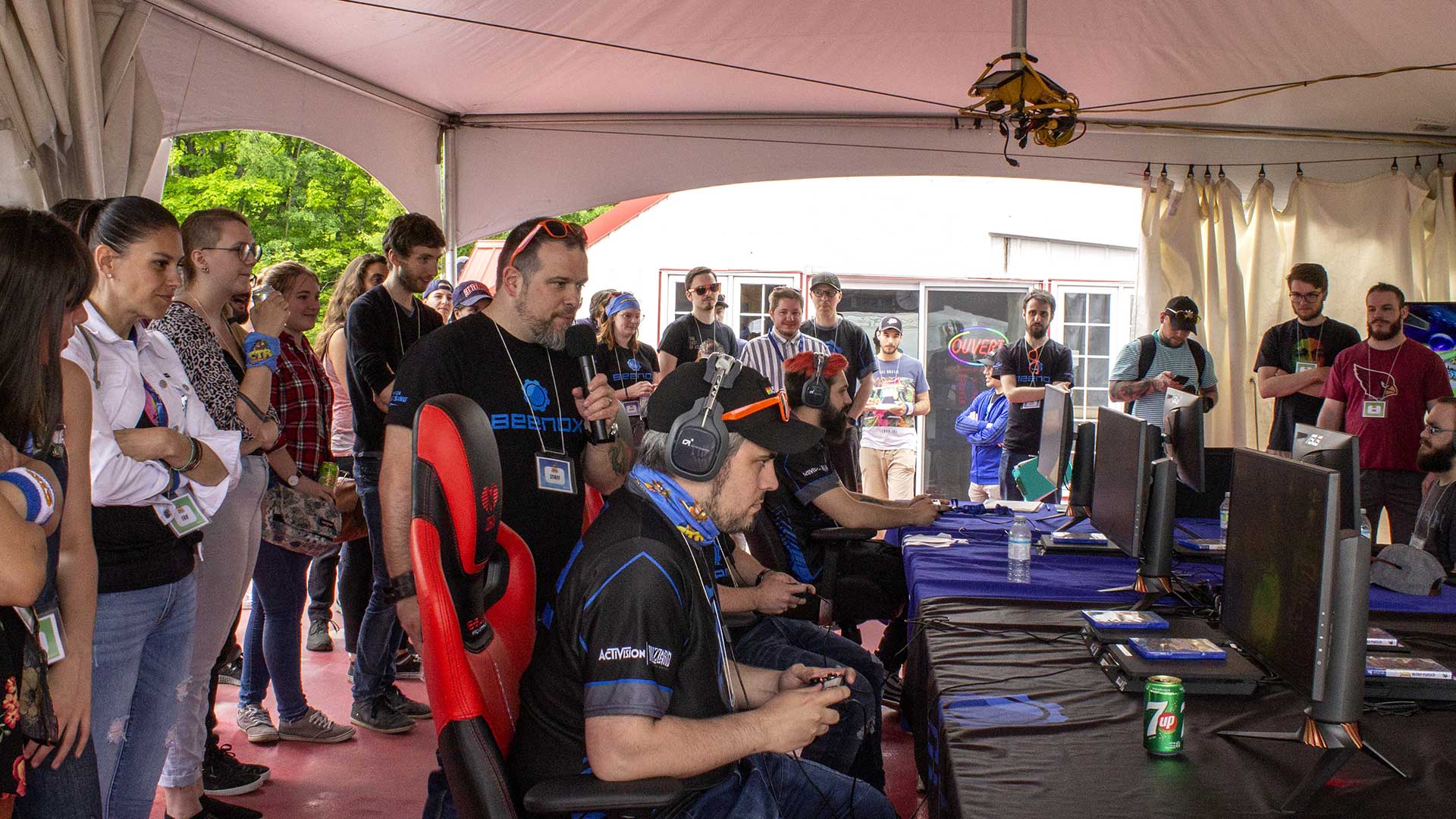 On top of being a major contributor to Call of Duty, Beenox has kept busy with Crash Team Racing Nitro-Fueled, which won the Best Sports/Racing Game at The Game Awards 2019 among other accolades.

“From the get-go we set ourselves to create something more than a simple remaster,” Polloni said, recalling her time as Executive Producer at the studio. “We wanted to create a tribute to Crash, to surprise and delight by releasing brand new characters, karts and tracks every month, inspired not just by the universe but also coming from our creative minds! To receive this recognition through the awards as well as from the reactions of the community fills us all with pride and gratitude.”

They kept close to the Crash franchise in 2020 by developing N.Verted Mode in Toys for Bob’s Crash Bandicoot 4: It’s About Time, while also going back to their THPS roots by helping out Vicarious Visons with Tony Hawk’s Pro Skater 1 + 2.

“Creating AAA games nowadays require a massive amount of work and we will gladly land a hand to help them create best in class experiences for the community,” Wilson explained. “Working on multiple IPs with their unique tone and challenges is part of what I like so much about Beenox: the studio can be defined by its love and respect for multiple intellectual properties.”

Thanks to everyone at Beenox for constantly showing the gaming community what’s in their blood – a passion and dedication towards creating fun and immersive gaming experiences across multiple platforms – and congratulations on 20 years in the business.